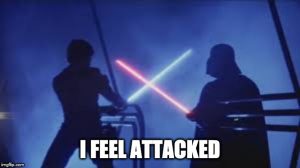 Will India Succumb to the Dark Side?

For the 27th year in a row, India has made it to the infamous Priority Watch List in the Special 301 Report – an annual classification exercise by the office of the US Trade Representative, meant to put pressure on nations allegedly not complying with United States’ domestic standards for intellectual property protection. The list classifies certain countries as belonging to a ‘watch list’, or a ‘priority watch list’, and is meant to strengthen any potential trade action that the US may wish to bring against such countries in international forums like the WTO or in bilateral trade agreements.

We have covered previous inclusions into this list here. While the report points out to important inadequacies in India’s IPR regimes (such as patent processing times, or the exports of counterfeit pharmaceuticals), what is particularly notable for the Special 301 report is the ‘patently’ obvious hypocrisy and double standards at play, the US’s attempts to influence the domestic policies of sovereign nations (despite their compatibility with multilateral norms like the TRIPS), and the strong influence that lobbying parties like the Pharmaceutical Research and Manufacturers of America have on the outcome of the report.

This year’s Special 301 report continues the USTR’s grouse with several Indian laws and TRIPS-compliant exemptions, particularly those utilised for access to medicines and access to knowledge. For example, the report criticises the ‘potential threat’ of compulsory licensing, even though, as Prof. Basheer has pointed out, the US continues its own forms of granting ‘judicial’ compulsory licensing). Further, the report lashes out against the patentability standards under the Indian Patents Act, stating “In the pharmaceutical sector, Section 3(d) of the India Patents Act restricts patent-eligible subject matter in a way that fails to properly incentivize innovation that would lead to the development of improvements with benefits for Indian patients.” Recall that Section 3(d) is meant to prevent the evergreening of patents, which was upheld by the Supreme Court in Novartis v Union of India.

The report also criticises the Indian Government’s efforts to require FRAND licensing for GM products with seed companies, even though, as we reported on the blog, these guidelines were subsequently withdrawn 3 years ago.

Interestingly, another point of criticism in the report pertains to the recent online broadcasting licensing saga playing out between music publishers and online streaming services. While the issue is sub-judice, the report points out that “overly-broad exceptions for certain uses have raised concerns about the strength of copyright protection and complicated the functioning of the market for music licensing.” It also praises India’s accession to the WIPO TRIPS+ treaties (colloquially called the internet treaties) and calls for legislative action to reflect the treaties requirements.

The outcome of the Special 301 report relies upon the US following up its findings with actions in international forum. Generally, the USTR recommendations seem to be ignored by the target nations, although one objective of the exercise is to prioritise countries against whom the US intends to pursue action in the WTO dispute settlement proceedings.

However, the Trump presidency has somewhat changed the dynamics of Section 301, the namesake law which allows unilateral executive action in order to enforce US trade rights. The law has resulted in tariffs and trade barriers being imposed against China, with one sticking point being the lack of enforcement of US patents by the Chinese Government. Whether The Donald will turn his eyes to India next, and what implications this could have, though, remains to be seen. At the very least though, we can expect the US’s gripes about India’s legitimate public interest patent and copyright exemptions to continue.