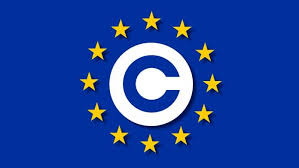 We’re pleased to pleased to bring to you a guest post by our Fellowship applicant, Arushi Gupta. Arushi is a 2nd year student at Maharashtra National Law University, Mumbai. This is her second submission for the Fellowship.

On 26th March 2019, the Parliament of the EU passed the amended EU Copyright Directive. In previous posts on SpicyIP, here and here, the developments of the Directive were tracked. By way of amendment, the EU inserted Article 11 and Article 13 (Article 15 and Article 17, respectively, in the final text). Article 11 is a “link tax” which mandates platforms to pay license to link out to news publishers. Whereas, Article 13 states, “online content sharing service providers (OCSSP) and right holders shall cooperate in good faith in order to ensure that unauthorized protected works or other subject matter are not available on their services.” It departs from the current system of “notice and takedown” (NTD) (also followed in India) in which rights-holders issue a notice to intermediaries to remove infringing content. The new system is “notice and staydown” (NSD), which mandates OCSSPs to put in “best efforts” to prevent unauthorized copyrighted material from uploading and procure licenses from right holders. For this, OCSSPs have to invest in upload filter technology. This faced significant criticism from experts, activists, rights-holders and the business world.

The aim of Article 13 is twofold. First, it is to make OCCSPs pay right-holders and reduce the value gap. Second, it is to reduce infringing content on the Internet. There would be drastic consequences. For the business world, the impact would depend on the revenue. The reform is aimed at making the likes of Google, Facebook and You Tube rightfully remunerate rights-holders. However, giants like Google might actually benefit since it sells substantial amount of upload filter technology. On the other hand, small or new companies might find the cost for content filter technology unsustainable or a barrier to their entry, respectively.

This reform oversimplifies artistry. Today, the Internet is thriving on inspiration. To create more art, artists are relying on previous art. This is especially true for fandom, remix, and sites like Pinterest, Instagram or Deviant Art. This is the “participatory culture”. Such reform would chill participation and free speech.

Critics have assailed upload filter technology as a “censorship machine”. But, they fail to take into account that regardless of law, intermediaries were likely to move towards automation (for e.g., You Tube’s content ID). Further, other forms of censorship (for e.g., nipples, political content) already exist. Thus, censorship is not a unique harm of Article 13.

Article 13 was uniformly criticized. Inadvertently, every criticism was the effect of inefficient technology. In response, some have argued that this signals the end of copyright law in the digital age.

The Role of Copyright in the Digital Age

Let’s not be hasty. In this post, I would make an economic assessment of copyright law and Article 13 to understand the future of copyright in the digital age. The economic rationale for copyright is the trade-off between the cost of creation and the incentive to create. It is assumed that no one creates for free. Thus, copyright creates an artificial scarcity and blocks access to the work to charge an admission in order to prevent free riding. This is a positive externality, which the law internalizes. These benefits are internalized as long as the costs of internalizing do not exceed the social benefits. Further, it is important to reduce social costs. Here, exception of fair use/dealing is relevant.

In the digital space, it is impossible to block access to the work. Thus, the problem of copyright enforcement crops up. If there were no copyright, then there would be free riding. Copyists would offer those works for lesser, which would reduce the profits of innovators and they would be unable to put more in research and development and justify the cost of authorship. In the digital field, this is exacerbated since the cost of copying is virtually zero. Thus, removal of copyright is no solution at all. Rather, it is the enforcement strategy that has to be assessed.

The NSD regime establishes intermediary liability to remove not only duplicate copies but also works of similar kinds. To understand the economics of the regime, Martin Husovec used the Learned Hand formula. This is a rule of negligence, which calculates when the duty of care arises. It is premised on the understanding that a rational, cost-minimizing individual would prevent the harm when the investment in precaution is lower than the cost of the harm sustained. According to the formula, the intermediary is liable when B<PL where B is the cost of taking precautions and PL is the product of the probability of the harm (P) into magnitude of the harm (L). The preference of precaution should take into account the social costs. Thus, in simple terms, the benefits (PL) must outweigh the cost (B) to trigger intermediary liability (B<PL).

Interestingly, due to automation, B decreases. Thus, even in works with a modicum of creativity or where PL is otherwise lower (e.g., when right holders do not want to enforce rights or are not gaining benefits from doing so), there is protection of copyright. Without automation, B is higher, which means the cost of enforcement is higher. However, with automation, more works are “copyright worthy”. In fact, automation supports copyright!

Thus, the shift is the cost of screening from right-holders to intermediaries to target the major problem with NTD. Under NTD, right-holders could not cope with the amount of infringing content online. Thus, they could not screen all the content and notify the intermediary, which resulted in users’ free riding. Inevitably, to solve this problem, either the right-holder or the intermediary had to invest in content filtering technology (or human resources).

Article 13 solves this problem with respect to automated content, which can easily be removed. Thus, the intermediary liability is indeed triggered when B is lower than PL, which means that intermediaries do not face higher costs when removing infringing content that is harming right-holders. The social cost is constant. However, the Internet and copyright is more complicated than that.

With respect to imperfectly automated content (for e.g., fair use, public domain work), Article 13 creates a unique social cost of over-blocking because the technology is not well equipped to deal with exceptions and limitations of copyright law. Thus, it creates false positives. Ideally, in these cases, intermediaries should opt for semi-automation or manual. Then, B would rise. B>PL and liability would not arise.

However, faced with liability, they would choose the most commercially viable option. Thus, under Article 13, there is overuse of automation. Due to overuse of automation, Article 13 increases social costs. Historically, copyright law emerged in response to printing technology and the labor invested in order to create a work. Its architecture restricts others from making “copies” of a work. It is based on the romantic idea of authorial genius or that a work can originate from a single author. However, the Internet is built on dialogue between users and works. Professor Lawrence Lessig describes this as the “read and write” culture. The Internet thrives on transformation of works, which occurs when users contribute value to the original work. Therefore, Article 13 hurts participatory culture and threatens the foundation of democratic content generation on the Internet.

Article 13 would only succeed once it balances the trade-off perfectly. This would happen when technology would be able to take into account ‘fair use’. Fair use does not “free ride” on original copyright as it neither reduces the economic value of the work nor does it substitute the original. Thus, it does not affect the return on the work and therefore, the incentive. Rather, it lowers the social cost as it allows others to use the work. If properly implemented, Article 13 would be the perfect solution, as it would lower the costs by internalizing the positive externality and providing a high incentive to the right-holder. To this effect, lowering the copyright protection in derivative works (which could either limit the term of protection or type of works, for e.g., exclude sampling, remixes, fan fiction) or exempting non-commercial derivative works are good solutions. In other instances, perhaps even in commercial works, fair use can be permitted when the transaction cost of monopoly is used to block social benefits. Under Article 13, the exception of pastiche, parody and criticism accounts for this.

From the business perspective, there were several arguments raised against the viability of Article 13 as it raises transaction costs for new and small intermediaries. Article 13 has essentially mandated the use of upload filter technology, which is unviable for small intermediaries. Further, big players might develop and keep the technology with themselves as a competitive advantage over small players. Thus, the market, which under the previous regime had more incentives to update technology and inevitably would have switched to automation, is now prematurely forced to do so. Article 13 was unnecessary and will hurt the market. In a heterogeneous society, like the Internet, the cost (upload filter technology, automation) is higher. In comparison, the cost of externalities is lower. In such a situation, the cost of intervention of the State is more than the benefit derived. Thus, the State should not intervene, as it is an impediment to economic growth. This means that the market itself could have solved the market failure (of poor copyright enforcement) and internalized these externalities by improving the cost of automation and enhancing innovation.

Thus, the overuse of automation is hurting businesses, right-holders and the Internet culture. Until technology satisfies our demands, it has no place in law. Thus, Article 13, although well intentioned, will be EU’s undoing and hurt its Internet.