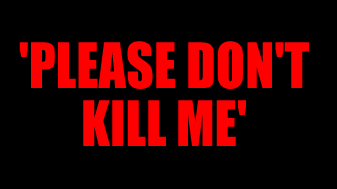 As our readers may recall, in April last year, the Delhi High Court had disposed of the patent working PIL filed by Prof. Basheer in 2015, directing the Government to complete all steps towards effectuating necessary amendments to optimise the patent working provisions within strict timelines. As per its undertaking, the Government had agreed to publish the amended version of Form 27 as approved by the competent authority (DIPP) on or before September 6 last year.

Unfortunately, the Government failed to abide by this timeline, as detailed in our earlier blog post. By now, it was meant to have done the following:

Far from officially notifying the amended Form 27, the Government has merely published a draft Form 27 proposal for comments. And this too, just a week or so ago. We believe there will also be a stakeholders meeting on this soon.

The proposed revisions to the Form 27 format has both good and bad: though the bad predominates and will really kill the spirit of what patent working and Form 27 are meant to achieve!

These proposed revisions can be found in the recently notified Draft Patent (Amendment) Rules, 2019.

Hopefully, the Government will now speed up the process and try and achieve some compliance of the court order. Else, there will be no option other than to file a contempt application.

Huge Concerns in the Proposed Form

While the proposed Form does contain some improvements over the current one, these are pale in comparison to the other changes proposed that really damage the core essence of the patent working requirement and the Form 27 format. Highlighted below are the changes and the concerns:

1. Quantum of the patented product manufactured in India or imported into India;

2. Country wise details of the value and quantum of the patented product imported into India;

3. Steps being taken towards working (if patent has not been worked);

4. The licenses and sub-licenses granted during the year.

Instead of seeking more elaborate details in this regard as suggested in the PIL, the proposed Form has done away with the requirement of disclosing the very factum of licenses and licensees’ names. This is despite the Court having clarified last year that the details of licences such as number, date and particulars of the licensees are not confidential. In an order dated 07.02.18, the Court, referring to Ericsson’s refusal to disclose the details of licenses in Form 27 for the reason of confidentiality, had observed as follows:

“All that the patentees submitting Form-27 are required to submit, is the details of the licenses and sub- licenses. This information certainly cannot be termed “confidential” and therefore, the Patents Office has to treat such suppression as failure to comply with the requirements of Section 146 of the Patents Act, 1970 arid to take action against the patentees who do not furnish the required information.”

Consequent to this order Ericsson intervened in the PIL claiming that the “club confidentiality” orders passed in its favour in SEP litigations protected it against disclosure of details of licences in Form 27, including the mere existence of a license(s) and the licensee(s) names. The Court rejected Ericcson’s claim noting that the details such as number, date and particulars of the licensees cannot be termed as confidential and “in case, any party has reservation of any kind in furnishing details, it would have to disclose the reasons for such reservation and the patent office would be required to take a view in the matter so far as its satisfaction regarding compliance with the requirements of Section 146 is concerned.”

It made clear that a patentee could not, under the guise of confidentiality, refuse to disclose the very existence/factum of licenses and the names of licensees. It referred to Section 67 of the Patents Act which requires a mandatory disclosure of the existence of the licenses and the names of licensees and Section 72 which requires these details to be part of a register which is open to public inspection. It further noted that Section 69 only permits the patentees to request the Patent Office to secure the confidentiality of terms of the license.

It is important that disclosure of licensing details be mandated in Form 27 as one cannot merely self-certify that one has “worked” the patent without more. They must be required to back this claim by data/information on how they have worked the patent, including through a set of licenses. Else, Form 27 becomes a meaningless form and our patent working disclosure norms will be rendered redundant. Also, this requirement may not pose too onerous an obligation, as patentees are already known to submit such information to tax authorities and also internally capture it for accounting and other commercial purposes.

5. Statement on whether public requirement has been met at a reasonable price

Again instead of calling for more particular information in this regard as suggested in the PIL, the proposed Form has omitted this requirement altogether. It is critical that the Form requires the patentees to submit particular information that would help the Patent Office assess whether the requirement of the public has been met at a reasonable price or not. In particular, the patentee ought to be asked to submit the following:

Further, in case of pharmaceutical patents, where the patentees claim to have met this requirement through Patient Assistance Programmes (PAPs), they must be required to clearly indicate the quantity and price (if any) in the Form.

The revised Form also sets a word limit of 500 words for the statement on justification for not working the patent. This limit appears quite arbitrary! And will end up preventing the patentee/licensee from submitting all information that may be necessary for explaining why it has not worked the patent. Further, it may also permit crafty patentees to supply minimal obscure information and then claim that they couldn’t “tell it all” owing to the word limit!

The word limit must go! And patentees/licensees must be permitted to submit as much information as they deem necessary, including the option to attach relevant documents.

1. A critical part of Form 27, Paragraph 3 currently merely asks to “Give whatever details are available” and includes the question on whether the patent has been worked or not. In the proposed version of the Form, a separate paragraph has been inserted asking whether patent has been worked or not and the words “Give whatever details are available” have been replaced by the words “If worked, details”. While this may appear to be a mere change in form, it does, to some extent, mandate disclosure in slightly stronger terms.

2. The current Form asked for the ‘value of the patented product’ manufactured in India or imported from other countries, but it fails to capture the actual sale of the product in India as it is not clear what is meant by ‘value’. The proposed version brings in clarity by instead asking for the ‘approximate value accrued in India from the patented product’ to the patentee/licensee filing the statement through manufacturing in India and importing into India. This is however just a slight improvement and still does not address the concerns raised in the PIL. For instance, the proposed format is still insufficient to assess the extent to which the patented invention or product is able to meet the reasonable requirement of public. When it comes to patented drugs, for instance, it is necessary to know the required dosage per patient to effectively assess as to how many patients are being served through the supply of the patented product.

Further, unlike the current Form, the proposed Form also calls for specific information in respect of ‘process’ patents. If the subject matter of the patent is a process, the Form asks the patentee/licensee to state the approximate value accrued in India to them from the product(s) obtained directly by that ‘process’ through manufacturing in India and importing into India.

4. The proposed amendment categorically states the Form is required to be filed by both the patentee/s as well as the licensee/s (exclusive or otherwise). If there are two or more patentees, they may file the Form jointly; however, each licensee is required to file the Form individually. Although Section 146(2) of the Act clearly requires every patentee and every licensee to file Form 27, this clarification is important in light of the confidentiality claim made by Ericsson last year as discussed above.

The proposed amendment is open for objections or suggestions till June 30, 2019. These have to be addressed to Shri Sushil K Satpute, Director, DPIIT, Ministry of Commerce and Industry, Government of India, Udyog Bhawan, New Delhi – 110011 or can be sent by e-mail at [email protected]. We encourage as many of our readers to submit comments in support of a stronger Form 27 and hope that the final version of the Form requires disclosure of all information that is necessary for an effective assessment of the commercial working of the patented inventions.