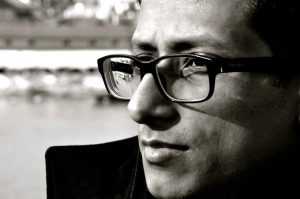 We are pleased to bring to you a guest post by Arun Mohan on the recent Madras High Court judgment in the Ilayaraja copyright dispute. Arun is a graduate of the London School of Economics and has experience in working on intellectual property and commercial matters, in India and internationally. He has worked on various prominent IP disputes including appearing for Rajinikanth in the recent landmark decision on celebrity rights, in the TVS v. Bajaj patent dispute and against Google in the ongoing litigation on the use of third party trademarks in its Adword program. He also regularly appears before the Intellectual Property Appellate Board and Competition Commission. He is a guest lecturer at NALSAR focusing on intellectual property litigation and a consulting editor of the Manupatra Intellectual Property Reports (MIPR). He also regularly appears regularly in several arbitration forums with an emphasis on energy and infrastructure. He has authored a number of guest posts for us in the past, the most recent of which can be viewed here, here, here and here.

Why the Ilayaraja Judgment Is a Boon for Producers

The recent judgement involving Ilayaraja is undoubtedly a modern milestone in intellectual property jurisprudence. It addresses in depth the rights of composers and producers, especially in the light of the much vaunted 2012 amendment of the Copyright Act. The interpretations, which use various resources including international treaties, is terrifically nuanced and injects a much needed boost to modern copyright law.

The many press reporting of this judgement have hailed this judgement as a victory of composers’ rights, fitting quite neatly into the narrative surrounding the 2012 amendment.

However, in substance the judgement confirms absolutely the rights of producers as owners of “sound recordings” in films, prior and post the 2012 amendment. The judgement also subsumes “musical works” into “sound recordings” by stating once “musical works” find expression as “sound recordings” i.e. in a film, further “sound recordings” cannot be made based on the same. The only limitation that is placed on the producer is the exploitation of the musical work in a manner other than as expressed in the sound recording, for example as a standalone instrumental piece. Similarly, the composer stands restricted in expressing the musical work as a sound recording in any other manner, for example as a song with different lyrics in another film. Practically therefore, commercial exploitation of the music in the version we know it (song and dance) remains undoubtedly with the producer. Interestingly, amongst the grounds for such conclusion has been the “stature” of Ilayaraja, leading to a finding that the arrangement between the parties could not have been a “work for hire” but was on a “principal to principal” basis. This is relevant as a “work for hire” would vest even the musical work with the producer as per the order, a portion which producers are likely to pounce upon for future disputes with persons bereft of such “stature”.

Finally, in recognizing the risk the producer assumes, the order concludes that the ownership of sound recordings vests with him/her unitarily (unless there is an agreement specifically retaining ownership by the composer). The order recognizes the “extremely attractive argument” that all rights in musical works and sound recordings ought to vest with the composers but does not agree with the argument.

Rather the conclusion is that the rights of composers are balanced in the 2012 amendment granting irrevocable statutory entitlement to royalties for composers. The impact of this practically in the judgement for Ilayaraja is rather negligible, as the bulk of his work has been prior to the amendment. Given that Ilayaraja did not file any agreements with producers, the conclusion of the judgement is that the sound recordings (and the musical work on which they are based) vests with the producer, which makes it a rather resounding reaffirmation of producers rights. The strategic upside of the ownership vesting with the producer is rather apparent, as the producer can pick and choose the means of exploitation and the composer merely receives the royalties thereof, if any. The saving grace for composers has only been the reiteration of their “moral rights” under Sec 57 of the Copyright Act i.e. their right to prevent any mutilation or distortion. This is needless to state an absolute entitlement, which even the producer (the defendant) in the order don’t appear to have argued against. The conclusion, therefore, not only allows the producer (Echo Music) to exploit the sound recordings but recognizes it as the owner.

The order makes for a truly delightful read, with the adulation for the maestro flavoring arguments, orbiter and ratio. The conclusion speaks for itself:

“To the thousands of his admirers, the author of this judgement included, the music of the Maestro was simply, sheer magic. It dissolved barriers, made the incomplete, complete and the world an infinitesimally better place to be in. Nowhere is this more apparent than from the fact that all counsels who argued the matters, though divided in their interpretation of the law, were united in their adulation of his music.”