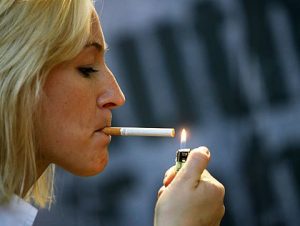 A little over a year ago, a Panel formed under the auspices of the World Trade Organisation published a report that found Tobacco Plain Packaging Measures (the ‘TPP Measures’) rolled out in Australia to be compliant with obligations under international trade agreements.

This decision was hailed as a victory against the tobacco lobby, which has rallied against TPP Measures at several levels, including domestic courts and international investment tribunals. However, this decision has also attracted plenty of criticism (see here and here for an outline; see here and here for specific criticism on the Panel’s findings on TRIPS issues), with several scholars arguing that the decision fails to follow established norms in WTO jurisprudence.

Australia enacted The Tobacco Plain Packaging Act 2011 (the ‘TPPA’) to discourage the use of tobacco products. The TPPA prohibits the use of all trademarks, other than standard character word marks, on tobacco products and their packaging. For example, the use of brand imagery, such as logos or colours associated with a particular manufacturer, is prohibited.

The TPP Measures require that:

(a) the packaging of tobacco products shall have a uniform plain packaging in “drab dark brown colour”;

(b) each inner surface of a cigarette pack or cigarette carton must be white;

(c) the trademark, business name and company name or variant name be displayed only in a standardized form on cigarette packs and cigarette cartons;

(d) the typeface must be printed in Lucida Sans.

In 2012, Honduras, Cuba, The Dominican Republic, and Indonesia challenged the TPP Measures before the WTO, on the grounds that the laws violated international trade agreements, including TRIPS.

The decision of the Panel, which was published on June 28, 2018, found that the TPP Measures did not violate any of the obligations under the international trade agreements, including the obligations pertaining to trademarks and geographical indications under TRIPS. Prarthana wrote a wonderful post which summarises the Panel’s finding on all TRIPS issues (see here).

While all four countries have unanimously decried the decision of the Panel, only Honduras and the Dominican Republic have decided to pursue an appeal before the Appellate Body.  In their public statements, however, Indonesia and Cuba have maintained that the TPP Measures effectively hamper their legitimate economic interests without any quantifiable proof of benefits arising from it.

In the appeal, it appears the Panel’s findings on Article 20 of TRIPS will be a major bone of contention. This provision reads as:

“The use of a trademark in the course of trade shall not be unjustifiably encumbered by special requirements, such as use with another trademark, use in a special form or use in a manner detrimental to its capability to distinguish the goods or services of one undertaking from those of other undertakings.”

The crux of this issue lies in the interpretation of the term ‘unjustifiably’. Australia has relied on a series of findings made by peer-reviewed studies in 2016 on the effectiveness of the TPP Measures to argue for its implementation. It asserts that the studies “show that the tobacco plain packaging measures are having an impact by reducing the appeal of tobacco products, increasing the effectiveness of health warnings, and reducing the ability of the pack to mislead. The studies also provide early evidence of positive changes to actual smoking and quitting behaviours.”

However, there is opposition to this view. Economists Sinclair Davidson and Ashton de Silva authored a paper claiming that Australia’s evaluation fell short of its own criteria for justifying an evidence-based policy. They further argue that Australia’s studies “suffer from inconsistencies and methodological differences” and that “the evidence is not consistent with the stated aims of the plain packaging policy.” Further, studies have also found that smoking rates have actually gone up in low-income countries despite tobacco control measures being in place. On the basis of these studies, the appellants may argue that the actual benefit of the TPP Measures is far from a foregone conclusion in terms of reducing smoking rates. Merely well-meaning policies, therefore, cannot be the basis on which otherwise legitimate trade is encumbered.

The International Trademark Association (INTA), seeking to represent the interest of trademark owners, has filed an amicus brief before the Appellate Body, contending that TPP Measures first, impinge intellectual property rights under TRIPS and the Paris Convention, and second, also result in harm to consumers of tobacco products (see the brief here).

Primarily, INTA alleges that the Panel failed to appreciate the true import of Article 20 of TRIPS. They argue that the Panel failed to recognise that the provision protects ‘private property rights’ rather than ‘state actors’. As such, any interpretation must recognise that any impediment caused to private property rights and global trade is undesirable, and should be permitted in limited cases only. It follows, that only clear, convincing and quantifiable evidence that the TPP Measures fulfil the government’s interests can discharge the burden of the state under Article 20. This, it has been argued, has not been the case before the Panel.

They further suggest that less drastic alternatives were available to Australia, which they failed to consider. For instance, other jurisdictions have adopted warnings and graphic labels which cover significant portions of tobacco packaging and yet leave room for branding elements. The European Union had adopted provisions that require 65% of cigarette packs to be covered by warnings and graphic displays. They suggest that “there is no evidence that such packaging is less effective in reducing smoking than the complete elimination of almost all branding elements required by Australia. In fact, there is some evidence that smoking rates in Australia have either stabilized or increased after the introduction of both plain packaging and higher taxes on tobacco products.”

Additionally, the elimination of the source function of trademarks also opens up the market for counterfeit products. These products will likely not meet the necessary health and safety requirements for tobacco products, increasing the risk of harm to consumers. Further, the absence of any distinguishing factor between brands will also lead to price competition. This will not only make tobacco products more affordable, but also tend to reduce the quality of products in the market.

Since the publication of the Panel Report last year, several countries have decided to roll out some form of tobacco plain packaging measures in their own countries, with many perhaps seeing the Panel’s decision as a green signal (the latest country to do so being Belgium). However, with a potentially strong appeal pending, it may be wise for them to hold out for a little longer.