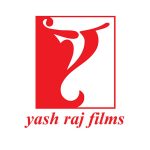 The Indian Performing Rights Society (IPRS), India’s only copyright society with statutory sanction to collect royalties on behalf of authors, composers and producers of music, is going after Yash Raj Films (YRF) for misappropriating royalties of its members.

Last November, an FIR was filed against YRF in Mumbai under Sections 409 and Section 34 of the Indian Penal Code, as well as Section 63 of the Copyright Act, alleging that YRF has committed a criminal breach of trust (CBT) and violated the Copyright Act by appropriating Rs. 100 crores of royalties that belong to IPRS’ members. According to reports, the FIR accuses YRF of using their superior bargaining power to force artists into contracts that prevented them from collecting royalties which belonged to them. However, before the Economic Offences Wing of the Mumbai police could look into YRF’s books, YRF successfully obtained a stay on the investigations from the Bombay HC.

The Case Against YRF

Broadly, the FIR against YRF has been filed on two grounds. First, under the Indian Penal Code, IPRS has alleged that YRF has committed criminal breach of trust. CBT has three major elements: (i) an entrustment; (ii) misappropriation or conversion to one’s own use or use in violation of a legal direction or of any legal contract; and (iii) the misappropriation or conversion or disposal must be with a dishonest intention.

Now, the entrustment, which entails some kind of relationship between the parties, must be between the members of IPRS and YRF. This is because IPRS do not have any legal relationship with YRF on the basis of which they can establish CBT. Rather, IPRS is suing on behalf of its members who have worked with YRF and not received their dues (a right assigned to IPRS on becoming a member). One would imagine that the second requirement, of misappropriation for one’s own use, would be met on the basis of evidence produced and the requirement of dishonest appropriation follows since YRF would wrongfully gain through the misappropriation.

The second ground for the FIR comes from the Copyright Act. Section 63 of the Copyright Act makes the infringement of any right under the legislation (except the resale share right in original copies under Section 53A) a criminal offence with imprisonment of up to 3 years and fine up to Rs 2 lakhs. In this case, the allegation would be that of infringing the right under the proviso to Section 18(1) of the Copyright Act, which grants the author the right to receive royalties for their work on an equal basis. Further, the proviso also states that this right cannot be assigned to anyone except the legal heirs of the artist or a registered copyright society, ie. the IPRS.

YRF has allegedly responded by arguing that the revenue it collects is in the capacity of copyright owners, rather than an agent or assignee. It seems to me that the argument is this: the proviso to Section 18(1) applies only if the authors still own the copyright over their work. Once that has been assigned to a third party, their right to receive royalty, like other rights under Section 14, is extinguished.

This argument, in my opinion, is incorrect. While it is true that the proviso to Section 18(1) does not prohibit the assignment of copyright itself, it envisages a distinct right to receive royalty on an equal basis, which is assignable only to legal heirs and collecting societies.  As per Section 18(1), this right to receive royalty belongs to the author, and not the owner of the copyright.

The distinction between author and owner is crucial here: the owner of a work may change through the assignment of the copyright, but the author always remains the same and is not included within the meaning ‘owner’ of the work. According to Section 2(d) of the Copyright Act, ‘author’ includes authors of literary and dramatic work, composers of musical work, artists, photographers, and producers of sound recordings and cinematograph films. The author of a musical work and lyrics is the composer and songwriter, and not the production house that engages them. Thus, even if YRF successfully establish themselves as the owner of the works for which they receive royalties, they do not possess the author’s right to receive royalty on an equal basis.

Thus, according to YRF, their activities neither constitute CBT, nor violate Section 63 of the Copyright Act.

Application to Quash Under Section 482 of the Criminal Procedure Code

YRF has approached the Bombay HC under Section 482 of the Criminal Procedure Code to quash the FIR against them. Until this petition is decided, the court has passed an interim order that prohibits the Mumbai Police from requiring YRF to submit information and documents in furtherance of the FIR.

A prima facie case is established if, assuming all allegations to be true, an offence is made out against the accused. From our discussion above, it would seem that a prima facie case exists on at least one of the two grounds for filing the FIR (CBT and Section 63 of the Copyright Act).

An FIR may also be quashed if it is filed maliciously or for an ulterior motive. However, the existence of malice is not sufficient to quash an FIR, if a prima facie case is made out in the FIR. Thus, even though YRF have asserted that the FIR has been filed on malicious grounds, the existence of a prima facie case renders this fact irrelevant. Further, if investigations are at a preliminary stage, as they are in this case, FIRs are typically not quashed.

What can we expect from this litigation from an IP perspective? It is possible that the judgment will only superficially analyse the allegations in the FIR, and then leave it to the Mumbai Police to investigate the matter. It is, however, possible that the judgment will explicitly or implicitly comment on the proviso to Section 18(1) while determining the existence of a prima facie case. In any case, if the FIR is taken to its proper conclusion, we may finally see the vision behind the Copyright (Amendment) Act, 2012, coming to fruition.

I would like to thank Prashant Reddy for helpful comments and suggestions. All errors remain my own.