Recently, the Global Innovation Policy Center (“GIPC”) released the 2020 edition of its international IP Index. Titled “Art of the Possible”, the report lays emphasis on a strong IP ecosystem to make the art of transformation of economies to 21st century knowledge-based economies possible. It has unfortunately continued with the same flawed indicators from the previous years. In the past, one of the authors of this post and Kartik have elaborately discussed the defective methodology used by the GIPC rank countries.

It is sad to note that the spectre of ‘press release journalism’ continues to haunt us, even as we have progressed into the 8th edition of the index. Prashant has previously written on this issue concerning the GIPC index. This year as well there appears to be a similar trend, with most newspapers considering the index to represent the naked truth, with very little expert commentary on the report’s press release and findings.

This post will highlight the issues which have been raised in the previous years, and subsequently add to them. 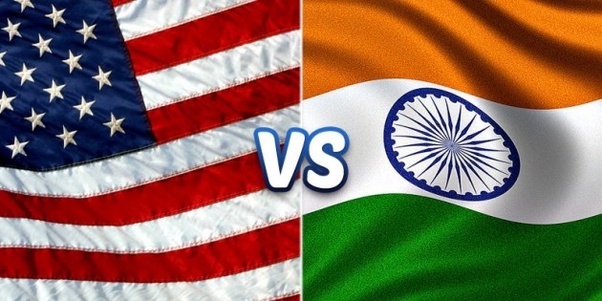 From the index rankings in 2014 when India was placed last among 25 countries, its ranking has marginally improved in 2020 to 40 out of 53 countries. While it has been very critical of India in the earlier editions, it seems to have slightly toned down its criticism in the last couple of editions. The report in fact praises India on a few counts, including calling India a “Global leader on targeted administrative incentives for the creation and use of IP assets for SMEs”

Regardless of these (supposed) positives for India, it cannot be ignored that the index continues to mistake IP for innovation, while boasting problematic indicators and baselines. More problematic is the aspect that inquiry conducted within the realm of the fixed indicators does not appear thorough. For instance, an obvious weak point in India’s case could have been the dysfunctional nature of the IPAB in 2019, which clearly falls within the indicator ‘civil and procedural remedies’, but has not been considered.

Specifically in the relation to India the index consistently points at the performance of its courts for improvement in its ranking. Aside from the fact that India is marked merely 1.67 out of a total 7 points available under the category of ‘Enforcement’, which covers courts and remedies, this rhetoric about judging India’s rank on the basis of court decisions is problematic from other angles as well. The report refers to recent cases of the Delhi High Court, specifically the case issuing the first dynamic injunction and the one on liability of online marketplaces, on the basis of which the index praised the improvement of the IP framework in India. However, both these cases have attracted their fair share of criticism. While Divij wrote about the increment in website blocking through dynamic injunction disturbing the balanced standard on blocking of only infringing websites, the Amway case was set aside by the Delhi High Court recently. Accordingly, the ascertainment of decisions on which India’s ranking was determined is questionable. Irrespective of that point, strong reliance on court orders to rank a country’s IP regime seems misplaced. Since courts interpret the existing legislation, it should mean that the legislation is good. By suggesting that the courts have done well but also by not ‘positively appreciating’ India’s legislation that enabled these judgments, the report seems to be implying that the courts acted beyond the legislation. This being the case, it appears that the index encourages and incentivizes judicial activism by granting scores for it.

An Axe to Grind: GIPC and the American Industry

It is vital to understand that GIPC is an affiliate of the US Chamber of Commerce, and effectively serves as a lobbying group for the American industry, a point made by Prashant in the past. This has no doubt influenced its choice of indicators across categories. Most prominent example of this appears to be in respect of the category termed ‘Patents, Related Rights and Limitations’. Out of the 9 indicators present therein, 4 indicators can be exclusively used in respect of pharmaceutical products. While the category should ideally serve all patentable inventions equitably, such a consistent pharma-heavy approach confirms suspicions about lobbying. It is ironical how the country (the U.S.) with the highest drug prices in the world has casually brushed aside concerns of access and price, while discussing the growing interest in compulsory licences even within the US, by saying “the cost of drugs is a complex subject that does not lend itself to generalizing” (page 48). One would imagine that it wouldn’t be too hard to understand that this same nuance is the reason why many of their indicators are problematic to start with!

Another such instance:- “At least one post-TRIPS FTA with substantive IP provisions and chapters in line with international best practices” under the category of ‘Membership and Ratification of International treaties’.  Though the inclusion of the category is redundant in itself (point to be discussed later), and that the ‘international best practice’ standards seem to be arbitrary, the consideration of the indicator goes a long way in showing that GIPC intends countries to implement the U.S. standards of TRIPS-plus IP protection, regardless of what standards actually benefit countries.

Look before You Leap Once Again: An Index Fraught with Problems

Several of the issues are repeats from earlier editions, and have been discussed in more detail in our earlier posts, linked above. The recurring issues since the second edition of the index are as follows:

Compulsory Licenses: The four criteria regarding compulsory licenses still exists (p. 270 of the index). A country which fails to fulfill even one criterion gets a straight 0, considering that the scoring methodology is binary.

On another note, GIPC’s arguments against compulsory licensing have been extremely monotonous. The only aspect of the equation it really seems to care about is the maintenance of strong patent rights for its companies. Accordingly, it advocates the non-grant of a compulsory licence on the ground of drug prices, when in reality the TRIPS Agreement offers Member States the flexibility to decide the grounds for such grant. At the least, it would be more interesting if the GIPC came up with more intellectually stimulating arguments against compulsory licences!

Extent of Copyright Protection: The index declares a period of copyright protection of 95 years as the baseline, instead of the TRIPS mandated life of author plus 50 years.

This flaw still continues, with GIPC justifying it being based on the legislative model of the U.S. (page 266). May be for the want of information or otherwise, GIPC has still not realized that the term of copyright protection in the U.S. is ordinarily 70 years plus life of author, and 95 years for only ‘works for hire’. (Not to mention the mathematical problem with choosing a method that can also give a score of higher than 100%)

Membership and ratification of International treaties: As pointed out in earlier posts, having a ground relating to a country’s signing and enforcement of a post-TRIPS FTA becomes duplicative in the face of other indicators already measuring what changes any such FTA would bring about in a country’s IP regime. Irrespective, the index has continued with the indicator, titled: “At least one post-TRIPS FTA with substantive IP provisions and chapters in line with international best practices”.

Additionally, this year, GIPC has added 5 new treaties as separate indicators under the aforementioned category. The consequence of such inclusion is two-fold. First, it puts lower-middle income countries directly at a disadvantage in terms of ranking. Second, it sets a desirable standard of the U.S., meaning thereby that countries are indirectly coerced to seek membership and enforce the treaties mentioned as indicators.

Once again, the index uses maximum standards as ‘baselines’. One wonders how this is an acceptable standard, when the TRIPS Agreement states that the term for an industrial design should not be less than 10 years. Anything beyond 10 years, in that case is the sole discretion of a Member State, but does not create an obligation on other Member States. Accordingly, the index should recognize this fact, and seek re-modelling of the baseline

In spite of the presence of these flaws, the index continues to garner a considerable amount of discussion and traction. The index has been expanded to cover 53 countries this year, as opposed to the 25 countries it covered in 2014. It is only a matter of time before it further expands and gains legitimacy as a major IP index. In some sense, it has already gained such a reputation. Unfortunately, it would appear that neither the US Chamber of Commerce nor the authors of GIPC, see problems with either the indicators or baselines, or their definitions. It is highly unlikely that these aspects will be rectified in the future. It seems readily apparent that the discourse on IP, especially where patent or latent commercial interests are involved should be taken with a pinch of salt. Accordingly, an average student, an average reader and an average citizen should be cautious, and avoid taking the content included in the index at face value.