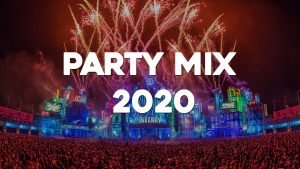 The recent orders of the Madras High Court in Phonographic Performance Ltd. v. the Accord Metropolitan and Ors. and Indian Performing Right Society Ltd v. K Murali and Ors., as well as those of the Bombay High Court in six connected matters (Phonographic Performance Ltd v. Hotel Hilton & Ors and 5 others similar matters) were widely reported in media. All the Plaintiff associations obtained interim injunctions against hotels/pubs/event organizers from playing any of the copyrighted works they claim to manage in Christmas/New Year parties. The orders cover to both live bands as well as playing the sound recordings through music systems.

Unfortunately, the orders did not really carry much reasoning other than ticking the boxes in a summary manner. Further research led me to a lengthier article which is expected to be published with the Journal of Intellectual Property Studies (Volume II Issue II) (expected April 2020). However, with the permission of the journal, I wanted to summarize my conclusions here.

The conclusions I draw in said forthcoming article are as follows:

I emphasize the word “could” in the above conclusions because I do not believe this is a slam-dunk issue. I draw a parallel with foreign jurisprudence on the subject. There are a few subjective factors for a Court to appreciate in such cases. My contention is that, at a minimum, it requires certain set of factors for the Court to consider (and for the parties to argue), and for such factors to be elucidated in the orders.

Another critical issue I raise in the article is the standing of the Plaintiff associations in such cases (quite apart from the issue of whether only registered copyright societies can file such claims). There is an important distinction to be made between collecting agencies representing/managing the rights of authors/performers on the one hand and the collecting agencies representing/ managing the rights of music labels. In theory, every ‘song’ so to speak comprises multiple subject matters each with separate set of rights attached to it – the lyrics, the musical work, the performance rights of the performers and the sound recording itself (one may also add a cinematograph film to this list, as the case may be). Thus, every right holder for each subject matter (and consequently, those representing such right holders) may have a legal right to sue. Typically, the authors in the underlying works tend to assign their rights to the music label, while, of course, under the 2012 Amendment, retaining the right to seek remuneration on an equal basis post-assignment as well. I argue in this article that such additional rights to authors right does not entitle them to seek injunctive relief against third parties if they have assigned their rights already.

I am happy to receive any thoughts or comments!