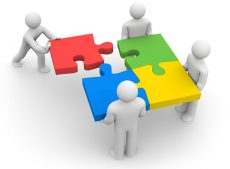 We’re pleased to bring to you a guest post by our former blogger Rajiv Choudhry, discussing why it is not in a defendant’s best interests to agree to a confidentiality club arrangement in a SEP litigation.

Rajiv is a practicing advocate based in New Delhi. He specialises in IP law, with a focus on high – technology and patent law. His core IP interest areas are the intersection of technology and IP, Indian IP policy, innovation, and telecommunications patents. His previous posts on the blog can be viewed here.

SEPs and Confidentiality Clubs: No Compatibility With Each Other

This post concludes that it is not in a defendant’s best interests to agree to a confidentiality club arrangement in SEP litigation and provides several reasons for the same.

Having observed and being part of multiple patent litigations in India and elsewhere, I view a patent infringement trial as an ordeal. Patent litigation anywhere across the globe is the domain of the right holder, and if I might add, of one with deep pockets.

It is easily observable in any patent litigation that there is a basic minimum economic qualification. Right at the outset of the lis between parties, one element that has nothing to do with competing claims, is introduced. This element is the financial strength: ability to endure trial. This element is extremely important. A generalization can be made that a conclusive decision after going through a full trial, including evidence, expert witnesses, etc. is possible only in the case where both parties are evenly matched or are economic equals. This might be seen currently in Europe where several big-ticket SEP litigations involving vehicles are underway and both parties are evenly placed (Readers may be interested to go through the summary of the ongoing litigation between patent owners and vehicle manufacturers such as Diamler etc.).

One can also observe from past cases, that if a smaller party decides to defend, he may win at law, but still lose business. If he capitulates and settles, he sacrifices his independence, his competitive position, and in all probability some part of his patent position as well. It is immaterial whether the bigger party has dubious patents/ vice versa. The results to the competitive system and the independent judicial system are the same.

It is essential to recognize that when a patent suit is decided, something more than the respective rights of the litigants is involved. A patent infringement suit is predominantly a problem in public interest – it is in the public interest that the patent system finds its justification – and a problem in the relation between economic law and technology. The rights of the litigants are embraced within the public interest at issue and dependent upon it for the exceptional character of the rights contested.

For a SEP litigation, it is even more lop-sided. This is because in SEP litigation, it is not general competition in the market. Rather, it is competition for the market. The more entrenched a standard is, the more power a SEP owner has. Those that give examples of multiple businesses operating in the same market (where SEPs are implicated) mistake the presence of multiple players as a healthy sign. However, they are not comparing the right market and make multiple logical fallacies: mistake cause for effect, confuse between apples and oranges, etc. Just because there are 10 handset brands does not mean it is a healthy market. If one looks closely, all 10 brands are based on the same standard and all 10 have to approach the SEP owner for a license. There is no competition here as the market is already locked in into a particular standard. Just think, what other cellular standard are any of your phonebook contacts using today? Hint: They all use some form of LTE (Long Term Evolution)/ 4G technology as it is popularly known. You don’t even buy a phone because it is LTE compliant: you buy it because of other reasons, such as price etc.

This is because of asymmetric information skew in favour of the plaintiff in SEP matters. What the plaintiff seeks to put under the cloak of confidentiality are the rates offered to third parties and the fact that those third parties adopted those rates. What is never disclosed are the circumstances under which that decision was taken by those third parties. Sometimes, even technical information such as claim charts mapping the patent to the relevant standard are also disclosed under this arrangement. This is extremely problematic and Prashant has written about it here.

The circumstances under which the supposedly similarly placed parties signed those agreements are not disclosed. It may very well be the case that these were signed under duress – the threat of an injunction to stop goods at customs. It is not possible now but surely it was possible up to three years ago. Or for that matter imposed in court – whether as a stop gap arrangement or having no choice, the defendant taking the license, having suffered not one but two reversals in court.

Suffice it to say that answers to these questions won’t be volunteered by the patent owner. These are obtained when the plaintiff is put under scrutiny, and that too in an environment that is not to its liking. One can see previous blog posts on Ericsson’s litigation with Micromax, Intex, Lava, iBall and others to see these issues raised.

Putting claim charts as confidential information in the confidentiality club is another aspect that is simply overreach. Mind you, the entire standard such as LTE is public and even the configuration is public information. Each party who is desirous of having its IP included in the standard agrees to its disclosure and there are several disclosures made regarding this particular IP. Once a standard is adopted, then the patent is automatically covered by a standard compliant device. Hiding claim charts and putting them in a confidentiality club is overkill because this is a public interest issue and can’t be brushed under the carpet simply by putting it in a confidentiality club.

Other manufacturers should be able to see what is happening and if possible be able to take out revocations/ or at least become part of the litigation once the process is initiated by the right holder by suing one party.

Now coming to confidentiality of the defendant’s information that is supposedly protected in a confidentiality club. This information by nature is public. It is easy to count the unit sales of the defendant and there are many ways and multiple databases from where the volume of sales can be deduced. First is IMEI (International Mobile Equipment Identification) series for a mobile, which is a 16 digit number and each series has a million units. This information is with customs and all mobile operators and is easy to determine which series are being used by each device provider. Trade journals, etc. are a resource that is also available to those inclined towards more specificity in terms of absolute numbers and margins.

The point here is that the defendant really has no information that can be protected under a confidentiality club.

So far, this discussion has focused on a single aspect of information that is sought to be protected. Now let us view the issue from another perspective.

This is the space where the SEP owner refuses to license component manufacturers and approaches the brand owner. This is obviously to extract more money from brand owners as the royalty base is much higher. The argument that it is easier to approach a single brand owner rather than multiple component manufacturers is plain bunk: there is only one component that adds communication capabilities to any device. And to say that it is easier to approach brand owners, to me, is going for the bigger target that can be squeezed ever harder. Obviously, this information is never forthcoming in a cozy confidentiality club where the rules are set by the right holder.

This strategy of reaching out to the end brand results is a great skew and distorts the entire market. This approach to the brand owner results in numerous inefficiencies as costs are passed on to the end-consumer. My view is that these inefficiencies will increase substantially in the context of 5G SEP licensing, given the plethora of standard compliant connected devices in 5G technology.

Coming back to the harm caused by a confidentiality club in SEP litigation: It is public interest that suffers when one has to pay extortionary costs to a SEP owner. These costs are not just higher royalties, but payment for expired patents that are bundled into a patent license, irrelevant patents, and non-essential patents.