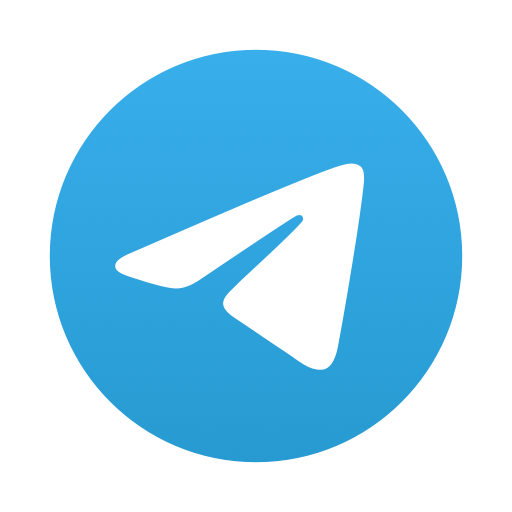 We’re pleased to bring to you a guest post by Abhishek Iyer. Abhishek is a 3rd year student at the Gujarat National Law University (GNLU), Gandhinagar.

Circulation of e-newspapers and its validity under copyright law have been regularly put on debate, SpicyIP had recently discussed it here. On similar lines, popular news publisher Jagran Prakashan Limited (‘Plaintiff’), found their e-paper being freely circulated online, through messaging platform Telegram (‘Defendant’) which was otherwise only available to its subscribers. SpicyIP had earlier reported this development and discussed the surrounding jurisprudence in India.

The leading precedent in India through  Super Cassettes Industries Ltd. v. Myspace Inc. & Anr., relies on ‘specific and actual knowledge’ of the presence of copyrighted material, which is pragmatically to be placed before a human agency (defendant) while determining liability. However, there is little to no jurisprudence discussing consequences when there is ‘no knowledge’ on behalf of the intermediary. The Delhi High Court in the Dainik case, stated that the Defendant did not revert to any emails sent by the plaintiff, which signified no knowledge, until the actual plaint was filed.

To understand the burden of ‘knowledge’ for e-notices, SBI Cards & Payments Services Pvt. Ltd. v. Rohidas Jadhav, a Bombay High Court judgment is important. The court had ruled that a notice sent via WhatsApp can be considered as ‘duly served’ on the ground that such notice message was ‘delivered and opened’ by the respondent. Court emphasized on the ‘opening’ of such messages sent electronically which is usually signified by a Blue Tick for WhatsApp. Court deemed it reasonable to hold liability only after ‘opening of the message’ was proved by the plaintiff. Applying this to our case, the Plaintiff has to prove that the email notices were ‘duly delivered and opened’ by the defendant. As of now, there is no evidence on record to prove the same, hence, it will be fair to assume that the defendant never received the emails or the plaintiff probably did not have sufficient tools to prove that emails were both ‘delivered and opened’.

Telegram as a platform, is free-to-access, open ended, and without any content filters. Now, to resolve liability in the absence of the above, it would be only wise to draw inspiration from settled principles in the European Union (‘EU’) and the United States.

Courts in the United States have time and again relied on the ‘doctrine of inducement’ to determine whether the distributor (intermediary) by any means promotes using its device/platform to infringe copyrighted material.

Further, the United States District Court for the Southern District of New York in Arista Records LLC v. Lime Group LLC (discussed on the blog here), while granting a permanent injunction to shut down the file sharing facility offered by the defendant, held that, it would be practical to claim infringement equally against the defendant since, it exercises control and receives benefit over such messages being circulated. This decision was also broadly based on the doctrine of inducement whereby the intermediary used to promote infringement and vicariously contribute in a bid to earn profits.

Telegram (defendant) has shared no evidence signifying the presence of a filter for any content shared on its platform. In Grokster, the court had raised this concern of intermediaries promoting usage of their platform despite the absence of a reasonable check. Hence it is argued, the wilful absence of a check and promotion of usage of its platform, indirectly promotes infringement.

Contributory Infringement as a concept has not been dealt by courts in India. Section 52(1)(c) of the Copyright Act, 1957 (India), is relevant whereby mere storage of copyrighted work by an intermediary for providing electronic links, access, or integration, does not amount to an infringement. But, it is important to note that if circulation of such content has been expressly prohibited, as the case here by Dainik, then the defendant cannot even incidentally facilitate such circulation of content.

Contributory infringement as a principle was dealt by U.S. District Court of North Illinois in In re Aimster Copyright Litigation. The court imposed indirect liability on the intermediary since the massive number of infringers at a time, made it impossible to enforce rights severally. The court opined that, the only practical alternative amidst millions of users would be to enforce liability against the intermediary. It was impossible for the intermediary to control all users but, it can certainly remove specific content which was so notified. Therefore when content is not removed, it is argued that the intermediary should be made liable using Aimster Rule, for being indirect contributors.

Directive 2001/29/EC on Copyright and Directive 2004/28/EC on Enforcement of Intellectual Property Rights, cast an obligation on EU Member states to give right holders the exclusive right of seeking injunction against those online intermediaries who purport to be violating their intellectual property rights. This principle is relevant since, the plaintiff can effectively have damage control against future circulation of such PDF copies by anonymous persons. A John Doe Order is the parallel in the Indian scenario, which evolved in the 2003 Taj Television case, discussed on the blog here. Though this method of seeking an injunction is highly debated for its lack of precedential safeguards but, in the absence of the defendant’s representative in India, such an injunction order can help plaintiff to prevent any untoward damage till the time the relevant parties are impleaded.

For Telegram here, if Mere Conduit put in practice, does fulfil the three necessities whereby, the transmission is happening between two or more anonymous parties having no intermediary control and, in the absolute absence of any modifications, thereby having a passive role. Moreover, as argued earlier, the ‘knowledge’ part with Telegram is absent, making it a perfect fit in line with the Recital 42 of the E-Commerce Directive. Coupling these, Telegram can justify its negligible control over the content and the absence of express knowledge of such content on its platform, to seek Safe Harbour.

Several factors including financial motive, editorial control or, storage of data and modification, have to be analysed while determining liability. Interestingly, the actual violative actions are those of the third party who share content but the liability is sought against the intermediary, who in the present case does not even have knowledge of such content. It is a great opportunity for the Delhi High Court to seek help from these globally settled principles and put them into a leading precedent which balances both, the intermediary and the group chat stakeholders, for the Indian scenario.