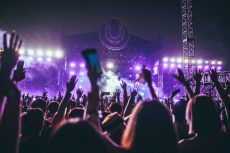 I critiqued the Delhi High Court’s order in IPRS v. ENIL, which held that underlying works incorporated in sound recordings are not utilized and do not incur royalty when the sound recording is used. I briefly review how the 2012 Amendment was brought in to recognise authors of underlying works’ inalienable right to royalty. In this order, the court has accepted the argument that it is the producer of a sound recording who owns copyright over it as the underlying works are not independently commercially viable. It further holds that utilization of a sound recording does not amount to utilization of the underlying works and neither authorization nor royalty is owed to the latter’s authors. I explain how this goes against the literal words of the statute post-amendment. I further point out that the observation that sound recordings are works of joint authorship contradicts the other observations of the order. Lastly, I argue that the court’s ruling that 2012 amendment has no legal effect on broadcast of sound recordings as authors only have royalty rights over non-sound recording uses completely ignores the legislative intent and defeats the purpose behind the amendment, thus causing serious economic losses to authors.

Praharsh analysed order in the case of Lundbeck A/S v. Hetro Drugs Ltd. wherein the Delhi High Court ruled that ‘export’ of products from India would amount to ‘use’ of the product in India under Section 107 of the Patents Act. Praharsh explains that equating ‘export’ to ‘selling’ contradicts established precedent on statutory interpretation which requires words to be accorded their plain and natural meaning and to be construed by keeping in mind the context and purpose of the provision. He then discusses how this understanding of ‘use’, risks allowing patentees to claim remedies against export of patented products, thereby permitting an extraterritorial application of the law. Further, it creates room for the argument that products in transit through India are used as well, which runs counter to India’s stance in the EU-Certain generic medicines in transit case where India firmly argued that products transiting through EU territory could not be said to be violating EU patent rights. Finally, he then draws attention to the Form 27 amendment in Patent working disclosure norms. Reading exports as “use in India” runs the grave risk of enabling the manufacturer to claim that it is fulfilling the working requirement without actually making it available for the public in India. 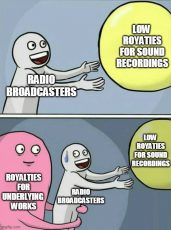 I discussed the IPAB’s Statutory License order fixing royalty rates for radio broadcasts of sound recordings. Other than the lack of witness cross-examination in the proceedings, I also criticize IPAB’s admittance of IPRS’s intervention petition for fixing of royalties in underlying literary and musical works. Specifically, the interpretation of a ‘shared right’ of royalty is confusing and risks harming the very authors who are the intended royalty recipients. I explain how IPAB has adopted the needle-per-hour model for fixing rates to accommodate differences in city-wise listenership and timeslot traffic. Further, the rates have been driven more by considerations of fair market value and balancing of interests of both radio companies and copyright owners as opposed to the public interest considerations that had led to the fixing of a low rate on the basis of radio industry’s poor financial health. Moreover, IPAB also chose to refuse pleas to fix higher rates for new songs, for playing of complete tracks and for repeated playing of popular songs on grounds that there was no evidence that these caused harm. Lastly, IPAB allows space for negotiation of voluntary licenses if parties so will. 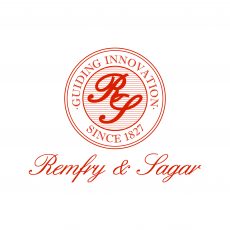 We informed our readers that Remfry & Sagar, one of India’s leading IP law firms, is looking to recruit two candidates for patent drafting for its Bengaluru and Gurgaon offices. Further details are available in our announcement post.