We’re pleased to bring to you a guest post by our former blogger Rajiv Choudhry, discussing the recent Delhi High Court order granting an anti-anti-suit injunction in favour of InterDigital in a SEP patent infringement dispute with Xiaomi. Rajiv is a practicing advocate based in New Delhi. He specialises in IP law, with a focus on high – technology and patent law and advises/represents clients on SEP/FRAND and other issues related or unrelated to those discussed in the post. He’s also a founder member of the Fair Standards Alliance, a not-for-profit body that advocates fairness in patent licensing. The views expressed in the post are personal. Rajiv’s previous posts on the blog can be viewed here, here, here, here, here, here and here. 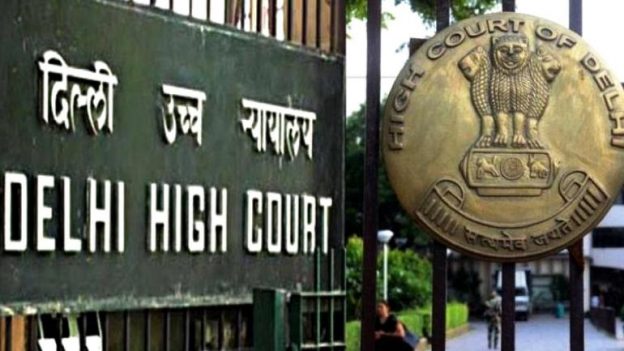 On 3rd May, the Delhi High Court (DHC) in InterDigital Corp & Ors. v. Xiaomi Corp & Ors. issued its first and presumably first global anti-anti-suit injunction or A2SI (this terminology was first introduced by Florian Mueller on his blog fosspatents.com here). The judgment confirms its earlier order dated 9th October, 2020 in favour of InterDigital. See our blog post on the previous order here.

In its judgment, the court has directed Xiaomi to indemnify InterDigital against any penalty, if issued by the Wuhan court. Readers would remember that the Wuhan court had issued a penalty of RMB 1 million (~ $150,000) per day against InterDigital in its anti-suit injunction (“ASI”) of September 2020 if InterDigital proceeded with its injunction / damages suit against Xiaomi in before the DHC.

This is a long post and is divided into two parts for convenience. The first part deals with the decision issued by the Wuhan Court and includes a comparison of the prayers (as stated by the DHC) made in the Wuhan suit and in the patent infringement suit at the DHC.

The second part of the post covers a critique of the decision of the DHC and various factors that have been overlooked by the Court in issuing the first A2SI. These factors include InterDigital’s history in Chinese courts, and before Chinese anti-trust authorities.

A translation of the Wuhan court judgment may be read from here (source: patentlyo.com).

The substantive part of the Wuhan court reasoning is extracted below. This shows that InterDigital is avoiding dealing with Chinese courts and has used the Delhi High Court as forum of choice to get the desired results.

For this reason, for a long period of time, the two sides achieved no substantial progress in the negotiations, and the negotiations bogged down. On June 9, 2020, in order to resolve the deadlock in standard-related patents negotiations, the applicants filed a lawsuit with this court, requesting and accepting that this court, in accordance with FRAND rules, determine the global rate or range of rate involved in SEPs license fee negotiations between the parties.

However, the actions of the respondents after this court had accepted the case showed that the respondents did not respect the court’s trial procedure, which hindered the proceedings of the case and caused huge damage to the overseas market of the applicants and their affiliates.

On June 9, 2020, after accepting the case, this court served the respondents with the copy of the complaint, evidentiary materials, court summons and other judicial documents. On July 28 of the same year, the applicants informed the respondents that they had applied to this court to decide the dispute between the two parties on the license fee rate, and entered the proceedings.  The next day, the respondents, on account of Xiaomi and their affiliates’ infringement on their patents with No.262910, No.295912, No.298719, No.313036, No.320182 registered and held in India,, applied to the District Court of Delhi, India for a temporary injunction and a permanent injunction against the applicants Xiaomi and their affiliates’ producing and selling REDMI NOTE8, REDMIK20 and other wireless communication terminal products (mobile phone products), to restrict Xiaomi and its affiliates from producing and selling the aforesaid infringing products.

The judgement is 107 pages long and the real analysis is in last 35 odd pages, the remainder being facts of the case, Indian case law, or foreign case law pertaining to on anti-suit injunctions.

In issuing its overly broad (my view) order, the court seems to be guided on the fact that InterDigital had not been served any notice of the Wuhan proceedings (even though notice was given by email on 11.08.2020, and thereafter on 02.09.2020).  The court records in para 94.3:

“….Even as regards the main complaint and the documents filed by the defendants, in that regard, the Wuhan Court records, candidly, that service of the complainant and the documents were still in process, but that it was nevertheless proceeding to issue the anti-suit injunction “directly”, “in a sense of behavior preservation”. Whether the Wuhan Court was justified in doing so, or not, is not for me to comment on, in the present proceedings. Suffice it to state that, in the circumstances, the contention that the order of the Wuhan Court was passed after due notice to the plaintiffs is obviously unacceptable.”

If one reads the Wuhan court judgment, it is clear that service was made to InterDigital by both the court as well as Xiaomi. One doubt that emerges here is that the procedure to obtain an ex parte hearing / status quo order is somewhat similar to the process adopted by the Wuhan court. Like the Wuhan court, we too have a similar procedure where a party is heard and an ex-parte order / status quo order depending the test as laid down under Order 39. Hence, if the Wuhan Court has termed its order as a ‘behavior preservation order’, I see no issues: after all we too issue notice to the opposite party under Order 39 Rule 4 after the ex-parte order is issued.

The court then compares the suit in New Delhi to the proceeding in Wuhan.

In para 96, the Court considers InterDigital’s ETSI commitment to grant licenses of its SEP portfolio.  The para goes on to identify several of Xiaomi’s handsets that supposedly infringe InterDigital’s patents, and also that Xiaomi has been unwilling to take a license to the FRAND terms.

Prayer in the New Delhi suit

This can be stated as InterDigital wants the court to determine FRAND royalty rates, and indeed para 7 provides, “Determination of the FRAND rate at which the defendants could obtain licences, from the plaintiffs for using their SEPs is, therefore, unquestionably an inalienable part of the present litigation.”

Para 97 provides the details of the Wuhan Complaint:

“The prayer clause, in the Wuhan complaint of the defendants, requested the Wuhan Court “to determine the global royalty rates or the range for the licensing of all standard essential patents (“SEPs”) and patent applications in (the plaintiffs) 3G, 4G patent portfolios that (the plaintiffs) hold or have the right to license in accordance with FRAND principal”.”

The same para goes on to state:

“The complaint thereafter refers to a Confidentiality Agreement executed between the plaintiffs and the defendants in December 2016, for a potential patent cooperation project, whereafter it is asserted that substantive licensing negotiations, for the patents held and managed by the plaintiffs, commenced. Details of the negotiations follow, resulting in the defendants alleging that “the royalty rates for the relevant wireless communication SEPs offered by InterDigital (were) obviously too high, which violate(d) FRAND licensing obligations”. Exception has also been taken, into the complaint, to the refusal, by the plaintiffs, to disclose the basis on which they had worked out the royalty rates.”