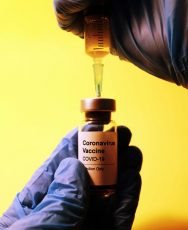 A couple of days ago, I wrote about the Supreme Court’s first hearing in the suo motu Covid-19 case that took place on 30th April, discussing the questions raised by the bench. The interim order resulting from this hearing is now out.

The order discusses the implementation of the Disaster Management Act, medical infrastructure, oxygen supply, vaccines, compulsory licensing, and supply of essential drugs. The court has examined the existing government policy on these issues and then asked questions and/or made its recommendations. At the outset, the order clarifies that its objective is merely to facilitate a dialogue between relevant stakeholders and governments, so as to ensure that the policy approach is grounded in the constitutional human rights framework. Thus, it does not constitute binding instructions on what is the executive’s domain. It does however give the Central government much to ‘consider’ before the next hearing. This post will go over points not covered in my earlier post.

The Central Government clarified that two vaccination drives, constituting 50% of vaccines each, were to take place, wherein it would procure vaccines and provide for free of cost inoculation of identified groups including frontline workers, healthcare workers, and vulnerable persons aged 45 years and above; while the state governments along with private hospitals would negotiate and purchase vaccines to carry out a separate drive for people belonging to the 18-44 year age group.

The court expressed its reservations regarding this, pointing out that even the 18-44 age group will include persons suffering from vulnerabilities. Moreover, leaving each state to directly negotiate logistical arrangements with the manufacturers would lead to chaos and uncertainty (para 34-36). The court also sought clarifications on a few questions:

Constitutionality of Splitting the Procurement Process

As explained in my previous post, it has been revealed that both Covaxin and Covishield manufacturers will be charging a higher price from state governments than what they’ve been receiving from the Central government. Upon being questioned on this, the Central government explained that the idea behind allowing direct price negotiations between state governments and private manufacturers was to create a competitive market where private vaccine production is incentivized, resulting in ‘market driven affordable prices.’

The court rightly pointed out that this will be seriously detrimental to the end users of the vaccine, i.e., the 18-44 age group, as their ability to get vaccinated would depend on their state government’s financial wherewithal and policy decisions, leading to disparities across the nation. This group consists of several persons from marginalized communities, who would be disadvantaged as against those above 45 years who may receive free vaccination. Despite not rendering a conclusive determination, the court cautioned that such discriminatory treatment of similarly circumstanced classes of citizens would not only fall foul of Article 14, but is also prima facie inconsistent with right to health under Article 21. The court also asked the government to submit any studies relied on to adopt the market-incentive based approach for vaccine procurement and if such a study was relevant during a pandemic.

Aside from the constitutional tensions flagged by the court, this direct negotiations based competitive-market approach for vaccine procurement, which also allows negotiations between private hospitals and manufacturers, is eerily reminiscent of the flurry of bilateral deals between (mostly) developed countries and vaccine manufacturers that took place in late 2020. The ability of countries to enter into such bilateral deals was(is) determined by their financial strength, leaving millions of people in poorer countries, empty-handed. The great irony is that this kind of competitive market approach to Covid vaccination, which is a public health good due to the pandemic, is exactly what India is opposing through its TRIPS Waiver proposal before the WTO. Knowing that the quantity of vaccines is bottle necked, and the need is urgent, how could a policy of this sort be followed within the country, potentially pitting state governments against each other?

The court then went on to seek the following information:

The court falls short of asking for the IP ownership details on Covaxin, or the relevant terms of Serum Institute’s agreement with the central government. However, if the demanded information is brought into public domain, it would help understand the extent of public funding in these vaccines, and thereby assess the legitimacy of the vaccine prices.

As discussed during the hearing, the order goes on to advise the government to consider compulsory licensing of drugs and vaccines, and other drugs as an option. It recounts the legal framework of CLs for patents in India, and went through the TRIPS regime, focusing on the Doha Declaration and the objectives and principles outlined in Articles 7 and 8 of TRIPS which permit the use of flexibilities to protect public health (paras 42-46, 55).

The Central government insisted that Remdesivir was the only drug useful for treating those infected with Covid. While Tociluzumab had more effective substitutes available in India, Favipiravir’s use on Covid patients was not sufficiently peer reviewed (paras 48-49).Regarding Remdesivir, in addition to the existing licensing agreements between the patentee Gilead and 7 Indian companies, the government is looking at the possibility of importing the same (para 47(x)). The court thus recommended that:

Recognising that gaining admission into hospitals was one of the greatest challenges faced by Covid patients, the court noted a few important policy revisions to be considered by the government:

The strictest directions issued were with regard to attack on free speech in social media among citizens sharing their grievances relating to the pandemic, which would be treated as contempt of court. The court emphasized the importance of free flow of information in society to prevent public tragedies such as the Maharashtra drought of 1973. It also stated that the sharing of information would help embed the pandemic in collective public memory and aid future generations (pg 54).

Despite being issued at an interim stage, the order asks several pertinent questions regarding government policy which, if addressed immediately, would help prevent further deterioration of the national crisis. The vaccine procurement and price policy in particular can have extremely harsh consequences for citizens in terms of unaffordable prices and state-to-state disparity. It is necessary that it be amended at the earliest. However, while the court does urge the government to ban ‘super spreader events’ and gatherings, it does not inquire into the issue of election rallies, Kumbh mela, and such processions which contributed to the skyrocketing surge of the second wave (para 68). It appears that the court is more concerned with the policy to be adopted from here on, but a stricter direction regarding public gatherings would have been helpful.