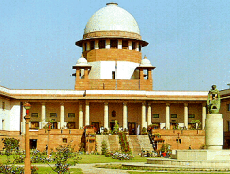 In this post, Adyasha analyses the recent proceedings in the suo motu case taken up by the Supreme Court regarding matters concerning the Covid-19 pandemic. She first discusses the concerns regarding the pricing of vaccines and notes that the court asked the right questions from the Central Government as to the differential pricing for the Centre and other entities, deviation from the National Vaccine Policy, and powers under the Drugs Price Control Order. No specific directions were, however, given in this regard. The court also asked the government to consider compulsory licensing mechanisms which are being debated globally, and have received a comparatively favourable stance from its traditional opposers such as the US. The court also raised the possibility of drug procurement from other countries but did not touch upon possible accompanying issues. Adyasha, however, notes that the court failed to raise the key issue of Covaxin’s IP status which impairs production expansion. She then notes the court’s protection of the use of social media by citizens to voice their grievances. She concludes by noting that no conclusive progress has been made so far by the case as issues have been touched only on the surface. 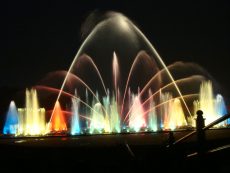 In this guest post, Abhijay a Chinese decision on copyrightability of a musical water fountain show and analyses whether the courts’ approach therein is compatible with Indian copyright law. He first summarises the decision highlighting the court’s novel interpretation to consider the show as an artistic work. He then compares it with the Indian position and notes that it might be difficult for such a show to be considered artistic work in India as it might not meet the fixation requirement which while is specified in the Copyright Manual (though not found in the Copyright Act). He then notes that the Chinese position on fixation is much more flexible as against the US position where it would be difficult to gain protection for a similar show. He concludes by noting that in the absence of a fixation requirement specified in the Act, a liberal approach should be taken towards artistic works as long as the works meet the original-expression requirement.

We informed our readers that the National Law School of India University (NLSIU), Bangalore has announced two PhD scholarships on public health and the law, supported by the Thakur Foundation. The scholarship will be offered to two students for the entire duration of their doctoral studies over a period of three years. Further details including the possible research directions and the application process are mentioned in the post.

A Guide on Fair Use Cases in India 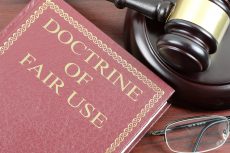 In this post, Pankhuri brought out the initial instalment of a compilation of all the fair use decisions pronounced by India’s high courts and the Supreme Court under the Copyright Act, 1957 till date. The compilation lists the relevant legal provisions, case details and the main points of court’s reasoning in respect of each type of use. This instalment compiles the decisions relating to education and research. Within this category, the cases have been arranged according to the broad type of use, such as course packs, guide books, question papers etc. The compilation will be updated periodically and the entire compilation should hopefully be released soon.