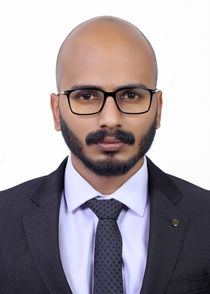 We’re pleased to bring to you a post by Akshay Ajayakumar, discussing collective marks and analysing numerous erroneous collective mark registrations granted by the Indian Trade Marks Registry.  Akshay is a practicing advocate based in New Delhi. He is a graduate of National Law University, Jodhpur.

Collective Marks: A Tale of Collective Confusion at the Registry

What is a collective mark ?

A collective mark indicates the commercial origin of certain goods/services by informing the consumer that the source of the goods/services belongs to a certain association and that it has the right to use the mark. The primary function of a collective mark is to indicate a trade connection with the association or organization who is the proprietor of the mark. As per Section 2(1)(g) of the TM Act, a collective mark means “a trade mark distinguishing the goods or services of members  of an association of persons (not being a partnership within the meaning of the Indian Partnership  Act, 1932 (9 of 1932) which is the proprietor of the mark from those of others.” This differs from a certification mark, which are signs which seek to certify certain characteristics of the goods (for example, their quality, geographical origin, etc).

Special requirements for a collective mark under the TM Act

Sections 61 to 68 in Chapter VIII of the TM Act are special provisions for collective marks.

It is also relevant to note that a proprietor having failed to observe, or to secure the observance of the regulations governing the use of the mark, is an additional ground for removal of registration as per Section 68(b) of the TM Act.

Therefore, an application for a collective trademark needs to be accompanied by an exhaustive regulation governing its use and a statement of case in support of the application. It is also relevant to note that the Draft Manual of Trade Marks also instructs the Examiner to defer the examination till a proper draft regulation is filed.

The deplorable reality at the Registry

In light of the glaring defaults in examination at the Registry, it is inevitable that there are other collective marks existing in the Register of trade marks which have not followed the due procedure of law. Further, as per my experience, even when regulations are filed, they are not examined properly. The Registry must take measures to make sure that Examiners are properly educated and sensitised about collective and certification marks to avoid such blatant errors. The sheer volume of erroneously accepted applications is also testimony to the lack of awareness about collective marks.