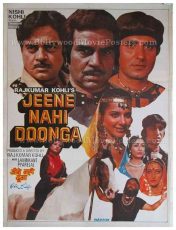 The Registrar of Copyrights has rejected the application of Phonographic Performance Limited India, (“PPL India”) a major collective rights organisation for sound recordings in India, to be a registered copyright society. Adding to the list of dramatic stand-offs between the Government of India and collective rights organisations like IPRS and PPL, the PPL has now approached the Delhi High Court to direct the Government to reconsider the registration application.

PPL applied for re-registration on May 2013. While its application for re-registration was under consideration, PPL sought to withdraw it, through its letter to the Registrar in May, 2014. According to the letter, PPL did not consider itself to be a copyright society, and considered itself to be only a private company governed by the Companies Act (following in the steps of IPRS, which had made similar claims).

According to averments made before the Delhi High Court, the Registrar of Copyrights initially rejected the withdrawal by PPL, via a (private) communication in 2014, claiming that the matter of registration affected various rights owners and PPL could not take a unilateral decision to withdraw the application. It also appears that PPL subsequently re-applied with a fresh application for registration in 2018. Finally, however, on May 25, 2021, the Registrar of Copyrights conveyed to PPL that its application for registration as a copyright society was rejected on grounds that the 2014 application was withdrawn, and the 2018 application was belated.

PPL challenged the rejection, arguing that on the basis of the Registrar’s conduct, they are estopped from claiming that the registration was withdrawn, etand prayed for an injunction, inter alia, on the consideration of the registration of other copyright societies by the Registrar.The Delhi High Court declined to issue such an injunction, but restrained the government from taking action ‘inconsistent with the position’ that PPL’s application for registration may yet be revived.

PPL’s rejection of the applicability of the Copyright Act to its functions has been covered on this blog previously, and it is important context to this strange stand-off between the Government and collective rights organisations, following the important amendments carried out to regulate the functioning of Copyright Societies in 2012.

In the meanwhile, PPL’s long dominant position appears to be challenged by a usurper – the Recorded Music Performance Ltd., which describes itself as owning and controlling the public performance rights of its members (the same set of rights which PPL claims to represent its members for). In 2018, RMPL applied for registration as a copyright society, which is also still pending, and which perhaps prompted PPLs attempt to re-register and also to ask for the injunction against the Registrar considering other societies. As this post on the RMPL describes, the existence of two copyright societies over the same bundle of rights would be sub-optimal.

Finally, it is unfortunate that very little is known about the pending applications or the re-registration of PPL as a copyright society, despite the Government acknowledging that it affects the rights of several parties. Unlike in some cases, there does not appear to be a notice of the application, calling for objections.