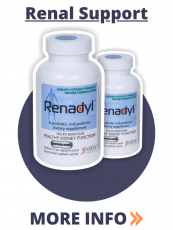 The present post discusses another instance of interim injunctions imposed by our courts on the basis of problematic rationale. Sometime back, I reported on an interim injunction order by a Single Judge Bench of Madras High Court against La Renon Healthcare Pvt. Ltd. and Stanford Labs Pvt. Ltd (the defendants). Without narrating the background in detail again, the order was passed in an ongoing patent infringement dispute (covered here and here for the blog) surrounding Plaintiff no. 2’s (Kibow Biotech) patent on “Compositions For Augmenting Kidney Function” using a probiotic Streptococcus Thermophilus (the probiotic).

Adding another feather to this hat, the Division Bench bench granted a stay on 29th April 2021 over the said interim injunction holding that the order “does not appear to be justified” (See pdf here). Note: While there is a delay on my part in covering this order and many apologies for it, the rationale of the court merits discussion and is extremely relevant in jurisprudence of both interim injunctions and Section 3(c). Coming back to the order, the court held that the plaintiffs were unable to fulfill the conditions precedent to obtaining interim protection. It also took note of the fact that the defendants have been selling their products since the last decade, which is arguably before the availability of the plaintiff’s product in the market. It is noteworthy that even the Single Judge Bench acknowledged this fact in its order (see Paras 70-72 of the order here), (Regardless, it still granted the injunction!). Of all, the most important observation by the Division Bench was on the “flawed” methodology of the Single Judge Bench in determining the existence of a prima facie case (See para 15 of the order). The Division Bench’s rationale stems from the fact that the patented subject matter in the present case is a probiotic, which in ordinary parlance is nothing more than a microorganism and thus no exclusivity can be claimed over its discovery.

Regardless, the court did provide some relief to the plaintiffs, by asking the defendants to deposit a sum of 3 crores and furnish a statement of accounts for the impugned products with the court for the stay to continue.

The Division Bench order ruled that the subject matter of the dispute attracts application of Section 3(c) and since there cannot be a patent claim over the discovery of a bacterium, no prima facie case can be established in the present case. To put it simply Section 3(c) states that there cannot be any claim of exclusivity over a mere discovery of a living thing occurring in nature, for example, the discovery of a bacteria occurring naturally. Furthermore, it is key to note that the strains of the bacterium used by the parties in the present case are different. While the defendants used the DY205 strain of the bacterium, the Plaintiffs’ claim is over strains of KB4, KB19, and KN25 of the bacterium.

Ignoring this, the Single Judge went on to issue an interim injunction on the basis of the reasoning that the ‘different’ strains were of the ‘same’ bacterium. It instead paid deference to the efforts and research undertaken by the plaintiffs to discover the specific strain of the probiotic. In stark contrast to this reasoning, the Division Bench disagreed and held that this methodology adopted to establish the prima facie case was flawed. It ruled that ‘there could have been no claim of exclusivity on account of the discovery of a particular bacterium and there could never have been any claim as to the exclusivity pertaining to streptococcus thermophilus.” The Division Bench reasoned that whether the bacterium was first discovered by the plaintiffs or whether the defendants have followed the discovery made by the plaintiffs, are both irrelevant factors in considering if the defendants have infringed the plaintiffs’ patent since there could not have been a claim of exclusivity on the discovery of a particular bacterium. (Para 15 of the order)

Side Note: An alternative view was argued on the blog, where I argued that the present case can also attract the application of Section 3(e) as well. Readers can find the post here.

Furthermore, it is noteworthy that where the Single Judge Bench dismissed the arguments advanced by the defendants as repetitive on account of the same being made previously before the IPAB in the revocation hearings and before the High Court in the subsequent writ petition, the Division Bench heard them afresh, without any prejudice. However, the Divisional Bench restricted itself from making any substantive comments further, on the merits of the arguments at the interim stage.

Deference to defendant’s presence in the market

Another important aspect of the order is the due regard it pays to defendants’ presence in the market and plaintiffs’ delay in bringing the claim of infringement against it. It is pertinent to note that the jurisprudence on interim injunction specifically expects the plaintiff to prove that if the injunction is not passed and the defendant is not prevented from selling its products, irreparable injury will occur to the plaintiff. This along with the necessity to establish a prima facie case and balance of convenience in favor of the plaintiff forms the three-factor test for an interim injunction. However, in the present case, the Division Judge Bench focused on the fact that it was the defendant instead who had a strong presence in the market before the patented products were made available actually in the market. The court further noted that the plaintiffs did not seek an interim injunction even after IPAB upheld the substantive part of the patent in its favor but rather launched the present action only when the two plaintiffs executed a license agreement in 2018.

I find the above reasoning of the court to be immensely interesting for two complementary reasons- first, while it is the general practice that a plaintiff in interim stages, especially ex-parte hearings, attempts to cast an apprehension regarding the defendant by portraying it as a vanishing entity (see the piece by Sandeep Rathod discussing this here), in the present case, the court has taken up a contrary approach and has instead considered the strong presence of the defendants’ product in the market. And second, it furthered the rationale to grant a stay over the interim injunction by noting that the plaintiffs were not diligent on their part to prosecute the defendants even after orders from the previous litigations were decided in favor of the former. Therefore, while the court did not outrightly use the term, it seemingly applied a variation of the clean hands doctrine in the present case.

Another noteworthy aspect of the present decision is the direction for a security deposit by the defendants. Swaraj and I discussed such security deposits as an alternative remedy instead of frequently passing interim injunctions. While the injunction was already passed in the present case and regrettably using a ‘flawed’ methodology, it’s truly a sight for sore eyes to see courts actually employ equity in interim hearings instead of merely offering lip service to equity and pass interim injunctions without any justifiable reasons.