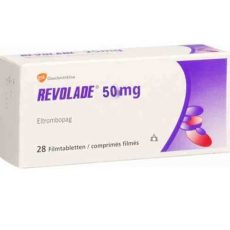 The Delhi High Court recently granted an interlocutory injunction to Novartis against Natco’s use of Eltrombopag Olamine (EO). The debate at the crux of the dispute is, or rather was, the dichotomy between deference to the validity of a granted patent vis-a-vis the challenge to its validity and consequently disregarding the exclusivity granted to it, in litigation. The court in the present matter seemed to have sided with the former and placed the ‘presumption’ of validity of a patent at a higher pedestal, at least during the interim stages. While there are statutory provisions (Section 10 read with Section 13(4) (also see here for Rajiv’s piece on this)) which speaks about the contrary i.e. there cannot be a presumption as to the validity of a patent, the court looked past that and in express terms stated that patents are granted after thorough application of mind by the patent offices and therefore the challenge to its validity must be a ‘credible one’ and not merely one which is ‘worthy of consideration’. (Interestingly, the court has not defined which challenges are worthy of consideration and which ones are credible, when can a worthy challenge turn unworthy and when a credible challenge becomes incredible-y unacceptable.) Therefore, by granting the interim injunction in the present matter on the above rationale, the court has raised the bar for the defendants planning to resort to the plea of invalidity to oppose application of interim injunction, in future litigations.

The Drug and the patent

The international filing date of the patent application for EO is May 21, 2003 and the proprietary right over EO was granted to GlaxoSmithKline LLC in 2009. Therefore, the patent will remain active till May 21, 2023, by the virtue of Section 53 (1) of the Patent Act. The EO patent bears the number IN 233161 (IN 161). After a trail of assignments, the rights were assigned to Novartis Pharma AG in 2015. The product was made available in the Indian market under the tradename “Revolade” by Novartis India Ltd (Plaintiff no. 2).

The EO is salt of Eltrombopag (base) which “is a compound which is disclosed and claimed, along with pharmaceutically acceptable salts, hydrates, solvates and esters thereof, as being useful as an agonist of the TPO2 receptor, particularly in enhancing platelet production and particularly in the treatment of thrombocytopenia.” The specification of EO patent clarifies that “while the free acid is highly useful as an agonist of TPO receptor….the bis-(monoethanolamine) salt of [Eltrombopag] (i.e. EO) has the added advantages of enhanced solubility and bioavailability.” Thrombocytopenia is a condition when a patient has low platelets count (platelets stop bleeding by clumping and forming plugs in blood vessel injuries). The course of Revolade for curing this ailment varies and may range upto 6 years, with dosage starting from one tablet a day. (See here and here).  On a quick search over the internet, I found that a strip of 7 tablets of Revolade is available in India at INR 15,194 i.e. INR 2256 per tablet.

Natco was launching/ has launched its own version of EO (I think under the tradename “Trombopag”, see here), without obtaining a license from Novartis. Consequently, Novartis instituted a suit of infringement against Natco and also filed an application seeking interlocutory or interim injunction on Natco’s use of EO patent.

To defend itself against the interim injunction application, Natco claimed a plea of invalidity of the EO patent under multiple subsections Section 64 read with other provisions. Section 107 of the Patent Act provides that in “any suit” of infringement, every ground on which the patent may be revoked (under Section 64) can be sought as a valid defence. The key term here being “suit”, without specifying its stage at which this defence plea of invalidity could have been taken.The court in Merck v. Glenmark (which itself relied on Bishwanath Prasad Radheyshyam) clarified that this claim can be made even at the interim stage. Stemming from this understanding Natco, in the present case, opposed the application for interim injunction. Natco argued that the suit patent is covered under prior art IN 213176 (IN 176) which is a “compound and a pharmaceutical composition for use in enhancing platelet production.” The filing date for IN 176 is May 24, 2001 and thus its term expired in May 2021.

On basis of the above, Natco argued (sidenote: Natco made multiple arguments however for sake of convenience I have covered its key argument, in case someone feels that I am missing out on any argument advanced by Natco which is essential for the present discussion, please feel free to drop a comment below):-

However, the court had a different opinion. It opined that Natco has a heavy burden of proof to establish the EO patent’s invalidity and ruled that it was not able to relieve it on the basis of the above arguments. Thus, the court rejected Natco’s plea of invalidity on the following grounds- [Sidenote: The court made some interesting observations via obiters at the outset of its assessment, which I think warrant their own separate posts in future, most notably on the lack of precedential value of interim orders and over emphasis on the decisions of foreign courts in patent matters.]

Assessment of the order

The Court somewhat toned down the excitement in the idea of raising a defence of invalidity at an interim stage by resorting to a more sober approach of leaving the detailed debate over determination of invalidity for the later stages of trial. In doing so the court repeatedly stated/ inferred two things-  first, its understanding that such a plea of invalidity must make sense from a prima facie lense, and second, merely casting an apprehension in mind of the court on validity of patent shall not suffice but rather the challenge to the patent must be credible.

Another interesting observation made by the court in the present decision is that the subject patent has been in existence since 2009 and in 12 years of its existence, Natco did not institute a pre or a post grant opposition, nor did it institute an application for revoking the suit patent before the IPAB. The court then held that it was only after Natco was “caught in the act” that it raised this plea of invalidity.

Summing the three points above, the decision puts a heavy burden on the defendant in case it is relying on the plea of invalidity of the patent during the interim injunction hearings. The burden becomes heavier when the court specifically pinpoints that during this phase, the assessment of the arguments are to be assessed from a prima facie lens and therefore, the defendant must clearly establish the invalidity. This establishment of invalidity must not only be done via its arguments but also via the defendant’s own previous acts of challenging the validity at different stages of patent prosecution. (Can this be deemed as a take on reversal of the doctrine of clean hands? Debate up for a later discussion.)

However, one place where the court had a somewhat flamboyant approach was deciding on the “infringement” issue at the interim phase. Ironically, the court in para 32 of the order expressly states “The Supreme Court has, time and again, cautioned Courts, especially in intellectual property matters, not to give detailed findings on merits, as would exhibit a final opinion regarding the rival contention of the parties.” and yet proceeded to make bold statements like “…Absent any prima facie case of vulnerability of the suit patent to revocation on the ground of invalidity, therefore, injunction cannot be refused, once infringement is established.” It is pertinent to note that throughout the order, the court on multiple occasions left issues to be determined at a later stage in course of the trial and yet in the conclusion of the order went against its own caveat to hold the defendant liable for infringement, at the interim stage! Reminds me of Mark Antony’s speech before the Romans where he subtly thrashed Brutus and yet labelled him “an honorable man”.

The presumption which the court took to this understanding was that if the suit patent was valid then Natco’s admission to make available EO in the market will amount to admission of infringement by Natco. However, the court should have realized that by making such statements there is a risk that such statements will deeply affect the court’s understanding to make a fair assessment  in the later stage of the trial, especially when such statements are the result of the court’s assessment during the interim stage from a prima facie lens. This adds on to the burden of proof  which the defendant is expected to establish to seek the defence of invalidity in the suit.

And second by stating that “injunction cannot be refused”, only when prima facie infringement is established the court bluntly and silently dismisses the requirement to fulfill the four factor test. This gives an impression that a prima facie-ly deduced infringement at an interim stage is valid enough to depart from the established practice to fulfil the 4 factor test. This statement comes hand in hand with the fact that the order is strikingly silent on the application and fulfillment of the 4 factor test  which is applicable in the pharma patent matters. While this order clearly enumerates the responsibility of the defendant in interim injunction hearings in case it raises the plea of invalidity, the order nowhere explains how irreparable damage shall occur to Novartis in the present situation and most importantly it has disregarded the above highlighted price difference between the goods of the parties.

In light of this interim order, Natco is prevented from selling its relatively cheaper medicines in the Indian market. Considering this a viable alternative, instead of passing this order there could have been a direction to Natco to submit a security bond before the court (something which we have discussed here).