We’re pleased to bring to you a guest post by Arun Mohan on the recent order by the PPV & FR Authority dated 03.12.2021 in the “revocation application relating to FL 2027- Kavita Kuruganti”. Arun has been a regular guest blogger for SpicyIP and you can find his bio and posts here and here. 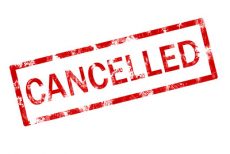 The recent order of the Protection of Plant Varieties and Farmers Rights Authority cancelling the protection granted to Pepsico India for the extant potato variety christened as FL 2027 has been hailed by the media as a “historic win” for farmer’s rights in India.

Needless to state this piqued my interest as to the impact of this order passed under the Protection of Plant Varieties and Farmers Rights Act, 2001, which is generally bereft of any jurisprudence.  At the outset, I believe this order has not clarified nor promoted any farmers rights under Chapter VI of the PPV &FR Act.

Pepsico India, which claims that the potato variety in question is used in its Lay’s chips, had sued some farmers in Gujarat for infringing the same. The civil suits were thereafter withdrawn, but appear to have acted as the trigger point for these cancellation proceedings.

Pepsico was subject to a myriad range of grounds seeking cancellation, but the focus of the order is predominantly on the abject failure by Pepsico to prove its locus as an assignee of the breeder i.e. the individual who discovered the variety. Pepsico’s case was that Dr. Hoopes, being the breeder assigned his rights to Recot Inc, USA. Recot, Inc thereafter changed its name to Frito-Lay North America, Inc, which in turn assigned the rights to Pepsico India Holdings Private Limited, which was the applicant and subsequently the registered breeder. The order categorically records that the assignment between Dr.Hoopes and Recot Inc was not properly done as per the requirement of the Indian Stamp Act, 1999 and does not appear to have been signed by the assignor. Further, there was no assignment deed furnished between Recot, Inc (subsequently renamed as Frito-Lay North America, Inc) and Pepsico India, and it was argued that there was an oral assignment effected between the entities. This was struck down as being insufficient under Sec 18(3) and Rule 27(2) of the PPV&FR Act, which deal with applications by assignees. The order is quite scathing on the Registrar for the lack of diligence in overlooking such obvious lack of material to make out that the applicant was a legitimate assignee. This finding is almost the entirety of the ratio for cancelling Pepsico’s registration, and goes to the extent of questioning as how a sophisticated corporate having over a century’s experience in protecting IP rights, could have failed on such account.

The order also comments on the lack of diligence by Pepsico in disclosing the date of first sale, which has a material impact on the period of protection accorded. The order notes that the date in the application is stated to be 2002 in America, but 2009 in India. Apart from this contradiction, the order also records that Pepsico has not taken the permission of the Registrar to modify the application from being for a “new variety” to being for an “extant variety”. The endorsements and communication made by Pepsico for the purpose, not having been accepted by the authority, would cause the application only to be treated as “new variety”. Given that Pepsico itself admits the date of sale of the variety being prior to the application date, such application would naturally fail on the novelty requirement. Such procedural lacuna is wholly the basis for the order of cancellation.

There has been rather widespread discussion on the impact of this decision on MNCs seeking protection under the PPV &FR Act. I feel there would be no impact as this order does not in any way dilute any right conferred. The only consequence of this order is on emphasising the procedural diligence required of applicants, which is quite natural for availing any statutory right. This is certainly a far cry from it being a “victory for farmers rights”, and does not consider any technical/scientific grounds seeking cancellation. Possibly the stature of the applicant has led to some hullabaloo on the order and its purported impact on India’s IPR landscape. To my mind, the order is simply a procedural one, being highly fact specific and has a marginal contribution to discussions and decisions under the PPV &FR Act.