The IP Reveries series is an experimental ‘fun’ series set in an imaginary classroom where we are using a dialogue format to raise questions and discussions around IP that traditionally don’t find a place to get voiced either due to long standing assumptions, or due to being seen as ‘too trivial’ to discuss in more formal settings. The series is authored by Lokesh Vyas and myself in equal measure. For an introduction to this new IP Reveries series, please check the introduction post here.

Class I brief – What’s in a name! In the last class, we essayed to examine the term IPR and saw how wide this umbrella opens. Given that the term “I.P.R.” is often the beginning of misunderstandings about the subject, the next few classes will seek to unravel the subconscious framework that these comprising words may have for the actual subject. The idea behind focusing on this theme is that while these considerations are almost never explicitly discussed in judgments or academic theory, to say that they haven’t played a strong role in the rhetorical narrative and understanding of “IPR” in the public consciousness would be a hasty conclusion. Indeed, this term was specifically ‘chosen’ to replace the term ‘monopoly’ or ‘privilege’ which had an unpleasant ring. (see text accompanying footnote 13 here). This class will start by digging into the term ‘Intellectual’ (‘I’) and seeing what it entails. If you wish to (re)attend the last class, please go here.

Class II – Interrogating the I – ‘Intelligence’ in IPR (Part 1: pre-break)

Prof. Antilegend: Hi, good morning, stars! Today’s class is about something which can encapsulate anything and is so inevitable that even currently, while not mentioning that explicitly, we are exercising it. Any guesses what I’m going on about?

Feus: (smirking) Nya’s ability to say many words without anyone understanding what they’re talking about?

Nya: (shoots Feus a sharp look). Given the context of where we ended the last class, it should be ‘intelligence’. Right?

Prof. Antilegend: Haha, yes, you are ‘intelligent’. Specifically, we will discuss the ‘intellectual’ aspect of Intellectual Property Rights. Any initial thoughts or doubts before we get inundated with more intelligent questions about intelligence?

Akira: Hm… I do have a basic question. IPR is about protecting the creators, which essentially means stopping others, right? So in simpler and more subtle words, your ‘protection’ is the statutory stopping of others. … (emphatically) So here’s my question: why exactly stop others? I mean what kind of intellectualism is it, which favours withholding intellectual creations? If this is what IPR appreciates, then I don’t appreciate such appreciation!

Prof. Antilegend: Wait, wait, wait. Hold your horses. This is not merely about stopping or allowing. This is about ‘just’ balance, but not only balance. A dominant theory of IP is said to make this happen by keeping people incentivised to create and innovate, and as a result, people have an ever-growing repository of inventions and expressions to access, around knowledge, culture, science, arts, and innovation, etc. And somewhere between the contrasting ‘move fast and break things’ approach and the ‘move slow and make things’ approach, we’re starting to understand that IP policy also has effects on ‘maintenance’ and ‘sustenance’ as well.

Feus: I’m sure that makes sense to smarter people, but Prof. you’re going to have to break it down for me. Practically speaking, where can I see these concepts at play right now?

Prof. Antilegend: Why, everywhere! (smiling). It is in the poetry you despise, the food you relish, the brands you flaunt, the technology you disappear into, or the whisky you keep coming back to. However, before we go further into any more theories and their justifications, let’s step back and look at the broad understanding:- “IPR” generally refers to a “state-granted” ability (“right”), to prevent (“exclude”) others from replicating or making use of creations that are protected by such IPRs. But as we discussed earlier, IP is a bundle of subjects, often full of conceptual divergences, thrust under one (mostly rhetorical!) umbrella called “IP”.

For today’s conversation, let’s just scratch the ‘I’ in IPR, and see what it brings to the table. Fortunately or unfortunately (sighs), understanding “I” i.e. ‘intelligence’ is akin to understanding the visual difference between nine and six (“9 & 6”)! (Laughing) how you see it, fetches you your meaning, but a very different meaning from the perspective of the person sitting opposite you!

Nya: Hmm… Douglas Adams’ witty quote may be apt to put in here: “…on the planet Earth, man had always assumed that he was more intelligent than dolphins because he had achieved so much—the wheel, New York, wars and so on—whilst all the dolphins had ever done was muck about in the water having a good time. But conversely, the dolphins had always believed that they were far more intelligent than man—for precisely the same reasons.”

Akira: Aha! The value of perspective! But Prof., could you explain more about its application in the IPR context?

Prof. Antilegend: ‘I’ in IPR is a ridiculously riddled term that is connected to almost everything in different contexts – after all, isn’t ‘intelligence’ subjective? For example, creations that are the result of people’s application of their intellectual abilities ranging from the steam engine to vaccines for Covid 19; from Da Vinci’s Mona Lisa to Raja Ravi Verma’s Shakuntala, from Muhammad Iqbal’s “Asrar-e-Khudi” (The Secrets of the Self) to Ritviz’ ‘Khamoshi’. Are these not expressions of genius? Products of Intelligence, so to speak? 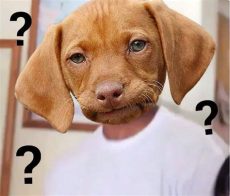 But this ‘I’ can also be extended to more … Let’s say, “interesting” examples. Ah! (excitedly) Do you know what is ‘brown and stick-y’? That’s right – a stick! (groans from the class). Pardon my bad pun, but if you rename it to ‘animal toy’, then it is also the subject matter of US patent no 6360693!

Mindy: Wait…a stick!? Is it ‘intelligent’ to refer to a stick as an animal toy?

Prof. Antilegend: Haha. Indeed – so precisely vague, isn’t it? Or is it? Anyways, just show the intellect as the origin, and the pleasure is all yours. (momentary silence). Did you get it?

Feus: Of course not! (loudly), Intelligence cannot have such a dumb explanation. If anything can be ‘intelligent’, then surely nothing is intelligent? It has to have some specificity.

Prof. Antilegend: Does it? If we’re talking about the concept of ‘intelligence’ in general, then no, Feus, there is no specificity, nor can there be – intelligence is pretty much just a social construction if you think about it. And regardless of its inexplicable specificity, it is inevitable, because it is in almost everything we do. Significantly for our class though – the question to think about is what or which construct of intelligence is the one felicitated by the IP system…Mmm.. (Thinking) Let’s try to think of it through what I call the ‘3C’s lens or the ‘Cerebrate-Create-Celebrate’ lens.

Prof. Antilegend: This is just my own way of analysing, or thinking through what is so intellectual in intellectual property rights. Here it goes (and sometimes it does not!). First, you cerebrate (think), then you create and then you celebrate, (cerebrate → create → celebrate). This is generally how you employ your ‘I’ in the IPR context. But mind it! It is not a strictly chronological process. You may create first and cerebrate later (thinking) for e.g. serendipitous creations such as what happened with microwaves, pace-makers, or even potato chips and viagra, which were accidentally created. There may also be situations where you cerebrate and create plenty, but your cerebral creations aren’t celebrated till after your death! For e.g. Nikola Tesla who lived a life of misery and died in debt. Or when you create but someone else is celebrated for it, like Antonio Meucci and Alexandra Graham Bell! Moreover, there are some inventions, (perhaps most inventions!) such as pottery without any singular identifiable point of cerebration, creation, or celebration.

Akira: Very Interesting! There may be a 4th connected C as well – Colonialism! I have read that even when Britain as colonists brought IP laws into India, they did it in a way that benefitted Britain, but not India! (see pages 130-133 of Vanni’s dissertation here) Most of these laws were brought in under colonial (and later, neo-colonial) rule, were they not? In fact, I also read this article recently that talked about how science is still not as objective as we’d like to believe, and in fact still ‘bears the fingerprints of colonialism’!

Mindy: (thinking aloud) I seem to have some recollection of Enigma’s Incident where the famous and widely sold song which also got an entry to 1996 Atlanta Olympics – ‘Return to Innocence’ was said to be a Taiwanese aboriginal song… (fizzles out trying to recollect details)

Prof. Antilegend: Alas, I know. Actually… Thanks for bringing this up. This brings me to another connected idea of what polite society may call ‘ignorance’. (emphatically) Both in general and in the IPR context, there is the ‘ignored’ and then there is the ‘systemically ignored’! What do I mean? Sometimes people are overlooked due to unfortunate surrounding circumstances that could happen to anyone. Some also point to our understanding of the creation process as being flawed, leading us to create systems that are flawed. But then there are also people who are overlooked or ignored very consciously for ‘real-politic’ reasons such as race, gender, caste, social status, nepotism, and politics.

At a macro level in the IP context, an important (and oft-ignored?) facet of this ‘ignorance’ is also IP Laws’ much-harped “harmony” i.e. mandated ‘minimum’ standards for all countries’ IP laws, due to the WTO-TRIPS Agreement. Though harmonised, IP was never really harmonious with many (most?) local practices and differing socio-economic contexts. Countries’ capacity for production and consumption of knowledge differed owing to multiple factors notably, longstanding colonial exploitation. The generalisation across ‘developing’ and ‘developed’ countries, too, has been quite over-generalised! So, though a ‘one-size-fits-all’ regime was touted as a saviour, it turns out it was quite ignorant of what it was trying to ‘save’! This ‘harmonization’ was rather easily accomplished by making participation in international trade dependent on accepting IP norms set by a small group of people from a small group of countries. Indeed, from its beginning, it was constructed by those whom it benefitted the most, on the values and interests that suited them the most. This is all something we shall try to look at in a later class, but for now, I’m mentioning it because this factor is also a caustic contributor to the ‘ignorance’ idea and ’ affected ‘how’ and ‘why’ people could(not) and were(not) celebrate(d)… (interrupted)

Feus: This is super nice, and I am super sorry for those who got ignored. But … Can we not be ignored from having a break? It’s been a long class with long dialogues and lots of big ideas thrown in – and I’m not sure all of it makes sense to me! Some time to process this would be nice.

Prof. Antilegend: Okay, (smiling) but let’s make it a better ‘intellectual’ break then. Take this one-page note on “Invisibilised Inventors and Hidden Geniuses (PDF)” that I may have somewhat hurriedly put together for you just before the class started. I assure you, you’ll find many interesting examples in it, taking off from many of the things mentioned in class. Go ahead, ‘process’ it, as Feus says, and come back with some nice questions, yes? See you shortly!