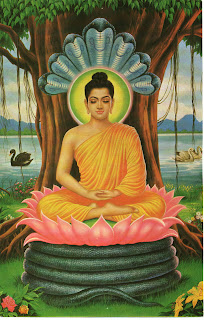 As part of its efforts to celebrate the 60th anniversary of India’s independence, DNA requested me to write an article on India and intellectual property. For those interested, it can be found here. I’ve also copied it below.

I’ve advocated in this article that the Novartis patent case be permitted to run its course and the matter decided on merits by the IPAB/courts, so that we get some guidance on how “efficacy” is to be interpreted. This seems a particularly timely suggestion, now that the Drug Action Forum in Karnataka is calling for a boycott of Novartis, unless they withdraw their case!!

India’s Tryst with Intellectual Property: Towards a “Middle Path”?

These pearls of wisdom, communicated by a music teacher to his pupil in order to explain to him the optimal tautness of the string of a musical instrument, helped catapult the Buddha to nirvana. It led this saint to articulate the “Middle Path” — a position that urges one to avoid taking “extreme” positions. What’s the connection with intellectual property (IP), you may ask? Well, just as we have religious extremism, we’re now witnessing an increasing extremism in IP debates as well. Consider the following news headlines that screamed out at us in the wake of the Novartis patent litigation in India: ‘Patents kill…’, ‘We will defy patents to save lives”, and others in a similar vein.

These statements, reflective of a deep antipathy to patents, ignore the fact that the dispute before the court hinges on a very technical issue about whether or not a new form of a pharmaceutical substance is patentable. Section 3(d) of the Indian Patents Act, 2005, aims to prevent a phenomenon commonly referred to as “ever-greening” by requiring that, in order to patentable, new forms of existing pharmaceutical substances should demonstrate increased “efficacy”. Novartis’s patent application covering Gleevec, an anti-cancer drug, was rejected on the ground that it lacked increased “efficacy”. This prompted Novartis to appeal the rejection of its patent, which in turn prompted most of the headlines above!

Shouldn’t the case be permitted to run its course? What credibility would we have left as a country if we introduce terms such as “efficacy”, not known to any other patent regime, and then expect interested stakeholders to desist from taking up the issue before courts in the hope of gaining some clarity on how such terms are to be interpreted?

Patents are not ‘bad’ per se, as most of these statements make them out to be. Rather, as with most other things in life, they are susceptible to abuse. In this regard, it is important to strike a distinction between the grant of a patent and the regulation of its ‘use’. Assuming that the Novartis patent issues, there are plenty of built-in safeguards in India’s patent regime to ensure that the prices remain in check.

Some may point to the fact that Indians have always believed in sharing knowledge, and the institution of a ‘knowledge commons’ since time immemorial. The very notion of intellectual property is, therefore, antithetical to Indian culture. A quick look at history helps dispel this myth. Yes, there was a fair bit of sharing, but predominantly between one class of people, the Brahmins, and any leakage from this class was prohibited and sometimes even visited with severe sanctions — a very effective form of ‘trade secrecy’, one might say.

Of course, the picture is not complete without a look at the extreme views advocated on the other side of the fence — views that extol the one-sided wonders of the patent system, views, for instance, that promise a country like Eritrea rapid innovation and industrial success if only it introduced a patent regime similar to that in the US. Here again, lessons from history help qualify this highly romanticised view of patents.

Contrary to popular perception, India had a pharmaceutical product patent regime since 1911, thanks to the British and their propensity to gift colonies with laws/policies that were similar to theirs. And yet, this gift did not help create any indigenous pharmaceutical industry in India — not very surprising, given that most countries need to imitate first before inventing and strong IP regimes stand in the way of permitting such imitation. This colonial regime also resulted in extremely high drug prices. A US Committee investigating drug prices the world over found that in 1961, Meprobamate, an anti-anxiety pill, cost more than twice as much in India as it did in the US!

Independent India was therefore keen on breaking away from its colonial past and putting in place a regime that reflected ‘national’ interest. A committee headed by a sagacious judge, Rajagopala Ayyangar, undertook a quick survey of patent regimes the world over and found that most industrialised nations began by installing regimes that permitted some level of technological imitation. It also found that the chemical industry in India had the potential to reverse engineer drugs. It therefore recommended the abolition of product patents and the introduction of process patents for pharmaceuticals. As process patents are weaker than product patents, the idea was that such patents would not prevent the domestic industry from reverse engineering existing drugs and manufacturing generic versions via alternative processes. The success of the Indian generic industry today is testimony to the far-sightedness of Ayyangar’s policy.

India has imitated for more than 30 years now. So, is this the right time to shift to a product patent regime? Unfortunately, we don’t have the luxury of asking that question anymore, since TRIPS obligates us to do so, and we did so in 2005. But what we can do is calibrate how much protection we wish to grant to pharmaceutical inventions. Section 3(d) is in many ways an example of such calibration, and reflects India’s attempt to minimise the impact of product patents by granting it to only those substances that are truly “inventive”. However, it uses terms such as “efficacy” that haven’t been defined. And this is why it is critical that we let the Novartis case run its course so that standards for interpreting such terms evolve.

India is neither ‘developed’ nor ‘developing’. It is what I would call a ‘technologically proficient’ developing country. We’re strong in certain technology sectors and therefore need to find ways to add incentives to encourage innovation in these areas. Yet 26 per cent of our people live below poverty line and we are “developing” to that extent. The age-old IP rules that were premised on this neat distinction between developed versus developing countries don’t fit us anymore. This calls for ‘new’ norms, and we need to ‘innovate’ in our IP policy as well, without blindly copying norms created by the west. Perhaps the time is ripe to constitute another committee to help us determine what the optimal ‘tautness’ of our patent/innovation policy string ought to be in today’s knowledge economy.