We’re pleased to bring to you a 2 part guest post by Amit Tailor on the question of when a patent application can be divided, that came up in the recent case of Boehringer Ingelheim vs. The Controller. The first slightly shorter part focuses on reviewing the judgment on this question, while the second slightly longer part carries out an analysis of the same.

Amit is a post graduate in Pharmaceutical Sciences from National Institute of Pharmaceutical Education and Research (NIPER), S.A.S. Nagar (Mohali) and LL.B. from Faculty of Law, Maharaja Sayajirao University of Baroda (MSU), Vadodara. He has also completed his graduation in Pharmacy from MSU, Vadodara. Amit is a registered Patent Agent and an IP practitioner and currently part of the IP litigation team at Sun Pharmaceuticals. He also writes poetry with penname “કાચબો” [Kācabō – meaning tortoise/turtle] at www.amittailor.com : અમિતટેલર.કોમ – કાચબાની કલમનું કાયમી સરનામું (Permanent Address of the Pen of Kācabō). Amit has written several guest posts for us before and you can find them here.

When can/not a Patent Application be Divided? Part I: Boehringer Ingelheim vs. The Controller 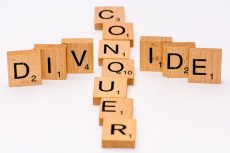 Brief facts of the Case

An application was filed with a set of claims which were later amended in response to the First Examination Report (the “First Amendment”). But, before the Patent office took the merit decision on the First Amendment, the applicant filed two successive amendments to the claims (the “Later Amendments”). The Controller, after hearing, refused the claims in the First Amendment for being allegedly anticipated by and/or obvious over the prior-art.  At the same time, the Controller also refused the Later Amendments, u/s 59(1), for the amended claims allegedly changed the scope of the claims and therefore did not fall wholly within the scope of the claims before the amendment.

I have discussed the issue of ‘extent of allowable claim amendments u/s 59(1)’ in more detail in my earlier post on SpicyIP (in two parts here: Part-1 and Part-2). I believe the discussion therein is equally relevant for the aspects of Section 59(1) associated with the facts and issues of this case – changing the Scope of the claims by amendment during prosecution. Therefore, this post is limited to the discussion on the aspects of divisional application only.

The Issue Before the Court on Appeal: Maintainability of the Divisional Application

The Parent Application Must have “Plurality of Inventions”

Where is the Invention? There Should Reside the ‘Plurality’.

The Court held that for the purpose of Sec. 16, the ‘plurality of inventions’ should clearly exist in the [claims] of the parent application. If an invention is not claimed in the claims of the parent patent application than the same cannot be permitted to be maintained in a divisional application, solely on the basis that the same was disclosed in the specification.

The analysis of the Court’s conclusion continues in part 2.