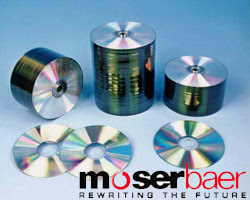 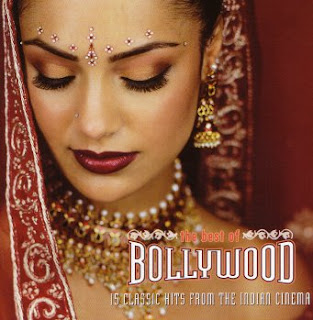 Moser Baer, an Indian leader in digital media manufacture (DVD’s and VCD’s) is helping change the piracy paradigm. In a laudable initiative, they are acquiring copyright licenses to a wide range of movies and selling DVD’s/VCD’s for rock bottom prices.

Needless to state, this move will reduce the scope for piracy considerably. Illustratively, a normal DVD version of a movie costs around Rs 200 (USD 5) or upwards in India, whereas the version sold by Moser Baer costs around Rs 30-50 (USD 1). The pirated version also sells in places like Palika Bazaar for around the same amount (USD 1) or sometimes even more! With such low margins, pirates will find it hard to survive!!

Indeed, the use of such “mild” economic principles is a much smarter way of tackling piracy than the oft “aggressive” and terribly expensive anti-piracy campaigns carried out throughout the country. Perhaps we need to replicate this “pricing” model in the pharmaceutical sector as well, so that brand name drugs can be made available at affordable prices. As SpicyIP has been reiterating, pharma pricing is a major cause for worry–and big pharma has shown a great reluctance to price differentially in developing country markets. No doubt, in recent years, owing to pressure from civil society groups. some have adopted more reasonable and fairer pricing policies. Readers will recollect that SpicyIP carried an earlier news item of Sanofi Aventis pricing an antimalarial pill differentially in the same country!!

Apart from the “fairness” argument, such a strategy may make economic sense, particularly in a populous country like India (a potential market of 1 billion!!). Of course, parallel imports are often propped up as the key disincentive for not adopting differential pricing policies. However, as an earlier post explained, “technology” may be the right answer to this conundrum.

Incidentally, while visiting my uncle in Kerala recently, I found that his refrigerator contained medicines worth a whooping Rs 10 lakhs (USD 25,000). No–he is not a terminally ill patient with a penchant for expensive medicines! He is a leading cancer specialist-and gets a number of these freebies as samples from pharma companies. Each vial/strip was worth about a lakh (USD 2500)!

If smart thieves were to raid his house, they would no doubt head straight to the refrigerator and not the safe!!

Anyway, for those more interested in Moser Baer’s revolutionary pricing strategy, see this case study by ICMR. Excerpts below:

“Moser Baer said that it would spend up to Rs. 5 billion over the next few years in this new initiative, which included plans to acquire copyrights and licenses for 7,000 movie titles in all major Indian languages…

This was quite different from developed markets such as the US, where the home video market was as large as the theatrical market in terms of revenues. Moser Baer’s entry was expected to change the pricing dynamics in the industry as the existing VCDs and DVDs were priced between Rs. 100 to Rs. 200, and Rs. 200 to Rs. 600 respectively. “Yogesh Mathur, Group CFO of Moser Baer, said that the company would leverage its proprietary technology and manufacturing strength to offer VCDs and DVDs at prices as low as Rs. 28 to Rs. 34 respectively.

The company intended to make movies more affordable for home viewing and encourage consumers to build their own personal movie library. In addition to growing the market, analysts expected Moser Baer’s low-price strategy to affect the home video piracy market. However, some industry experts felt that video piracy would continue to remain active as it was the new movie releases that were mostly affected by piracy. Hiren Gada, vice president of Shemaroo Video, a leading market player in the home video market, said “Pulling down prices may curb the price-sensitive piracy-a movie being copied and sold for 10-20% of the original price.

But what will be hard to tackle is the time-sensitive piracy, which happens because, according to law, there has to be a time lag between the theatrical and home-video release of a film.” Moser Baer would have to work with movie producers and film distributors to shorten the time to market a new movie release and allay their fears that the home video market could affect their business. Moreover, Moser Baer could find it difficult to provide low prices for the latest movie releases as the rights would be costlier when compared to old movies. Technology obsolescence was also a key threat. But, the company said that it was prepared and had made investments in new technologies such as Blu-ray.”