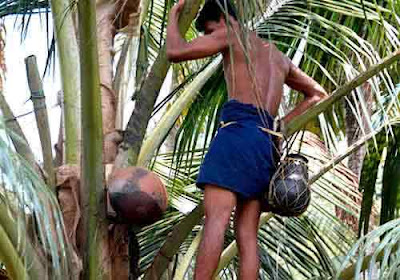 Issues of “access” to medicines have been part of mainstream IP debates for many years now. Unfortunately, another glaring issue of “access” has not merited sufficient attention: namely that of access to the patent system itself. Quite surprising, given that this bottleneck ends up engendering more inequity, as it prevents poor “informal” innovators from partaking in the benefits offered by the patent system.
Given that patents are a major “reputational” currency for new businesses these days, it is critical that we promote a regime that is more “inclusive” in nature. One might even argue that with players such as Intellectual Ventures (IV) and Ocean Tomo helping create a more robust market for ideas, patents would, in due course, become a great social leveler. For anyone with a bright idea could monetize his/her idea and move up in society (at least economically).

The key bottleneck for participation in the patent system however are the huge costs. Not so much the government costs, as much as the stupendous patent attorney fees involved in crafting a patent application sound enough to withstand the tightest scrutiny. And filing such applications not just in India, but in all other jurisdictions, where the innovative idea might find a potential market.

If leading patent agents were to volunteer their services to poor innovators on a pro-bono basis, we’d have no problem. In fact, some firms do engage in voluntary work of this nature. Unfortunately, from my conversations with folks who’ve been recipients of such kindness, the key problem appears to be that such work often gets relegated to the fag end of a lawyers’/agents’ priority list. With the result that the quality of the service is often not on par with regular billable work.

Which leads one to ask: how do we incentivise leading attorneys and patent agents to spend more time on pro-bono work? I throw up two tentative suggestions in this regard:

1. The government formulate a scheme where, for every application drafted and prosecuted for a poor innovator, the said attorney or law firm merits a “star”. Each such star would convert to an offer of expedited prosecution in favour of any other client of the law firms’ choice. Illustratively, if leading IP law firm, Remfry & Sagar helped draft and prosecute a patent for a poor inventor from Kerala who conceives of a new way of tapping toddy (a famed elixir of life), they would get a star and earn the right to demand expedited examination for their client, General Electric. (GE) Naturally, they would charge GE extra money for this privilege. And in this way, the costs are passed on to GE. The key problems that one might envision in respect of this proposal however are that:

a. One may not be able to ensure that law firms render the same quality of service to pro-bono clients. For, such firms could still spend less time on this work and earn the star anyway. We need to therefore think up an effective “quality assessment” mechanism where the quality of pro-bono services are measured in some objectively credible manner.

b. One might argue that it is not “fair” to favour a rich applicant such as GE at the cost of other patent applicants, when our patent office is already resource constrained and slow.

2. The other option (and one that I personally prefer) is to permit patent agents and attorneys to claim a stake in the commercialisation of the invention that the patent covers. In other words, Remfry does not charge any money from the ingenious toddy tapper for drafting and filing his patent. It does it for free, on the understanding that if the patent issues and is later commercialised, a part of the commercialisation proceeds (such as a percentage of license fees) would go to Remfry.

Had this been a “lawyer: client” transaction, one might have argued that it comes very close to a “contingency” fee arrangement, where the lawyer has a direct pecuniary interest in the matter, and is therefore “illegal” and void under the Contracts Act. Further, it might also qualify as a breach of ethics under the Advocates Act. But given that we have no regulation as yet subjecting patent agents to the same code of ethics as “advocates”, patent agents appear to be free to devise such arrangements with their clients. In any case, my own view is that the bar against contingency fee arrangements and champertous deals are antiquated and need to go. Indeed, I would argue that contingency fee arrangements enable greater access to justice for the poor and should be seen as promoting public policy and not as thwarting it.

The advantage of encouraging more patent attorneys/agents to enter into deals such as the above is that these agents then begin taking an active interest in the “commercialisation” of the invention…and move beyond their strictly formal role of merely drafting and prosecuting patents. This helps create a more sophisticated tech- transfer professionals in the long run.

In fact, I’m guessing that some patent agents and firms already enter into arrangements such as the above and look forward to hearing of notable examples in this regard from our readers.

In the grand scheme of things, as far as a client is concerned, and indeed as far as society is concerned, commercialising an innovative idea is far more useful than simply registering it and adding to the patent pile. In the long run, this makes patent agent work even more interesting and fruitful and attracts many more to the fold.

ps: another option is to simply grant tax deductions to agents that spend time on probono matters, an aspect that i will consider in another post.
pps: image from here.