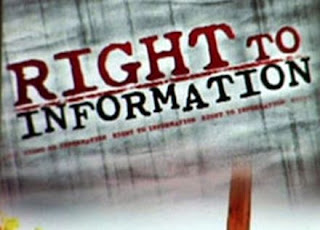 In the backdrop of the Copyright Amendment Bill, 2010 I thought it would be interesting to get some data on actual numbers involved in the music industry especially the Copyright Societies.
Therefore in July, 2010 I had sent the Copyright Office a RTI asking for Rule 14P information (for the years 2005-2010), that is required to be filed on an annual basis by the Copyright Societies – Phonographic Performance Ltd. (PPL) and Indian Performing Rights Society (IPRS).
Initially the Central Public Information Officer (CPIO) dismissed the RTI application with a one-liner, asking us to check the websites of IPRS and PPL for the required information. Outraged by this reply an appeal was filed with the Registrar of Copyrights. The Registrar ruled in our favour and deemed all Rule 14P information to be of public interest thereby guaranteeing our right to access the same.
The CPIO subsequently requested us to pay Rs. 1226 as photocopying charges for an estimated 600 pages. A DD for the same was sent to the CPIO in December, 2010. Subsequently two days ago the CPIO sends us two annual reports. The first being the PPL Annual Report for the year 2005-2006 and the second being the IPRS Annual Report for the year 2008-2009. Not only was I not given the entire information I was also short-changed because the information sent was hardly 200 pages while I was charged for 600 pages. So this is the stage of affairs where the CPIO has absolutely no regard for the orders of the Registrar of Copyright. We will soon have to file another set of appeals with the Registrar of Copyrights with the hope that he disciplines the CPIO.
Image from here.
Before I embark on another round of painful appeals I thought it would be interesting to share some of the data from both the reports. The Reports themselves are available over here:
(i)PPL – Part I; Part II
(ii)IPRS – Part I; Part II

Incidentally the IPRS website also hosts its latest annual report on its website. Before going any further I would like to briefly describe both IPRS and PPL. While PPL collects royalties for only public performance of sound recordings, IPRS collects royalties for the performing rights in the lyrics and other underlying works. A restaurant or pub which is playing a sound recording, will be required to pay both IPRS and PPL while a live band will have to pay only IPRS.

(i) Tariff Scheme: In its annual report for 2005-06, PPL lays out its Tariff Scheme for only radio stations, ringtones, IVRs, television channels. However when it comes to the Tariff Scheme of ‘Public Performances’ in public locations such as pubs, restaurants, hospitals etc. the report merely states that they will be the same as the previous year and since we don’t have last year’s report we have no clue on what PPL’s rates are supposed to be. It must be noted that this is the one segment where PPL is accused of going around and extorting money from owners of small and medium establishments. Transparency in this one segment is of paramount public interest.

IPRS in its annual report for the year 2008-09 also does not provide the actual Tariff Scheme. This is rather curious because IPRS is the only Copyright Society which publishes its entire Tariff Scheme on its website.

(ii)Audited Accounts: The contrast between the IPRS and PPL accounting scheme is interesting. The IPRS accounts seem to be much more detailed giving a neat break-up of all accounts including the amount it earns from overseas and the amount it reimburses to its overseas affiliates. PPL does not provide these details despite collecting royalties for the same. It must be noted that there have been serious doubts on whether PPL has the right to collect royalties on behalf of foreign entities in the U.S. Most interesting however are the revenues of both organizations:

b. IPRS’s revenues for the year 2009-2010:
(i)Broadcasting Radio FM: Rs. 10.72 crores
(ii)Broadcasting Television: Nil
(iii)Public Performance: Rs. 20.28 crores
(iv)Webcasting: Rs. 35 lakhs
(v)Overseas: Rs. 10.7 crores
(vi) Total Revenues: Rs. 42 crores (approx.)
The above incomes for both Societies cannot be compared due to the simple fact that they are for different years.

(a) Litigation against PPL: The Federation of Hotels and Restaurant Association of India and the National Restaurants Association of India have both filed writ petitions before the Delhi High Court challenging the constitutional validity of Section 33 of the Copyright Act, which provides for the registration of Copyright Societies. Both matters are currently being argued before a Division Bench of the Delhi High Court, which heard arguments on the matter today. I have no idea of the exact challenge and would be grateful if anybody could pass on these details to us.

(b)Litigation against IPRS: Saregama has been filing one suit annually at Barasat Court from 2004 to 2006 in order to obtain an injunction against the holding of IPRS’s AGM. There are also three petitions before different Company Law Board (CLBs) by Universal Music Ltd., Sony BMG and TIPs. All three petitions allege that IPRS has admitted Authors and Composers as members and not ‘Owners of Copyright’. Further the petition has also alleged that as a result of this membership pattern ‘owners’ are effectively rendered into a minority in the Society. The relief therefore sought by these petitions is that all authors and composers be expelled from the society so that the Society is in control of only the Owners. This probably explains the proposed amendment to the Copyright Act wherein copyright societies are to be controlled only by authors and not owners.