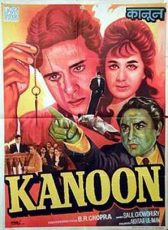 The seemingly never-ending saga of copyright licensing societies in India has taken a fresh turn after the Delhi High Court (through Justice Yogesh Khanna) in its judgement of March 9, 2022, accepted Phonographic Performance Limited’s (PPL) Writ Petitions directing the Government of India to reconsider PPL’s application for registration as a copyright society, and accordingly, to set aside the registration of Recorded Music Performance Limited (RMPL) as a copyright society for sound recordings. We have previously written about the PPL/RMPL saga here, and here.

PPL was functioning as the sole registered copyright society under the Indian Copyright Act for public performance rights and broadcasting for sound recordings, until 2012, when the Copyright (Amendment) Act introduced new obligations for the management of copyright societies, requiring, among other things, that existing societies be re-registered in order to carry on the practice of rights management on behalf of rightsowners.

In 2021,three years after the fresh application by PPL and eight years after the initial application for registration, the government rejected the registration of PPL, claiming that the earlier application was considered withdrawn, and the 2018 application was belatedly filed (as per the Copyright Act and Rules). This was challenged before the Delhi High Court, which passed an ad-interim order stating that “…in the event the petitioner succeeds in the present petition, its application for re-registration dated 09.05.2013 under Rule 47 of the Rules would stand revived, and would have to be examined on its own merits. This position will be borne in mind by the respondent, and the respondent shall not take any action inconsistent with this position during the pendency of the present petition.” (Emphasis supplied)

Shortly after rejecting the application, the Registrar of Copyrights granted registration as a copyright society to RMPL for sound recordings. According to Section 33 of the Copyright Act, the Government should not, ordinarily, register more than one society for the same class of works, in this case, sound recordings. PPL therefore filed the present writ petitions challenging the orders for the rejection of their registration, and the registration of RMPL.

PPL argued that its application was wrongly rejected, without application of mind and contrary to principles of natural justice. The respondents, Union of India and RMPL argued that PPL had elected to act as a registered company instead of a copyright society, and could not now claim otherwise, and further, no prejudice was caused due to the breach of natural justice.

The court accepted PPL’s arguments based on two grounds –

First, it found that PPL had a legitimate expectation that its application for re-registration would be considered. This was based largely on the Government’s own conduct in keeping the original (2013) application in abeyance and rejecting PPL’s claim to withdraw its registration, while at the same time the registration was granted to IPRS under similar factual circumstances. The court also refers to a 2016 office memorandum which states that the applications of PPL and IPRS are ‘under examination’ The petitioner was therefore made to believe its application was under consideration and had a legitimate expectation that it would be duly considered. The court rejected the respondent’s claims that PPL had elected to operate as a company instead of a society, on the basis that the government’s delay in consider PPL’s application had forced PPL to act as an incorporated entity in the interests of its members.

Second, the court found that the order for rejection was without providing the petitioner an opportunity to be heard and that the order was passed without application of mind, and the merits of the application were never considered. This, being contrary to established principles of administrative law, was illegal.

The court’s judgement means that the status of administration of sound recordings goes back to where it was in 2013. The judgement once again leaves copyright owners and music licensing in India in the lurch, as in the status quo, no organisation can currently license sound recordings on behalf of rights owners. It also implies that RMPL is unlikely to be able to proceed with its business of licensing, unless the government decides to accommodate two licensing societies, for which there does not appear to be a clear justification. The debacle itself was largely caused by the government’s own delays and inaction on the matter and the failure of transparent and consultative processes in the management of copyright societies.