We’re happy to bring you a guest post by Akshat Agrawal on a recent order by the Delhi High Court in the matter of RMPL v. PPL regarding the conflict over registration as collecting societies. Akshat is a lawyer, interested in IP policy, currently litigating at the Patna and the Delhi High Courts. He has previously written for us here, here, here and here. 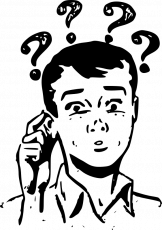 In a recent order dated 11th April 2022, passed by a division bench of the Delhi High Court, interim reliefs have been granted to both Phonographic Performance Ltd. (‘PPL’), as well as Recorded Music Performance Limited (‘RMPL’), in their tussle over registration as Copyright Societies under the Indian Copyright Act.

The order of the Division Bench, stems from an appeal filed against an order that covered here. The historical conduct of both these bodies, especially PPL including:

have been extensively covered on the blog. I have also covered the litigative attempts of PPL to continue to issue  licenses by getting rights assigned in its favour and cleverly using the first proviso to Section 33(1). As pointed by Prashant, it is quite suspect as to whether these agreements even qualify to be assignment agreements, as against mere licensing agreements, as per the requirements of Section 19(3) of the Act.

Order of the Division Bench

The Division Bench of the DHC, after noticing the controversy, i.e., –

has granted, as a pro tem measure, a stay on the decision of the Single Judge to the extent it disallows RMPL from functioning as a Copyright Society. The Division Bench has also directed the Registrar to consider the application of PPL during the pendency of the appeal- within four weeks. Importantly, the court has clarified that the registration of RMPL would not prejudice the decision on the registration of PPL. The Court has also made a prima facie observation that PPL got “hopes” of registration from correspondences with the Registrar.

In my opinion, this pro tem measure has a significant balance for the interim period. However, to my surprise, it was not revealed to the Court that PPL, who apparently has been living in hope, has simultaneously been continuously litigating across India to continue as a body issuing licenses outside of the regulatory regime contemplated by Copyright Act. It has continually been relying on suspect assignment agreements in its favour and using the proviso of Section 33(1) of the Act, to issue licenses. In both PPL v. Canvas Communication (Delhi HC) (post its application for re-registration as a society), as well as PPL v. The Royal Fusion Café and Lounge and ors (Bombay HC), PPL has tried to continue to defend its functioning via this mode- inspite of having applied to be registered as a society.

Would floating on both shores be legal? If PPL is granted registration now, can it continue to keep issuing licenses both- through assignments in its favour- outside of the regulatory regime, as well as a copyright society? In light of the precedents of the Delhi HC – which ignore the intent of the statutory bar under Section 33, what stops PPL from doing both?

Moreover, how does this reflect on the purpose of Section 33, and the potential of Section 33(1) to be misused to completely defeat its regulatory intent, which consciously flows from cautionary tales of collective management of rights abroad. Can all of it be ignored and PPL be allowed to function as both an assignee (outside of regulation) as well as a society? I reiterate what Sreyoshi had written on the blog 5 years back:

“So, is this then just as we feared? The intent of section 33 (and the entire chapter VII, for that matter) stands defeated – organizations that are solely engaged in issuing and administering licenses in copyrighted works, are doing so without having to comply with the provisions of the Act.”

At least to ensure that such a situation does not arise, there was a need for the Court to injunct PPL from issuing licenses through assignment agreements from various owners. This should definitely be considered by the Court before the Registrar takes a call on PPL’s re-registration. Further, while finally deciding, it would also be important for the Court to not give in to the perception of hope created by PPL, and for it to examine its actual conduct by perusing –

[I]      correspondences with the Registrar,
[II]    the litigations that it has been pursuing, as well as
[III]   examining its cunning strategy of ensuring that both options of issuing licenses – i.e., (i) as an assignee (unregulated) and (ii) as a society (regulated)- exist in case one is stripped of by Courts, as was recently done by the Madras HC in Novex Communications Pvt. Ltd. v. DXC Technology.

Insofar as registration of  multiple copyright societies for a single class of work, and the use “ordinarily” in the proviso to Section 33- is concerned, we have had considerable debates on the blog here, here and here.

I haven’t been able to trace its legislative intent as the Joint parliamentary Committee Report on the Copyright (Second Amendment) Bill, 1992, isn’t available online. However, in my opinion, the use of “ordinarily” clearly contemplates a breathing space for multiple registrations, especially in works which require them due to -(i) multiple linguistic entertainment avenues, and (ii) interests of competition and efficient functioning – both for users and rightsholders. More so in the backdrop of allegations of anti-competitive functioning on to-be copyright societies like PPL and their individual ability to drive market demand of user licenses. The ultimate purpose of copyright being a means to an end of cultural enrichment, it is important to have such a breathing space in collective management to ensure that there is no abuse of singularity/ natural monopoly statutorily conferred. The functioning of a collecting society as an unregulated cartel could result in aggressive enforcement of copyrights. This coupled with monopolistic behaviour – influencing the rates set can potentially increase prices and lower consumption.

Insofar as transaction costs is concerned, of course the whole intent of allowing a natural monopoly in various statutes around the world (Italy, Morocco, Argentina etc.) is to ensure single-window clearance. However, if due to evidence of anti-competitive behaviour or mismanagement/inefficiency in licensing (as was the case in Brazil, Spain and Sweden, where massive corrupt practices were indulged in due to a dominant position), more than one copyright society is registered for a class of work, it would definitely be a worthy trade-off – so long as better rates are offered. In other words, there is an overall welfare gain if the consequence of total savings in user rates offset the higher transactional costs of licensing.

As argued by Oriakhogba, the existence of multiple copyright societies, may also lead to competition on the owners side of the market, thus increasing the efficiency in functioning, better royalty disbursals, better transparency etc.

The case of Nigeria

Interesting, a similar debate had come up in Nigeria, in the case of a similar provision and a similar regulatory regime. Even there, statutorily, only a single copyright society can be registered for one kind of work. The interpretation that was taken (at accompanying note 52) while allowing registration of a second society was that- although the Act favours singularity, multiple societies may be registered under narrow conditions. MCSN, in Nigeria, was allowed to be registered as a second society for musical works. The initial rejection of MCSN was due to non-compliance with statutory requirements, however upon a directive being issued, both MCSN and COSON were allowed to function as copyright societies for musical works. They simultaneously existed for about 14 months, until COSON’s (prior registrant) registration was suspended for management issues. Interestingly there was a suit filed by COSON against MCSN’s registration and the directive allowing it (COSON v. MCSN and 2 Ors., Suit No. FHC/L/CS/1259/2017), however the same was dismissed by the Federal Court of Nigeria on 13/02/2018. The court held that the regulatory body’s discretion to determine if an existing collecting society adequately protected its members rights, and if another society was required to be registered simultaneously, could not have been interfered with. This paper (contents accompanying note 105), discusses this litigation in detail.

Importantly, Nigeria has also looked at a similar issue as to whether a single body can be both- an owner/assignee issuing licenses, as well as a collecting society, answering in the negative.

Therefore, we are not the first to be dealing with such issues, and we ought to take lessons.