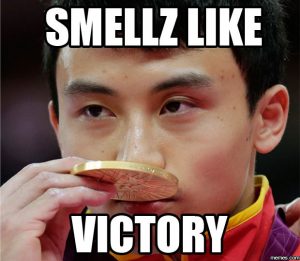 Keeping with what appears to have become a sort of tradition around this time of year, (see here) PPL recently kicked up quite the storm(s) at the High Courts of Madras and Bombay. Right before the courts shut for the festive season, PPL managed to get favourable orders from both the courts – against certain restaurants, pubs, bars and other venues (hereinafter, defendants). The orders were a result of several suits instituted by PPL against the aforementioned defendants, apprehending the illegal use of sound recordings owned by them.

As is custom, due to the institution by PPL of different suits against multiple parties, over essentially the same cause of action, both the courts disposed these off, by way of common orders. We’ll discuss each of the two orders by turn:

The Bombay HC order was delivered by an appellate bench comprising of Justices Dharmadhikari and Dangre. The bench heard an appeal against an order by a single judge, (interestingly) denying PPL the reliefs they’d sought. At the very outset, the bench outlined the case put forward by PPL. In the court’s own words:

“there are certain events which are held in the city on Christmas eve and on New Year…The plaintiff/company before us has since its inception been licensing soundrecordist for nonphysical use which includes public performance in hotels and restaurants and other venues/radio and television broadcasting, communication to the public through internet and the like. The claim is that the plaintiff/appellant’s repertoire consists of approximately seven lakh songs in Hindi, regional languages and English. There is an assignment and based on which the appellant/plaintiff before us approached this Court and their apprehension was that such event holders, some of whom have appeared before the Court, namely, the learned single Judge and before us on private notice and others who are absent but served, would violate the copyright and particularly defeat the rights of the owner, as claimed by the appellant/plaintiff. It is the events which are held on the eve of Christmas and New Year which give rise to this apprehension, according to the plaintiff.”

The court then discussed the single judge’s order, noting that the judge dismissed PPL’s plea for an ad-interim injunction by holding that PPL has no locus to apply for such a remedy, considering PPL is not registered copyright societies as required under section 33 of the Copyright Act. We have written extensively about copyright societies and the import/impact of section 33, and our readers may see here for a quick refresher.

The court went on to disagree with the single judge’s reasoning. The bench entirely agreed with the contentions of the plaintiffs, which are identical to some of the observations we’ve already made previously on the blog (see here, here and here). In the interest of a quick summary, these contentions went something like this:

In view of all of these averments, the bench overruled the single judge’s order and held that PPL does have locus to file the suit and claim an injunction. The bench also granted the injunction in favour of PPL – meaning that the defendants are restrained from playing the songs belonging to PPL’s repertoire, unless they obtain appropriate licenses from PPL.

The Madras HC order also followed a similar line of reasoning. It only differed from the Bombay HC order in terms of the relief granted. Justice Sundar, of the Madras HC ordered each of the defendants to deposit a sum of Rs. 1.25 Lakhs before the 28th of December. Once this deposit was made, the defendants could play all the songs that formed the subject matter of the suit, a list of which songs was annexed as a schedule to the order. This deposit is going to be cleared out in favour of either party – depending on the outcome of the main suit. He directed that in case such a deposit is not made within the time granted, an injunction would follow.

These orders have, once again, sparked one of Indian IP’s most favourite debates; (or should I say dilemmas?) We’ve discussed this at length here at the blog, with many of us attempting our own solutions to this conundrum – readers may see all the links above and here. But the question that continues to plague us, one which I doubt, is leaving us anytime soon, is: what in the world do we do with these collecting societies that just refuse to conform to the standards laid down for them under law?

Some might say that the fault lies with the copyright Act itself – that it leaves so much room for wicked ambiguity. The contentions put forth by PPL before the High Courts of both Madras and Bombay are legally tenable. The Act provides for assignment in favour of anybody. And once that assignment is complete, such assignee is treated as the owner of copyright and can do as he very well pleases. This includes issuing and administering licenses in the works assigned, and also instituting actions for infringement against third parties. The section 55 prohibition (something I’ve previously dealt with over here) does not preclude assignees from instituting actions of infringement. So, is this then just as we feared? The intent of section 33 (and the entire chapter VII, for that matter) stands defeated – organizations that are solely engaged in issuing and administering licenses in copyrighted works, are doing so without having to comply with the provisions of the Act. The very same provisions that were enacted primarily to effectuate accountability, transparency and efficiency among these licensing bodies.

Last year, round about this time, Balu reported on similar suits instituted by/against PPL. As our readers will recall, some of those suits resulted in increased accountability and accessibility – PPL’s website now provides access to all the assignment deeds executed between PPL and its members, and a repertoire of all the songs that PPL has rights in. Adding to that, (although unrelated) IPRS also recently got re-registered as a copyright society – keeping it, (hopefully) well within limits of the Copyright Act.

Assuming that the end goal is always accountability and transparency – should we allow for any and all organizations – even those that do not comply with the section 33/Chapter VII obligations, but follow standards of accountability and transparency – to continue to function as copyright societies? Or is it a cause for concern that this accountability only seems to come about as an afterthought – as a result of judicial mandate? Should we then, take to our law itself, and weed out the possibility of such (statutorily) unregulated organizations ever being functional, at all?

Here’s hoping we find answers to these questions sooner rather than later. For now, I wish our readers a very happy New Year!