We’re pleased to bring you a guest post by Lokesh Vyas thinking through the implications of ‘authoritative’ bodies engaging in plagiarism or lifting of content, as he looks at the recent allegations of plagiarism against the University Grants Commission. Lokesh is an LLM Candidate (IP and Technology) at American University Washington College of Law (AUWCL), Arcadia Fellow at PIJIP, and Arodhum Scholar, 2021. He graduated from the Institute of Law Nirma University, Ahmedabad in 2021. You can find his earlier posts for us here.

A (More!) Problematic Plagiarism: Thinking About The Allegations Against UGC 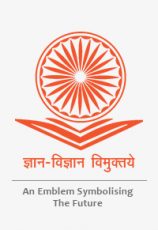 ‘Plagiarism’, is an oft-castigated (even if not always, see Brian Frye’s works here and here) buzzword in the copyright bazaar, especially in academia, wherein ‘original(ity)’ is an amply-emphasized expectation. However, the news or allegations of plagiarism by authorities such as academicians, Judge(s)/Court(s) (here, here and here), historian(s) (here and here), Governments bodies (here), or ministry(ies) is (appalling but) not astonishing anymore. And as Thomas J. Vallianeth wrote, “From the films we watch to the music we listen to, from the books we read to sometimes even the academic articles we study – plagiarism is fairly rampant.” But does it become more problematic when it is being done by (some)body designed to police it?

In India, the University Grant Commission (“UGC”) is established for “the coordination, determination, and maintenance of standards of teaching, examination, and research in university education.”. In the context of plagiarism, UGC has publicly problematized both ‘regular’ plagiarism (through its 2018 Regulations for the ‘Promotion of Academic Integrity and Prevention of Plagiarism in Higher Educational Institutions’) as well as ‘self-plagiarism’ (through a public Notice in 2020). Thus, the allegation that “UGC copied draft …” raises a serious question not only about its moral authority but also about what the UGC aims and claims to do with respect to academic practices. This post will explore that question a little bit. It will argue that, given the direct impact of UGC on the education system which has (in)direct impact on knowledge production, the issue can have deeper implications that might not be envisaged instantly. While the current allegations will be used to explore these implications, the broader point is one to consider whenever any authoritative body partakes in this type of activity.

Allegations in brief – The Democratic Teachers’ Front (DTF), a teachers’ body of Delhi University, alleged that the UGC has plagiarized several portions of its Four Year Under-graduate Programme (FYUGP) draft from the websites of the College of Literature, Science and the Arts, University of Michigan, and the University of Arizona. ​​The draft provides guidelines to adopt the new four-year undergraduate program which the DTF has criticized earlier calling it to be “‘Diluted’ degrees, learning loss, worse job prospects”. Click to view DTF’s letter titled “Feedback on the UGC Draft Curriculum Framework and Credit System for the Four-Year Undergraduate Programme” (found on the 4th of April’s (2022) Facebook post of the DTF secretary, Abha Dev Habib) which also includes the alleged plagiarized paras.

Prima facie, it raises three points for discussion: 1.) liability, if any, under copyright law, 2.) liability, if any, under any other law or regulation. (​​UGC’s prescribed penalties for plagiarism (such as resubmission of a revised script, definite debarring from submitting the revised script, cancellation of the program) won’t have any applicability on itself) 3.) the credibility of UGC’s draft curriculum and the potential implications of non-contextual copying. As, if the UGC draft is plagiarized, the question arises as to the extent of serious thought or application of mind put into creating it keeping any required context and any specific educational needs/goals in mind. The present post is limited to the third issue discussing the importance of contextualizing syllabi or policy drafts, especially those with education-related goals.

Copying may not be problematic per se, especially if the copier has carefully considered the context and given attribution, e.g. recommended readings from a foreign university for a particular course can be the same/relevant for a similar course offered in India. However, whether those courses have the same objectives, and/or methodologies, and whether the students derive the same benefit from those readings, demand a deeper inquiry. If we don’t consider those questions in the present case, each plagiarized para (of the UGC Draft) can be seen as benign copying and one could assume that they squarely fit within the general teaching goals of a subject. But it is important to ask whether the copied course content has the same relevance in the Indian scenario and for the Indian audience. Notably, the broader goals/framework of teaching course(s) can (often) be similar i.e. – acquainting the students with the subject and preparing them for (inter)national markets. However, these goals must of course be nuanced as per the specific educational needs. Certainly, such contextual calibration is more important for the social science courses, however, it cannot be completely overlooked for the STEM Courses.

Unfortunately, looking at the content, it appears to this author that the UGC may  have gone forward without this much-needed contextual calibration of content. For example, the UGC draft seems to have synonymized LSA’s “Mathematical and Symbolic Analysis” course with its “Mathematical and Computational Thinking and Analysis” course, without expounding (or ignoring?) whether they are the same subjects with the same modules and methodologies in the US and India. After asking a few mathematically inclined persons, it seems the general consensus is that it may or may not be covering the same areas, one would need to examine the syllabus to know for sure. Giving the benefit of the doubt, one could perhaps assume that though differently named, the course is meant to be similar/overlapping in content. However, this type of question or need to assume, shouldn’t even arise, ideally.

Similarly, on page 27, UGC lifted a part from the University of Arizona’s (“UoA”) “Lower-division courses” in its “Foundation or introductory courses” with a few minor modifications. However, it’s relevant to note that while UoA divides its courses into two levels (lower-division, higher-division), UGC spreads courses into seven categories (Pre-requisite courses, Foundation or introductory courses, Intermediate-level courses, Higher-level courses, Advanced courses, Courses of Master level programs (levels 1 and 2), and Courses limited to doctoral students).  What is foundational in the University of Arizona’s lower course is specifically in the context of its higher- course. This may not be true for UGC’s foundation course(s) which has at least five higher courses. Once again, the requirement for assuming the benefit of the doubt comes into the picture.

Another such example: As per the UGC draft, “the Four Year Under-Graduate Program seeks to equip students with the capacities in fields across the arts, humanities, languages, natural sciences, social sciences; an ethic of social engagement; soft skills such as complex problem solving, critical thinking, creative thinking, communication skills, along with rigorous specialisation in a chosen disciplinary or interdisciplinary major and minor(s)” (Section 5.0 of the UGC Draft). However, the plagiarized paras which are mostly from the LSA website focus only on a subset of these, that is Natural Sciences, Social Sciences, Humanities, Mathematics and Symbolic Analysis, and Creative Expression. Has the UGC covered these remaining areas of focus (in bold, above) separately?.

The diverse priorities and problems of the students and teachers of both the countries especially, with respect to economic conditions and employment opportunities pose an even bigger reason for careful contextualization. A simple example (as highlighted by DTF too) can be the requirement of extra funds, space, teachers, and other resources during the research-focused fourth year of the proposed flexible four-year undergraduate program. If not considered carefully, this can be a big barrier to its implementation in India but the same may not be true for US universities. Thus, any unmindful copying can even become problematic for achieving the country’s educational policy goals (also see the problems of understanding the credit score system).

Appositely, the intention of this post is not to suggest that the above is some sort of irrefutable proof of UGC’s unmindful copying or to trivialize the multifaceted nature of issues of ‘education’ and ‘funding’ it may have considered them (hopefully), though without attribution. However, the bigger issue and my focus are that these kinds of questions should be kept in mind and brought to the fore, whenever an entity that holds any authoritative power, is alleged to have committed such copying.

As highlighted in the first part of the post, copying is not new and the UGC is not the first authority to have been alleged to have done this. Unfortunately, as Gautam Bhatia pointed out even the Supreme Court in cases such as Gobind v Madhya Pradesh (where the copied part was taken in a privacy context which was originally in the context of obscenity) and Kartar Singh v State of Punjab (where the Court just replaced “due process” with “legal jurisprudence” and a few other minor changes) has been lifted from American Supreme Court decisions.

Given the implications and spillovers that can stem from acontextual copying, be it educational frameworks, policy drafts, legal precedent, or influential scholarship or texts, it becomes important to recognise not only the inherent problems of plagiarism in such instances, but also the external effects that can arise from these situations.

I would like to thank Swaraj Barooah for his input and suggestions on this topic.