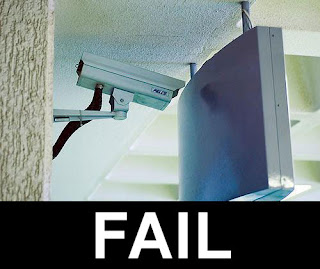 As most of our readers may already know, the constitutionality of the IPAB has been challenged on the grounds that it violates the ‘separation of powers’ between the Executive and the Judiciary. We had filed RTIs to gain an insight into the actual working of the Board and in the process we seem to have discovered major mind-boggling irregularities in the appointment process itself wherein the Department of Industrial Policy and Promotion (DIPP) have disregarded mandatory government procedures. These irregularities pertain to the appointments of Syed Obaidur Rahaman. The officers responsible for these appointments have most probably retired.
Image from here.
(i) Syed Obaidur Rahaman, Technical Member of the IPAB (recently retired): When the Madras High Court admitted the PIL challenging the constitutionality of the IPAB, we had carried a post on how an RTI by one Mr. Kalra had revealed that Syed Obaidur Rahaman had claimed to have appeared in English cases dating back to the 19th Century! The ToI has carried a story on this. Well now we have a copy of his original application which confirms our initial suspicion (available over here). As per the application form for the post of Technical Member, IPAB all applicants are required to cite the judgments in which they have appeared because the Trade Marks Act, 1999 required the appointment of either former Trade Mark Registrars or advocates with extensive experience in Trade Mark Law. (A copy of the Application form is available over here). In his application form Mr. Rahaman has claimed to have appeared in Lever v. Goodwin, an English case dating back to 1887. As per his application form his date of birth is the 18th of January, 1959. How could he even claim to appear in an English case in 1887? Of the remaining 13 cases he cites in his favour, at least 12 cases were decided even before he joined the Bar in 1986. The one case that was decided in 1987 does not have his name on it.

The file after being approved by the Minister for Commerce & Industry was sent to the Appointment Committee of the Cabinet (ACC) for approval. The ACC approved Mr. Rahaman’s name with instructions that an appointment letter be issued once an antecedent verification certificate has been issued by the West Bengal Police. This approval from the cabinet was given only in December, 2005 i.e. more than a year after Rahaman’s application and not a single person in the Central Government bothered to ask him to prove his damn qualifications!

In the meanwhile after several failed attempts to get the West Bengal Government to verify Mr. Rahaman’s antecedents, the DIPP wrote directly to Mr. Rahaman on the 16th of January, 2005, requesting him for attested copies of his birth certificate, Bar Council enrolment certificate and certified copies of the judgments cited by him in his application. On the 30th of January, 2006 the DIPP made a file noting (p.69 of this file) stating that it had received communication from Mr. Rahaman that he had already furnished all the documents and would do so again if required and requested that joining letter be issued immediately. The file noting then realizes that the DIPP had a photocopy of the educational qualification and Bar Council registration. There is no mention of the cases as of yet. The file noting ends with the mention that appointment order may be issued subject to an endorsement that the appointment was contingent on the production of original certificates in support of his educational qualifications and mark-sheets. On the basis of this an appointment order was issued on 6th February, 2006 on behalf of the President appointing Mr. Rahaman to the IPAB as Technical Member of the IPAB. A subsequent file noting on the 10th of February, 2006 notes that Mr. Rahaman has submitted copies of the required documents but that they were not attested. The noting fails to mention that Rahaman has not supplied copies of any of the cases in which he claimed to have appeared.

So basically Mr. Rahaman was appointed without any verification of his claimed experience in trademark law.

(ii) Did the DIPP knowingly turn a blind-eye to the issue of Mr. Rahaman’s appointments?

A file-noting (p. 90) on the 24th of December, 2009 noted that a RTI application from Mr. Pushpinder Pal Singh Kalra had sought the qualifications of Mr. Rahaman. The officer writing the note mentions that the DIPP does not have any of the documents pertaining to the cases in which Mr. Rahaman has claimed to have appeared. All attempts to trace such documents failed. Mr. Rahaman had an entire year at the IPAB after this noting and yet the DIPP did not take any corrective steps.

How did the system fail so badly? Will anybody be held accountable for this?

In my opinion all judgments delivered by Syed Obaidur Rahaman need to be re-examined once again.