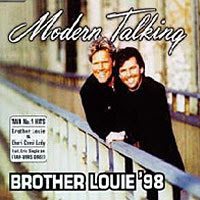 We’re pleased to present yet another guest post from Tania Sarcar, a student of NUJS. Tania had earlier written this post regarding the controversy surrounding the hit song – ‘Character Dheela’.
Plagarism, creativity & copyright infringement
by
Tania Sarcar

‘Bappi Da’, as Bappi Lahiri, is known as has time and again over the years been accused of various plagiarism cases. Here http://www.itwofs.com/hindi-bl.html we have a list of some of the compositions by Bappi Lahiri which has been said to be inspired from other English songs.

Bappi Lahiri, in 2002 had sued American Producers and hip-hop singer and music impresario Dr Dre for plagiarizing in his song Addictive by Truth Hurts from Bappi Lahiri’s Kaliyon ka chaman jab banta hai from the film Jyoti. It’s a pity that while suing these musicians, Bappi Da seems to have forgotten that he himself in his career has never followed the principles he tried to put forth in this case as.

Apart from the present controversy there are hundreds of songs in the Hindi film Industry which draw heavy inspiration from other music around the world. Almost everyday there are reports of one composer accusing the other of plagiarizing from his music. Most of the times, the tunes are inspired or almost lifted, note by note, from old English music. While some composers acknowledge this fact, like Shaan’s feat of Blue’s One Love in the film Rakht, some pass it off as their own and when confronted, have arguments ready in their defense.

Some of the defenses presented by these artists maybe viewed as legitimate by some. The most popular defenses are ‘sampling’ and ‘cultural appropriation’.

‘Sampling’ involves ‘taking a portion of one sound recording and reusing it as an instrument or element of a new recording.’ This seems to have been followed in a lot of songs in the recent past. This introduction of sampling has lead to many court cases as it involves violation of copyright laws.

A similar concept is “cultural appropriation” which involves the use of borrowed elements which includes aspects or techniques in the creation of a new piece, and can be considered an example of cultural appropriation which again is the adoption of some specific elements of one culture by a different cultural group. An array of cultural influences is making its way into the mainstream of music. World music has multiplied over the years. Music composer Denis Gougeon says “influences are everywhere. It’s not a new fact, just the way it’s been since the world began.” Another composer Walter Boudreau thinks along the same lines. To him-“We’re all impure. Everybody’s a mixed bag. Everything is in constant transformation.”

Thus, borrowing music or composing music which is influenced by some cultural group is not always plagiarism. However, if one lifts every note and beat of someone’s composition and uses the same in his work just with say different lyrics without acknowledging the original composer, then it is plagiarism amounting to an infringement of copyright.

In the case of this song from Dance Dance, one with an ear for music will clearly understand that the song is a direct lift of music from the Brother Louis number and can’t be said to be just influenced from it.

Not only Anu Malik, Pritam, Bappi Lahiri but all through the history of Bollywood several music composers which include Anand Milind, Anand Raaj Anand, Jatin Lalit, Nadeem Shravan, Rajesh Roshan, Sandeep Chowta, Sanjeev Darshan, Shankar Jaikishen have composed music which has been substantially inspired from music of other English composers. Even historic music composers like RD Burman, Salil Chaudhry, SD Burman, Kalyanji Anandji, Laxmikant Pyarelal, OP Nayyar who have been a shining example to the musicians of the world and who the whole world looks up to have at sometime in their career composed music which bear a substantial similarity to world music. In those times the world was not so technologically advanced and people had not heard English music so much as to derive the similarity between these English songs and the Hindi music that they liked so much.

Originality has become very scarce in the industry now. Every new music composition seems to be inspired from somewhere. So much so that certain allegations of copyright infringement may actually be legitimate cultural practice.