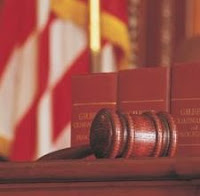 Patent law litigation is comparatively new in the High Courts and the Supreme Court of India.  When hearing patent law disputes, Judges mostly follow the usual steps for grant or denial of an injunction.  This approach of applying the usual standards for grant/denial of an injunction in patent law cases is fraught with danger.  It is dangerous because patent litigation even though a part of regular litigation, is different from other Order (O) XXXIX litigation relating to injunctions.
This post proposes that barring an exceptionally few cases (discussed below), NO injunction-leave alone ex parte injunctions, should be issued in a patent litigation case without first conducting a claim construction type hearing.  One exception is discussed in detail while the other(s) are left for a later post.
The exception(s) first:  1. Products that rely upon a standard infringe the patents encompassing the standard;    2.  Where infringement has been proven elsewhere (other Courts including courts elsewhere), injunction is appropriate.
The first exception relates to standard creating bodies and products that conform to the standard.  The standard here is not that of a quality benchmark (CE or ISI) but that of interoperability.  Examples of such interoperability standards include those of IEEE 802.11 (versions a,b,g and the most recent n) or more commonly known as WiFi.  The US CAFC while deciding on a matter concerning interoperability and standards in Fujitsu v. Netgear held:
[A] district court may rely on an industry standard in analyzing infringement.  If a district court construes the claims and finds that the reach of the claims includes any device that practices a standard, then this can be sufficient for a finding of infringement. We agree that claims should be compared to the accused product to determine infringement.  However, if an accused product operates in accordance with a standard, then comparing the claims to that standard is the same as comparing the claims to the accused product….An accused infringer is free to either prove that the claims do not cover all implementations of the standard or to prove that it does not practice the standard.  Emphasis added.
In the Fujitsu case, Philips, the patent holder, contended that any product that complied with certain sections of the IEEE 802.11 standard infringed the asserted claims, and that by complying with the standard Netgear indirectly infringed the patent (perhaps by offering it for sale/selling the product).
Similarly, by applying the context of this case to the Indian procedural system, there can be no doubt that an injunction should issue in similar circumstances because there is no doubt as to the infringement of a valid patent.  Note the use of the words, “valid patent.”  Critics may argue that under our patent system, unlike the US, there is no presumption of validity.  However, given the fact that a standard based product takes about 5-6 years from patent disclosure to the time to market , is enough to state that the patent is not recent and has had sufficient opportunity to withstand rigorous examination and pre or post-grant  oppositions.
In all other cases, claim construction and validity analysis should be the norm rather than grant of an injunction.
Consider the TenXC patent litigation currently underway at the DHC.  A single judge had initially granted an ex-parte injunction (in 2010) to the patentee.  The defendants after approaching the Supreme Court and getting directions for expeditious disposal are still arguing the matter at the DHC.  Amongst other defenses, the defendants base their defense on the grounds that: the patent is very recent; that there is a serious question regarding the validity of the patent because of the unfavorable reports from the USPTO, the EPO and the preliminary IPRP; and improper examination and grant at our IPO.
The defendants cited the case of Niki Tasha India Pvt. Ltd. vs Faridabad Gas Gadgets Pvt. Ltd. which cited the principles governing the grant of injunction in patent litigation.   In Niki Tasha, the Court was satisfied that there is a “serious question to be tried”.  Then the Court looked at the balance of convenience and held:
“[T]o grant an injunction will be to cut off for good the road to commercial success of a business competitor. In the event of the plaintiffs success damages will be an adequate remedy.  And the defendants’ financial position to pay damages has not been questioned before us. They are prepared to give an undertaking. The balance of convenience lies in favor of refusing the interlocutory relief that is sought.”
On the recent design in this case the plaintiffs cannot be granted an injunction when there is a serious question to be tried in the suit. If there is any real dispute on the questions as to infringement or validity of the registered design the court will, as a general rule, refuse an interim injunction. Damages will afford a sufficient remedy. The defendants are prepared to give an undertaking as to damages.
It is expected that the remaining arguments of the defense would be in line of the above mentioned grounds.  The patentee, when their turn comes, may argue that even though the initial report was unfavorable, a subsequent report on patentability (PCT) was in their favour and hence the second officer considered the initial unfavorable report; the Indian patent office did examine the patent application properly because the Examiner agreed with the second report on patentability.
In an earlier post, I had  discussed that the patent at issue in the TenXC patent litigation case is not an essential patent – and it is not part of an industry standard.  Therefore, in my opinion the DHC should not have granted an (ex-parte) injunction at all and the case should have proceeded for a complete trial.