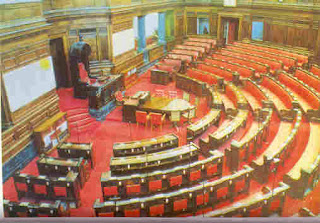 The Rajya Sabha is scheduled to take up the Copyright Amendment Bill, 2010 on the 28th of August, 2010 i.e. tomorrow for a debate followed by a vote. The ‘List of Business’ available on the website of the Rajya Sabha states that the Government is seeking a debate and voting on 4 Bills tomorrow. The Copyright Amendment Bill, 2010 is third on the list and if the House is not adjourned tomorrow, it should sail through the voting process. The BJP, which is the principal opposition party has already supported the Bill. For those of your interested in following the debate you can watch it online on the Rajya Sabha website over here. It should come up for voting by around 12:00 PM.

It has been almost 10 months since the Standing Committee submitted its report, which we blogged about over here. This report had recommended a range of amendments to the existing Bill. According to the ET the Cabinet has approved the recommendations of the Standing Committee which would mean that the Bill has been amended further. Unfortunately we do not have access to the amended version of the Bill.