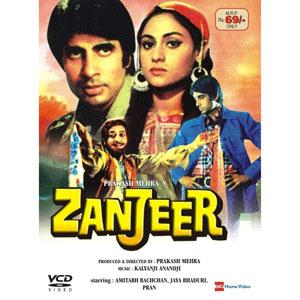 I’ve recently had a chance to glance through the recruitment and promotion rules for the staff at the Patent Office. A copy of these rules which were procured from the DIPP under the RTI Act, are available for download over here.
The Rules prescribe the minimum qualifications for each category of officers in terms of educational qualifications, age and years of service in order to qualify for promotion. The first set of Rules, pertaining to the staff at the Patent Office, is known as the ‘Controller-General of Patents, Designs and Trade Marks Group ‘A’ Recruitment Rules, 2007. These rules create the following four classes of officers in the Patent Office: Joint Controller (2), Deputy Controller (7), Asst. Controller (33) and Examiner (156).
The above figures are neither accurate nor absolute. The sanctioned strength may be varied by the DIPP keeping in mind the workload. As we know the sanctioned number of examiners is now close to 337 posts. An earlier RTI, available over here, gives a more accurate picture on the latest figures at the Patent Office. I’m not quite sure as to why the rules have not been updated.
As is obvious from above, the hierarchy at the Patent Office is steeply pyramidal and it is unlikely that a career in the patent office offers much room for growth. Imagine spending an entire career in the patent office and being given the possibility of just 3 promotions. In all likelihood 90% of patent examiners will get only 1 promotion since the sanctioned strength of the top two categories of posts is less than 10. Clearly there is little motivation for the examiners at the patent office to increase their efficiency. If the situation was bad so far, it is only poised to get worse in the future when the 200 new patent examiners finish their training and join the patent office. What kind of career growth is the Patent Office going to grant these new examiners? The current policy, as per these rules, is destined to increase complacency among the patent office staff and also promote attrition of the best examiners and controllers who have been denied promotions. It is likely that the most ambitious and competent of patent examiners will be poached by the private sector.
The state of promotions at the Patent Office: Promotions at the Patent Office are decided by departmental promotional committees. For instance a departmental promotion committee evaluating promotions for ‘examiners’ to the post of ‘Asst. Controller of Patents & Designs’ consists of the following officers: Joint Secretary (Administration) DIPP, Controller-General of Patents, Trademarks & Designs, Senior Joint Controller of Patents and Designs and lastly the Joint Secretary (Adm) Department of Commerce. A similar committee considers promotions from the post of ‘Asst. Controller’ to ‘Deputy-Controller’.
In response to my RTI Application, the DIPP has informed me that the Department Promotion Committee have met eight times in the last five years and have approved a total of 68 promotions in this period. Unfortunately I forgot to ask for a break-up of the year-wise, post-wise details but the numbers speak for themselves. It would appear that a large number of existing examiners are yet to get any promotion despite being eligible for promotion to the post of ‘Asst. Controller’ after being an ‘examiner’ for 5 years. Has this happened because of lethargy at the level of the DIPP or because of the lack of talent amongst patent examiners? I have no answers.