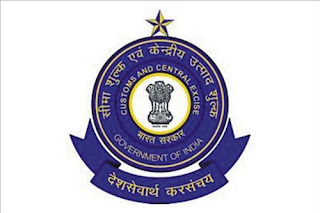 In a circular dated 8th May, 2012 (available over here) the Central Board of Customs & Excise (CBEC) has instructed all of its officers that the IPR (Imported Goods) Enforcement Rules, 2007 will not apply to ‘parallel imports’ under the Patents Act, 1970 and the Trademarks Act, 1999. The circular states that this interpretation of the law is based on the views of the DIPP, which is the nodal government agency for the implementation of the patents and trademarks legislation. In pertinent part the Circular states the following:
In this regard, the Department of Industrial Policy and Promotion which is nodal authority for all matters relating to (i) Trade Marks Act, 1999 (ii) Patents Act, 1970 and (iii) Designs Act, 2000 has, interalia, stated that:
(i) Section 107A (b) of the Patents Act, 1970 provides that importation of patented products by any person from a person who is duly authorised under the law to produce and sell or distribute the product shall not be considered as an infringement of patent rights. Hence, in so far as Patents are concerned, Section 107A (b) provides for parallel imports.
(ii) Section 30(3)(b) of the Trade Marks Act, 1999 provides that where the goods bearing a registered Trade Mark are lawfully acquired, further sale or other dealing in such goods by purchaser or by a person claiming to represent him is not considered an infringement by reason only of the goods having been put on the market under the registered Trade Mark by the proprietor or with his consent. However, such goods should not have been materially altered or impaired after they were put in the market.
With regard to ‘parallel imports’ under the Copyright Act, 1957 the CBEC is still awaiting a clarification from the Registrar of Copyrights.
The circular defines parallel imports as import of original/genuine products (not counterfeit or pirated) which are sold/ acquired legally abroad and imported into the country, by persons other than the intellectual property right holder without permission/authorisation of the IPR.
The Circular explains that such a clarification was necessary since it had received several queries from its field units regarding the applicability of the IPR (Imported Goods) Enforcement Rules, 2007 to parallel imports. These rules are notified under the Customs Act, 1962 and seek to implement various IP legislations at the different ports of entry.
Over the last year there have been several cases filed before customs authorities and the High Courts by Dell, Samsung, Ericson, L.G. and a host of other multinational companies, mostly under the Trade Marks Act, 1999 aimed at stopping imports of their own genuine products by third parties resellers from different countries where the products are sold at lower prices.
In a recent judgment of the Delhi High Court, in a case filed by Samsung, the Delhi High Court had interpreted Section 30(3) of the Trade Marks Act, 1999 to rule that the Indian legislation did not allow for parallel imports. We had a guest post on that decision over here. When Dell tried to use this judgment to halt the parallel imports of some of its products into the country, the Customs officer refused to allow Dell’s plea on the grounds that the Samsung judgment by the Single Judge of the Delhi High Court had been stayed by a larger bench of the same High Court. We blogged about the Dell case over here.
All eyes will now be focussed on the Registrar of Copyrights and his interpretation of Section 2(m) of the Copyright Act, 1957. Although there is a Delhi High Court judgment on the point, there have been differing views on the Delhi High Court’s interpretation of the law. Pranesh Prakash of CIS has written an interesting piece on the various interpretations of Section 2(m), which can be accessed over here.