The Copyright (Amendment) Act, 2012 was officially notified, as coming into force as the law of the land, by the Central Government on 21 June, 2012. The Gazette notification is available on the website of the Copyright Office available over here.
The Act received the assent of the President on 8 June, 2012 after both Houses of Parliament passed the law in the budget session of Parliament. However even after the President signs the law, it needs to be officially notified as the law of the land, unless Parliament inserts a self executing clause as was done in the case of the Right To Information Act, 2005 which automatically came into force within 120 days of being passed by Parliament. 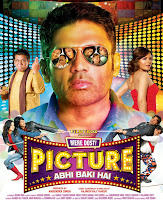 It has been a long journey since the Bill was first introduced in Parliament almost 2 years ago. While 2 years may seem a long time for most of us, it is lightening speed for an Indian legislative effort. It is the rare instance in which a bill as contentious as the Copyright (Amendment) Act, 2012 has been navigated through the system in such short a time.
While we close the door on one of the most exciting chapters of Indian copyright law, I assure you that the real battle will begin now. Authors and Composers will now have to assert their hard won rights and stand up to the music companies who are bound to attack the law as unconstitutional. So in the words of he whose name I cannot remember “Picture abhi baki hai dost……..”