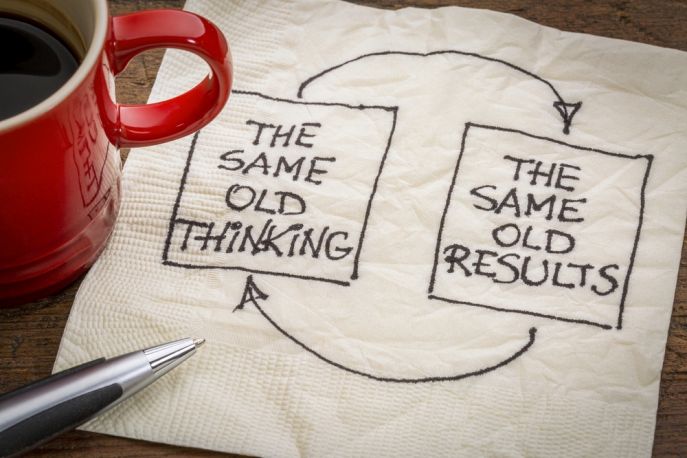 In a recent post, I reflected on the disingenuous US Chamber of Commerce rankings designed to coerce India into picking up TRIPS plus IP standards that suit US industrial interests! I exhorted that India should use this opportunity to break the obsolete IP paradigm and refuse to play ball on the patent numbers game!

Some months ago, I had the opportunity to reflect more on this “Break in India” theme for a special issue of the Seminar. For those interested, the piece is available for free on this link here.

This special issue of the Seminar was put together by the wonderful Ananth Padmanabhan and his team at Carnegie India. Comprises a great collection of thought provoking reads on law and technology in India.

I’ve taken the liberty of excerpting some portions from the “Break in India” piece below:

“[All of this]….reflects our tireless tendency to put all eggs into the IP basket, without appreciating that a number of non-IP factors account more for innovation (or the lack of it). Look at our schools and colleges: engineered to kill the best of creativity in our kids. By demanding that they carry heaps of books on their backs and proudly parrot what the teacher teaches them. I run a programme for access to legal education called IDIA (Increasing Diversity by Increasing Access to Legal Education) and we have a student in class 11. While tutoring him in history, I chanced upon a section in his book titled the Dark Ages, one that neatly summarized the discussion into five points (presumably to earn five marks, one mark for each point).

The first point stated (and I kid you not): the ‘dark’ ages were dark. It then went on to state that there was no real science or advancement of knowledge or the arts during this time when compared with the earlier Greco-Roman era. I was horrified. I exposed him to the fact that the ‘dark ages’ were a misleading myth (much like the assumed virtues of intellectual property perhaps). During this alleged period of darkness, a great ‘innovative’ light shone in areas such as China, India and the Arab-Islamic world, parts of the world that were unfortunately ignored by Greco-Roman historians.

He was enthused and intellectually excited. A couple of months later, he sat for his exams and then got his results. Not surprisingly, his answer on the dark ages earned him one of the lowest marks in class. For he had critiqued the standard theory and written an answer well beyond the competence of his teacher. A fate that had befallen me two decades earlier when I studied the law of contracts in law school: a subject that I absolutely loved and dwelt upon in detail after myriad readings from our library. When I queried the teacher on why he had marked me low despite what I thought to be critically reflective answers, he answered with a perfunctory: but why did you take all this trouble? You should have simply written what I’d said in class.

As long as we have an educational ecosystem that reifies rote learning in this manner, there is not much that the law can do. For the best of legal norms to incentivize innovation will come to naught.

But worse than the Indian teacher is the Indian parent. Forever exhorting their children to cram CVs with more marks to help them land a secure job and perhaps, a secure wife. Entrepreneurship and risk taking are swear words in their lexicon.

How do we change these cultural constructs? Maximize our innate advantages as a country? Such as our wonderful diversity: both at the biological level (the most diverse gene pool in the world) and the environmental as well (what with the flourishing of so many religions, castes, communities, cultures, languages etc.). A powerful potpourri of sorts that the best of innovation gurus say is sure to trigger crazy creativity. And yet we engage in group think, with the best of our institutions producing risk averse toppers and their comfortably numb followers.

Thanks to our constitutional jurisprudence, we have learnt to tolerate diversity. But mere tolerance for this virtue is not good enough: for the creative spirit to flourish, we have to embrace it in its entirety.

Or take our ability to handle chaos and uncertainty, more than amply evidenced on Indian roads, where we navigate tortuous traffic with ease. Yet another powerful ingredient for creativity. But, even as we deftly deal with the risk of the roads, we long for certainty in other aspects of our lives.

Or consider our sublime spiritual tradition. Mihaly Csikszentmihalyi, a psychologist of some repute, came up with the ‘Flow’ theory. Through a series of close studies and interviews, he found that a number of artists and scientists created best in a state of flow: often forgetting themselves and the world around them and becoming one with the object of their creation. A Zen like state, one might say, except that Zen drew from and was predated by dhyan, an Indian concept connoting a deeply meditative mindset. Something we had forgotten about till the West began peddling these Yoga packages back to us, Mcburger style. If only we had dipped into this rich ancient reservoir with vigour and married the old with the new, it would have made for a furious unleashing of creativity.

In the end, we need to ask: can India rescript the IP narrative? Or will it throw away this wonderful opportunity? ….one can only hope that we ‘break’ more than we ‘make’. For hope is all we have left.”