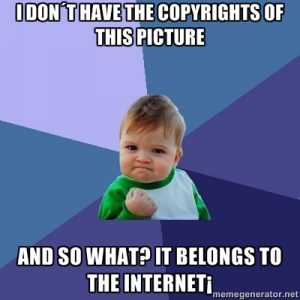 The Anti-Piracy Cell (‘APC’) of the Kerala police, often in the news in the past for its strong anti-piracy enforcement drives, is again in the limelight for the arrest of two of mobile phone traders and seizure of pirated copies of copyrighted Malayalam movies. The incident does not seem to be a one-off event and the police have reportedly decided to carry similar drives all across the state. The APC seems to have been on their toes throughout the end of last year also with the crackdown on an international network as well as the arrest of five men who allegedly sold  pirated copies of a new hit release of film star Mohanlal. This news assumes further significance in light of the rather notorious history that the APC has had in combating piracy. In one of such instances, it even went to the extent of registering cases against those who had merely streamed the illegal copies of movies! We had also covered the problems surrounding the preventive detention provisions and the overly broad definition given to ‘copyright pirate’ under the Kerala Anti-Social Activities Prevention Act, 2007. Further, in 2015, we had brought out a post in relation to the arrest of two teenagers from the state who had uploaded a pirated movie.

Given the unwavering efforts of the Kerala APC to nab copyright pirates, it would be interesting to analyse how much of these have resulted in actual convictions. A quick search tells me that there have been hardly any convictions, if at all any. Most of the decisions reported from the Kerala High Court relating to copyright offences are either quash petitions under Section 482 CrPC or bail applications (for an overview of these matters, see here; for a Section wise breakdown- see, here and here) . Then again, this could be due to the fact that most of the matters from the recent past are still at the trial stage (as per S.70 of the Copyright Act, 1957, a court not lower than the Metropolitan Magistrate or the Judicial Magistrate of the first class shall have the power to try any of the offences under the Act) and have not yet gone on appeal. Either way, we will have to wait longer to see how many of these massive drives in fact result in conviction.

As to the larger question of criminalisation of copyright infringement, which was beautifully captured by Balaji in a two part post (see, here and here), I must admit that I am still on the fence. Reducing it to a mere question of accessibility would be to lose sight of the multiple factors at play. Similarly, completely brushing aside the role of law enforcement authorities to bring down piracy would also be far from desirable. In one of my earlier posts, I had talked about how piracy may affect different movie industries differently. For a movie industry like the Malayalam, which can easily stake claim to be one of the best in India, despite operating within a relatively small audience base and profit margins, any erosion in profits could be hard to absorb unlike many of the larger industries.

On the other hand, putting in place excessive measures to curb piracy, both in terms of legislation and its enforcement, would be to lose sight of the fact that piracy is a “crime”, which each one of us has in some form or the other taken part in at some point of time. Thus, a sense of proportionality combined with the awareness that a long term solution to piracy may lie elsewhere than in the traditional forms of enforcement measures would hold the authorities in good stead. Thus, it would be prudent to exercise caution before carrying out the above proposed drives, which might only touch upon the surface of the problem and yield very little results.

P.S. While we are on the topic, here is a report on one of the most hilarious/ twisted (depending on the way you see it) climaxes in the chequered history of Kerala APC.