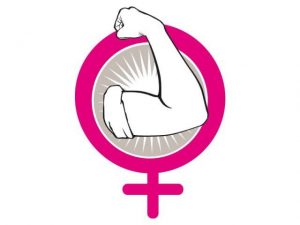 On the occasion of International Women’s Day, we are pleased to bring to you a guest post on gender and IP by our Fellowship applicant, Afreen Hashmi. This is her first submission for the Fellowship. Our earlier posts on this theme can be viewed here and here.

Where are the Women in IPR? Still a Long Way to Go

James Watt invented steam engines, Alexander Graham Bell invented the telephone, the Wright Brothers invented aeroplane; whereas Thomas Edison is attributed with the invention of electric light bulb to the phonograph to the motion picture camera (he filed more than 1000 patents for his inventions). We all know these scientists who have made our lives better and easier. But if I ask you to name a female inventor, most of us will take a lot of time to name even one. Some of us may even think that we don’t have any female inventors; but that my friend, is completely untrue!

We have Margaret E. Knight who was most well-known for a machine she built which folded and glued paper to create a flat-bottomed paper bag. The product was popular — so popular, in fact, that a man stole the idea to patent himself. When Knight took him to court for patent infringement, he argued that a woman “could not possibly understand the mechanical complexities.” Knight won her case by providing proof that she had designed the machine, earning herself the right to patent her machine. There are many other women inventors whose contribution to the human race is of tremendous importance but it is hardly recognised.

According to an analysis by Institute for Women’s Policy Research only 8% patents have women as primary inventors; at this rate, it is expected that women will be equal to their male counterparts only in the year 2092. Phewwww….. that’s too far!! So, the question that arises is; where are we going wrong? Do we require only policies that encourage women to research, give them monetary support; which will as a result increase inventions by women or; do we need laws which makes it easier for women to protect their intellectual property and claim their rights in cases of infringement or; do we need both?

In order to close the gender gap, young girls should be the target by placing influential female role models before them, to whom they can look upto and emulate. The textbooks should not highlight only the achievements of male inventors, which passively inculcates a tendency where it becomes difficult for girls to see themselves as inventors.

The problem is not only limited to patents, women do not get their due share in other fields of IPRs, like copyright, traditional knowledge, geographic indication etc.

Madhubani paintings are famous all over the world. These paintings are made by women in Madhubani district of Bihar. The painting is done with fingers and depicts stories from epics of Ramayan and Mahabharat. These paintings have been granted Geographical Indication (GI) mark; but still the market is flooded with counterfeit Madhubani paintings. GI has been a big failure in India; except for Darjeeling Tea, because these women lack financial resources and they don’t have any proper representation. They don’t have the money to file cases against infringement of their GI; sometimes they are not even aware of such counterfeit practices. By just giving a GI, the work is not over. The authorities should ensure that interest of these people is also protected and make sure that they get their due credit for the work done.

The same is the scenario with Kantha embroidery which is made by women in West Bengal and Orissa. The knowledge of this embroidery was passed down from their ancestors. It was used by the women to make a quilt out of different small pieces of cloth for a new born baby. The traders saw a financial opportunity and started selling the quilt at different locations without giving due credit to the women behind the making of that quilt. Because of such practices the women lose out financially, which in turn is responsible for their low status in the society. To protect the misuse of traditional knowledge the government has started a Traditional Knowledge Portal, but the problem is that this portal considers only traditional medical knowledge and not cultural knowledge. Therefore, the knowledge that has been passed down from mother to daughter is open to exploitation by traders/corporations.

There are many other instances where the rights of women are infringed and no action is taken. Don’t you think that when a rock band uses a folklore which is specifically sung by the women of an area; should give them royalty/profits that accrue to the band or if that is too much atleast acknowledge their contribution? It is not only the financial aspect; but we should also look at it from the morality point of view.

Thus, there is an urgent need of policies that encourage women to innovate as well as change certain laws that have a good intention but a flawed implementation.