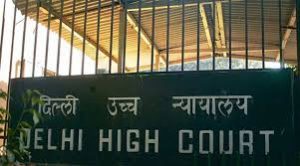 As readers may recall, while the in-built principle of Section 20 of the Civil Procedure Code (“CPC”) is that the place of institution of a suit should have a certain nexus with any one of defendant’s place of residence, place of business, place of work or where the cause of action has wholly or in part has arisen, the Copyright Act (vide S.62) and Trademarks Act (vide S.134) make a departure from this principle and give plaintiffs the liberty to sue even at plaintiff’s own places of business. One of the main concerns that had arisen with respect to the territorial jurisdiction in copyright and trademark infringement suits was that the Plaintiffs regularly indulged in forum shopping and attempted to circumscribe the jurisdiction in which they had to actually file the suit.

Coming to the facts of the decision at hand (Federal Express Corporation v. Fedex Securities Limited and Ors.), Plaintiff runs multiple services, including transport, e-commerce and business services under the trademark “FEDEX”, and has its registered office in Memphis, USA. Defendant No.1 provides financial services to Indian corporates while the other two are subsidiaries of the first Defendant, providing similar services.  By using marks, which are deceptively similar (including their websites www.fedsec.in, www.fedexindia.in) to the Plaintiff’s mark, Plaintiff alleged that the Defendants were infringing its trademark and sought for mandatory injunctions against the Defendants. Defendants filed an interlocutory application under Order VII Rule 10 of the CPC, seeking for return of plaint, contending, inter alia, that the Plaintiff failed to establish its right to invoke jurisdiction of the Delhi High Court.

Plaintiff sought to establish its right to invoke jurisdiction by stating that: 1) Defendants have serviced many of its clients in Delhi; thus, “carrying on business” in Delhi for the purpose of S.20 CPC, 2) Defendants’ services were offered and widely advertised through their websites, which was accessible all over India, including in Delhi, 3) offers made by the Defendants in their capacity as merchant bankers were published in dailies all over India, including in the Delhi editions of such newspapers and 4) Plaintiff has a branch office and a number officers in Delhi for the provisioning of its services. Thus, Plaintiff seemed to hint that it satisfied the requirements of both CPC and Trademarks Act for the purpose of invoking jurisdiction.

Defendants sought to counter the above by contending that mere posting of a passive advertisement in the forum state which does not allow the viewer to enter into a commercial transaction through such a website cannot give rise to a cause of action in such forum state. Furthermore, even if the website was an interactive one allowing for customers in forum state to conclude commercial transactions, unless it is proven that such website was tailored to specifically target the audience in the forum state, no jurisdiction can be claimed. More importantly, neither was the Plaintiff’s registered office situated in Delhi nor do any of the Defendants have their place of business in Delhi for the purpose of invoking the jurisdictional provisions.

The learned Judge, Justice RK Gauba, begins his analysis by reproducing the ratio in IPRS v. Sanjay Dalia, 2015 10 SCC 161 (“IPRS”), as quoted in Piruz Khambatta & Anr. V. Rajmohan Rupaji Modi and Ors., 2016 SCC Online Del 6494.The key point he brings out from IPRS is that no Plaintiff can bring a suit at jurisdictions where its branch offices are situated even when the cause of action, in whole or in part, has arisen within its principal place of business. Further analysis proceeds on the basis of the above principle in IPRS and he goes on to examine if the Plaintiff, despite having its principal office in Mumbai, has made out a case for invoking the jurisdiction of the High Court in Delhi on the basis of the claim that part of the cause of action has arisen in Delhi. After relying on a number of precedents, the Judge points out that “insignificant or trivial part” of the cause of action having arisen in a place cannot be the decisive factor for invoking jurisdiction of a court in such place. Moreover, the Judge rejects the Plaintiff’s contention of courts in Delhi having jurisdiction by virtue of the Defendants’ websites being accessible in Delhi, by placing reliance on Banyan Tree Holdings v. A Murali Krishna Reddy, 2010 (42) PTC 361 (Del.) (DB), wherein it was held that the cause of action by virtue of website access in a forum state may only be established if the Defendant can be shown to have specifically targeted consumers in the forum state and the same resulted in an injury or harm to the Plaintiff.

Factually too, the Judge finds the Plaintiff’s case to be on a weak footing as the material produced does not show the Defendants are working for gain in Delhi and in fact identify their place of business as Mumbai. On the basis of these findings, the Court concludes that even assuming the facts pleaded in the plaint to be true, the Plaintiff has failed to make out a prima facie case in its favour. The Judge concludes by pointing out that the Plaintiff intentionally suppressed the fact that its registered office is in Mumbai in order to avail of the jurisdiction of the court in Delhi.

On the basis of the above findings, the Court allowed the Order VII Rule 10 application of the Defendants while at the same time granting the liberty to the Plaintiff to present the plaint before the Mumbai High Court.

Thus, the decision marks another instance of courts disallowing Plaintiffs a free run without sufficiently establishing a cause of action in a jurisdiction other than the place where the registered office is situated.