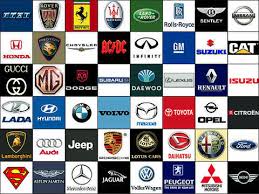 The new Trade Mark Rules, 2017 recently notified and discussed over here on SpicyIP, have generated a lot of buzz for creating a new procedure that allows the Registrar to declare trademarks as ‘well known’. The new Rule 124 allows any trade mark owner to file a request in Form TM-M requesting the Registrar to declare a trademark ‘well-known’. As most of our readers may know, the ‘well-known’ tag is the ‘holy grail’ for trademark owners – everybody wants it but very few will get it.

Once a trademark is declared to be ‘well known’, by a Registrar of Trademarks or a court of law, the Trade Mark Registry is bound under the law to not register any trademark that is identical or similar to the ‘well known’ trademark across all classes of goods and services. Similarly at the time of infringement proceedings, a ‘well known’ trademark can be asserted against defendants dealing in entirely different goods or services. For example, ‘Google’ has been declared a well-known trademark under Indian law, which means nobody else but Alphabet Inc. can register ‘Google’ in any of the other class where it has not already been registered by Alphabet or use ‘Google’ to sell goods or services in any industry and not just the internet industry. The commercial implications of being declared a ‘well known’ trademark are therefore tremendous.

Prior to the enactment of Rule 124, a Registrar or a court of law could declare a trademark well known only during opposition, rectification or infringement proceedings. Rule 124 however creates an entirely new procedure to recognize well known trademarks. This procedure is different from opposition, rectification or infringement proceedings in that the latter are adversarial in nature with both parties presenting evidence to back their claims and the Registrar is required to resolve these conflicting claims through a reasoned order. The trigger for these proceedings is a legal event that is not usually within the control of the trademark owner i.e. it is the alleged infringer or opponent who sets in motion the events leading to the proceedings that can result in a trademark being declared ‘well known’. The new Rule 124 allows the trademark owner to set the ball rolling without requiring any infringement or opposition proceedings. The rule does impose some vague duty to “invite objections from the general public” but this process is fundamentally different from opposition, rectification or infringement proceedings where an opposing party has already asserted its rights against the trademark owner.

The crucial question at this juncture is whether Rule 124 is constitutional? Rules, which are delegated legislation, draw their legitimacy from the parent statute. In this case the Trade Mark Rules, 2017 draw their legitimacy from the Trade Marks Act, 1999. This legislation however does not delegate to the Central Government the power to create an entirely new procedure to recognize well known trademarks. Section 157 of the Act which lays out the rule making power of the Central Government under the Trade Marks Act, 1999 is silent on the issue of well known trademarks. There is a residuary provision in Section 157(xli) that gives the Central Government the power to make rules for “any other matter which is required to be or may be prescribed”. Like all provisions conferring residuary powers, this provision is widely drafted however a residuary provision is still bound by the two most important principles of delegating legislative power: The first principle is that delegated legislation cannot be in conflict with the provisions of the parent legislation. Secondly, an essential legislative function cannot be delegated by Parliament to the Executive – the In re Delhi Laws judgment is quite clear on this issue.

The new Rule 124, I would argue, goes against both principles. The rule reflects an entirely new policy to recognize “well-known” trademarks through a procedure that is not an adversarial proceeding (as is the case currently). In fact, the new procedure is in conflict with the adversarial procedure recognized in Section 11 for a trademark to be recognized as well known. Unlike the Section 11 procedure which required an opposition, rectification or infringement proceeding to trigger a adjudication on whether the trademark is well-known, Rule 124 allow a trademark to be recognized as well known by simply making an application to the Registry. The requirement to “invite objection” is fundamentally different from an opposition or rectification hearing because it does not guarantee a right to be heard. This entire procedure is alien to the scheme of the Trade Marks Act, 1999.

The true fear with this new procedure is that it places immense powers in the hands of the Trade Mark Registry, which as we all know is one of the more corrupt agencies in the IPO – we are all aware of Registrar’s Kasturi’s arrest and conviction on charges of corruption. The possibility for abuse of power is ably aided by some rather strange provisions in the Trade Marks Act, 1999. In particular Section 11(9) of the Trade Marks Act makes it clear that the Registrar shall not require as a condition, for determining whether a trade is well-known, any of the following, namely: (i) That the TM has been used in India; (ii) That the TM has been registered; (iii) that the application for registration of the trade mark has been filed in India; (iv) that the trade mark is well known in or registered in any other jurisdiction other than India (v) that the trademark is well-known to the public at large in India. Why should a trade mark be recognized as ‘well known’ in India if it not well known to the public at large? Isn’t that the entire point of being a ‘well-known’ trademark?