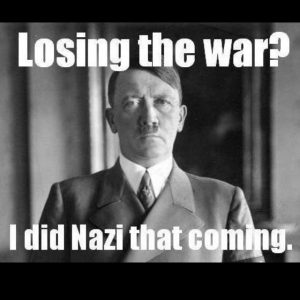 In the first part of this post while searching for the mythical good trademark, I gave you an example of a company titled ‘Nirbhaya rods’, engaging in willful perniciousness: the company knew that a rod was the instrument of choice for the rapists, yet made the conscious decision to go ahead and name it as such anyway. What if we alter the facts a little? What if I told you that the company was situated in a rural part of India, with little to no knowledge of the happenings of the outside world? Think India’s rural version of North Korea sans the tyranny. And let’s say that Nirbhaya was the name of the proprietor’s favorite dadi (grandmother), who inspired him to create his own metallic rod store, and in turn he wanted to venerate her by naming his company after her. Ignorantia juris non excusat, but surely the same rigid standards aren’t applied to a lack of general knowledge about current events, due to socio-economic conditions or a mundane bout of ennui. So that brings up the question, if the owner of the TM was not aware of the difference connotations, images and thoughts that arise due to the mention of the TM, and one of those connotations is as heinous as an instrument of rape, should he/she still be allowed to register that Trademark? I understand why some of you might think this entire discussion is moot, the hypothetical examples I provide are quixotic at best and paradoxical otherwise. What is the chance that someone, in an era of globalization, in the information age nonetheless, hasn’t heard of a tragedy that shocked a nation right? Well, what if I told you that the examples I indicated earlier are actually based on real life events? Welcome to India’s obsession with Hitler.

You read that right, Hitler. As in Adolf Hitler, as in the Jew-hating, mass murdering maniac, who killed more than 6 million Jews and other “impure” individuals in concentration camps and attempted to establish a pure Aryan race throughout the world. However, that is not the idea of Hitler that people have in India. In India, “Hitler” is used as an adjective to describe a person who is bossy, cantankerous, or ill-tempered, not genocidal. You might remember Zee TV’s show, “Hitler Didi” from a couple of years ago. The show, about a no-nonsense aunt, was later renamed to General Didi, after the Anti-Defamation League, a group which attempts to prevent anti-semitism, complained about the tone-deaf and ignorant titling of the show. Unfortunately, that is far from the only usage of Hitler in India. Hitler has been a popular mascot for a host of Indian business, including Indian Ice-cream vendors, Clothing stores, advertising companies, Indian cafés, pool halls, and even as swastika-patterned set of bed linens called, I kid you not, “The Nazi Collection.” (As an article in the Daily Beast notes, the irony of the last item, of course, is that Hitler essentially stole the swastika symbol from Indian art.) Hitler has infiltrated pulp fiction to such an extent, that we have movies named after him, Hero Hitler in Love, a Punjabi comedy was about a man with an explosive temper, the Hindi film Gandhi to Hitler, was a sympathetic portrayal of the dictator’s last days (Gandhi once wrote to the Führer), and even Mollywood’s thespian “Mammookka” acted in a 1996 film named Hitler, about a man so nicknamed because he is short-tempered, domineering and permanently irked with the youngsters of the surrounding neighborhood for stalking his sisters! What is disturbingly common to all these businesses apart from their nomenclature, is that their proprietors don’t understand what all the hoopla is about!

Take Rajesh Shah, the co-owner of Hitler, a menswear store in Gujarat, he said that his shop was named after his business partner’s grandfather owing to the grandfather’s strict demeanor. (Last I read, the company has renamed themselves owing to strict censure from the Jewish community. Ironically when the controversy initially hit the Clothing store in Ahmedabad, they displayed a Gandhi T-shirt in the window). Or take Neeraj Kumar, the producer of Hitler Ice cream. He told the Hindustan Times that, he named his batch of cones after his uncle. “One of my uncles is a short-tempered and strict man, so we nicknamed him Hitler, I thought, ‘Why can’t we have a little fun at the expense of my uncle and name the cones after him!’ That was how the name originated.” After receiving scathing comments about the moniker he chose, Kumar went online and found out about the Holocaust. “I want to tell them repeatedly that the name was not given considering Hitler’s bad political steps and what they call as the Holocaust. I was not aware of any such bad thing,” he said. Remember the illusory uninformed company I alluded to earlier? Not so fantastical anymore, huh? When Hitler ice creams went viral on social media and the twitter-verse was up in arms over the use or abuse of Hitler’s name, Shashi Tharoor tweeted, “Height of tastelessness; Indian ice-cream named after Hitler. Would the Germans name a sausage after Godse?” Therefore, clearly the educated Indian is aware of the holocaust, while the uneducated Indian languishes behind in the claws of apathy.

Hitler in India: An Origin Story

This of course brings us to the question, why is the term Hitler merely used as a surrogate for an ill-tempered individual, and not used as a synonym for a genocidal dictator? Is there a rapid rise of anti-Semitism in India? I think not. While there probably isn’t a simple answer to this question, we can definitely start with the severe lack of a robust Holocaust education in India.  As ridiculous as this sounds, Holocaust awareness in India is limited, and large sections of Indians are not aware of who Hitler actually was and what the Holocaust meant. In fact, in Indian public schools, the Holocaust is not even taught. In fact, when the Times of India had to do an article about the spread of Hitler influenced companies in India, it had to explicitly mention what the holocaust was! Additionally, Hitler was fighting against the British in World War II, which many Indians immediately assume means that he was pro- Indian. German history is taught in many places to mean that had Hitler not weakened the British during World War II, Britain would never have agreed to India’s Independence. Therefore it might not be an exaggeration to say that for some, Hitler is an anti-colonial hero.

The Chancellor of TM Law

What does all this have to do with TM law? Quite a bit. On a quick perusal of the Trademark, “Hitler” I found that there exist a couple of entries for the TM on a wide gamut of products in Classes 5, 9, 13, and 27. Unfortunately I was unable to find whether the individual TM applications had in fact been granted, objected or rejected, but the decision to grant a TM for a product named after Hitler lies at the crux of our discussion thus far. Is a Hitler based pharmaceutical a “good trademark”? It is distinctive, sure, but is it morally acceptable to use the name Hitler, a universally tarnished name? (Much to the chagrin of those who used the name ‘Hitler’, before Adolf Hitler spawned in Braunau am Inn, Austria. A must watch documentary for those interested in this is called “Meet the Hitlers” by Director Matt Ogens, which explores just how much a name can influence an identity à la the Shakespearean quote from Romeo and Juliet at the beginning of this article). Simply put, can witlessness of an issue serve as a valid excuse for registering a TM on a morally contentious subject matter?

My 2 cents on the subject, is simply that the TM office has a greater duty than merely accepting or rejecting TM applications, it also has a duty to educate people as to the cause of rejection, and therefore to instruct them that apathy in any scenario is unacceptable. It is possible that such a decision might be perceived as uppity, ignoring the use of Hitler in Indian Culture and adhering to Western diktats. As Rajesh, a pavement book-store owner who sells several copies of Mein Kampf every week said, all he knew about Hitler was “Bande ne bas ek book likha aur wo bestseller bangaya. (The guy just wrote one book which made him a bestseller).” In this case, I’d rather be a sensitive snob rather than an insensitive plebian.

P.S- For making it through this long winding post, here’s a small gift to you from the Fuhrer himself. You’re welcome.

Complement this Reading with: