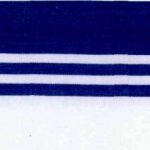 I had earlier written on the trademarks obtained by Missionaries of Charity. In the absence of reliable data, I had made several conjectures and therefore, the whole picture was not set out.

At this juncture, we are lucky to carry an article written by Ms. Latha R. Nair, one of the top IP lawyers of the country, on Trade Marks and Charitable Organisations. She is a partner with the IP boutique, K&S Partners and has blogged many a times for us. Please note that this article carries her personal views.

On December 12, 2013, the Kolkata based Missionaries of Charity (MoC) filed three trademark applications for the above depicted mark with a claim of use since August 1, 1948. The details of these marks are as follows:

MoC, the applicant in this case, is a non-trading, charity body and this article is triggered by a Spicy IP post that dealt with trademarks obtained by MoC. The article seeks to examine why charitable organisations should own trademarks though they do not trade in goods or services.

First, the story behind the blue-and-white-striped sari

A blog appearing on http://www.motherteresa.org/08_info/Sari.html, which appears to be the website of the Mother Teresa Center in California gives a background to the blue-and-white-stripe-bordered sari that was brought to fame by Mother Teresa (now known as Saint Teresa of Calcutta in the Catholic Church) and her charity.

If you are a believer, the author of the blog, Stuti Das states that, in 1946, Mother Teresa, who was already in India by then, had a mystical encounter with Jesus Christ when he asked her to go and serve the poorest of poor in the slums and told her that she should dress in simple Indian clothes like his mother, Mother Mary, and that her sari would become holy because it would be the symbol of God. Mother, upon receiving permission from the Vatican, moved to Calcutta. On August 8, 1948 (incidentally, the date of these applications), she bought a pair of white saris with three blue stripes and requested her spiritual director Father van Exem to bless them. The blog further states that Mother wore the now famed sari for the first time on August 17, 1948.

The blogger states that, in her interview with Sister Gertrude, the second nun to join the MoC, recollected that Mother selected the blue border for symbolic and practical reasons. Symbolic, because the colour blue is associated with Mother Mary and purity. Practical, because those days women who swept the streets of Kolkata used to wear a similar kind of a sari and the sari helped the nuns to identify themselves with the poor.

True to her calling, in 1958, Mother entrusted the weaving of these saris for the sisters in the missions world over with Gandhiji’s Prem Niwas at Titagarh, a centre for leprosy patients ostracized by society, so they could work with human dignity. Missionaries of Charity has apparently been paying them for this work.

Indeed, there is a story behind every trademark…

What prompted the MoC to get a trademark for the blue-and-white-stripes?

Media reports quote the lawyer for MoC that there have been attempts to misuse the blue-and-white-stripes to receive donations and that the public is deceived into buying mementoes, memorabilia and books with the blue-and-white-stripes, believing that the proceeds are going to the MoC. This led to a need to protect the identity of the organisation and the trademarks were accordingly filed.

Any trade mark owner in the place of MoC would have done the same thing.  If the media report is to be believed, the blue-and-white-stripe mark appears to have become distinctive and associated with the MoC because it is apparently worth copying – so it is surely worth protecting.

Why should charitable organisations own trademarks?

That brings us to the question as to why charities should own trade marks when they do not trade in any goods or services. It is not a novel fact that charitable organisations own trademarks.  Like that of a trading entity, a charity’s name or logo can become an identification point. For example, Oxfam, Greenpeace or our very own IDIA. 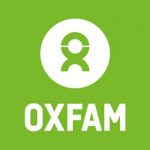 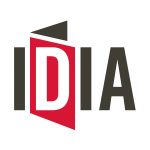 Images from here, here and here

While a trading entity earns its revenues by trading in the goods or services by using its trade or service marks, the only means of revenue for a charity, which is a non-trading entity, is to raise funds. For raising funds, it is important for a charity to be identified as a ‘somebody’; else a donor would be concerned about getting duped by an unknown entity.  And for that identification, it is imperative that a charity owns a trade or service mark.

To illustrate, the chances of success in raising funds to educate an economically weak law student by an unknown entity would be an uphill task than it would be for IDIA, which is now an established and known charitable organisation working in that specific field. Approaches by unknown entities seeking funds for purposes, which are claimed to be charitable, are viewed with much suspicion in the current times. In such context, trademarks act as enablers for judging the quality of charitable services. Often donors skip that must do research on the credibility of a charity when a strong trademark is involved because it gives the donor a much-needed assurance that the funds will be honestly and effectively used. Hence, the role of trade marks, namely, being a strong source identifier, is indispensable in charitable organisations.

That charities are entitled to register trade marks is also reflected in the Nice classification which identifies and lists services pertaining to charitable organisations under class 45 thereof.

Also, Section 2.3.3.2 of the guidelines of the European Union Intellectual Property Office for examination of community trademarks lists out the guidelines for proof of use by such entities which states that where the mark is protected for not-for-profit enterprises for their goods or services, and the mark has been used, the fact that there is no profit motive behind the use is irrelevant.  In that context, the guidelines go on to quote from the judgment of 09/12/2008, C-442/07 ‘Verein Radetzky-Orden’ and states that ‘the fact that a charitable association does not seek to make profit does not mean that its objective cannot be to create and, later, to preserve an outlet for its goods or services’.

The question before the Court of Justice of the European Communities in that case, in the context of a non-use cancellation against the mark of a charity, was as follows:

“Is Article 12(1) of [Council Directive 89/104] to be construed as meaning that a trade mark is put to (genuine) use to distinguish goods and services of one undertaking from those of other undertakings in the case where a non-profit-making association uses the trade mark in announcements for events, on business papers and on advertising material and that trade mark is used by the association’s members when collecting and distributing donations inasmuch as those members wear badges featuring that trade mark?”

The Court answered the question in the affirmative.

Applying that ratio to the blue-and-white-stripe-bordered sari, if the nuns of MOC have been wearing the said sari while performing their charitable services since 1948, they are indeed using the said mark.  Also, the story narrated at the beginning indicates that they have been using the said distinctive sign on their saris since 1948. My limited research on the internet for letterheads of the MoC has not revealed any use of the mark on letter heads etc. In fact, type-written letters from the Mother appearing on the internet are all simply on white paper signed by the Mother with a seal of MoC. Even assuming that the same has not been used on class 16 goods, in view of the above discussion, there is nothing that stands in the way of MoC or the law in their use of the same as a trademark for such goods. Yes, charities too can own trademarks!