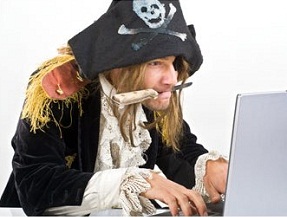 An estranged member of one of India’s most popular torrent websites, which goes by the name ‘Tamilrockers’, has given an interview that sheds much light into the modus operandi of the website in particular and the world of torrents in general. While the interview offers numerous fascinating insights into the functioning of torrent websites, if there was one key takeaway from the interview, it is that everyone is in on it, including you and me. As Mr. Bhaskar Kumar, who used to be an administrator of the website before falling out with the other members of the page, rightly points out in his interview, it is the immense demand from the viewers that keeps the industry thriving despite the possible repercussions (including the threat of arrests looming large over the administrators of such websites). Some of the key techniques employed by Tamilrockers to obtain pirated copies of new releases as per the interview are:

1. Leaking unedited copies from film studios exhibiting premiers: One of the most common ways is to negotiate with staff members of film studios, which exhibit the preview screenings of a movie. Once the copy is procured from the film studio in exchange of a consideration, the torrent sites then reach out to the producers a few days before the release of the movie with threats of releasing the movie online in case their ransom demand is not accepted. If accepted, a cut of the same goes to the preview theatre as well. If the demand is not accepted, pirates always have the option of publishing it online and generating ad revenue.

2. Exploiting the loopholes in the Worldwide Film Distribution Technology (“WFD”): Another common method is to ‘double route’ a streaming link provided under the WFD, which is a method through which the theatres are given a secure link to stream a movie. Again, by striking a deal with the theatres, pirates get access to these links and stream it to their systems.

3. Direct recording: The crudest and may be the most common of the lot is to pay people to actually go to theatres and record the movie.

Although the interview demystifies many of the mysteries around the functioning of torrent sites, it does not seem to have done much damage to the business of the website, with the latest Tamil flick, Mersal, being released on the site on the day of its release itself.

Nevertheless, the Tamil movie industry has sent out a clear warning of its intention to track down the page administrators by releasing pictures of a few of the identified administrators on social media. Although concerted efforts from the movie industry may be a good step to stem the piracy menace, it is obvious that the phenomenon will continue as long as the demand base continues to remain high.