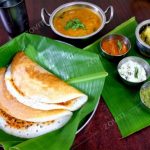 [Image from here.] This is a well-written judgment which is on expected lines. The judgment is a value addition to the extant jurisprudence on trademarks / passing off since it deals with the psychological impact with respect to ‘deceptive similarity’ and ‘confusion’.

The appellant, M/s. Adiga Sweets challenged the legality of the judgment dated 18.09.2013, passed by the XVIII Additional City Civil Judge (CCH No.10), Bengaluru City. The learned judge had decreed the suit for permanent injunction in favour of the respondent-plaintiff, M/s. Vasudeva Adigas Fast Food Pvt. Ltd.

The respondent-plaintiff had adopted the trade name “adiga’s”, for running their fast food joint in 1993. In 1994, the trade name was changed to “Adiga’s Fast Food”. Later, the respondent opened their food joints in different parts of Bangalore under different names such as “Adiga’s Delicacy” and “Adiga Majestic”. In 2007, the respondent adopted the name of “Vasudeva Adiga’s Fast Food”. The respondent obtained trademark registrations for “adiga’s” in Class 30 and Class 42 and “Vasudeva Adiga’s” in Class 42.  [The judgment has, however, based its reasoning on passing off.]

The respondent filed a civil suit, namely O.S.No.15369/2005, against the appellant-defendant for permanent injunction against using the mark “adiga’s sweets”. By the impugned order dated 18.09.2013, the learned trial court decreed the suit in favour of the respondent-plaintiff. An appeal is filed against this decree.

As per the Supreme Court judgment, the following factors are to be considered for deciding upon “deceptive similarity”:

The weightage of each factor will be dependent upon the factual matrix.

Psychological impact with respect to confusion in trademarks

The High Court relied on scientific study pertaining to psychological aspects of trademarks: “9. There have been plenty of studies in the United States of America where the psychological impact of confusion in trademarks have been studied. For, as Justice Felix Frankfurter observed in Mishawaka Rubber and Woolen Mfg. Co. v SS. Kresge Co. [316 US 203] “the protection to trademark is the law’s recognition of the psychological functions of the symbols”. Mr. Jacob Jacoby in his article, “The Psychological Foundations of Trademark Law: Secondary Meaning, Generism, Fame, Confusion, Dilution.” states that “The brand names serve as information ‘chunks’. They represent core nodes in the memory around which other ‘associated information is connected and organized’. Given, only a familiar brand name, a host of relevant and important information can be efficiently called into consciousness.” The brand names serve as the ‘information chunks’ “enabling the consumer to efficiently organize, store, and retrieve information from the memory. Indeed, when consumers engage in pre-purchase decision making, brand name information turns out to be the most frequently accessed type of information.” According to the author, “incoming information is interpreted in terms of prior knowledge. Moreover, the process of retrieving information stored in memory to interpret new stimuli is not done with conscious deliberateness, but unconsciously and virtually instantaneously, generally within the first two hundred milliseconds after apprehending the incoming information.” The author concludes that “In sum, we do not need to pay attention to every single aspect of an external object (i.e. product, advertisement or store) before using what we have in our memory to interpret and identify that object. Instead, in interpreting the outside world, we generally rely in a process called ‘pattern recognition’. When sufficient number of features represented in the incoming information match the pattern of features of a pre-existing cognitive network, we tend to fill in the details and interpret the object as an exemplar of that network. The greater the similarity between the pattern of information extracted from the outside object and the pattern of information stored in a cognitive network, the greater the likelihood that one will be confused into thinking that the latter is an exemplar of the former.” [The Trademark Reporter, Vol. 91 No. 5 September-October, 2000].”

Based on the aforesaid principles, the Court came to the following conclusions: