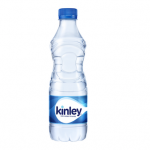 This is a case of ex parte proceeding concerning trademark dilution. We had dealt with identical legal issues earlier. Therefore, this post is more of a revision for lawyers. [For Prof. Dev Ganjee’s thoughts on trademark dilution, click here.]

As the plaintiffs’ evidence had gone unrebutted, the evidence adduced by the Petitioner was accepted as true and correct. The Supreme Court in Ramesh Chand Ardawatiya Vs. Anil Panjwani, (AIR 2003 SC 2508), held as follows:
“33. ………In the absence of denial of plaint averments the burden of proof on the plaintiff is not very heavy. A prima facie proof of the relevant facts constituting the cause of action would suffice and the court would grant the plaintiff such relief as to which he may in law be found entitled. In a case which has proceeded ex parte the court is not bound to frame issues under Order 14 and deliver the judgment on every issue as required by Order 20 Rule 5. Yet the trial court should scrutinize the available pleadings and documents, consider the evidence adduced, and would do well to frame the “points for determination” and proceed to construct the ex parte judgment dealing with the points at issue one by one. Merely because the defendant is absent the court shall not admit evidence the admissibility whereof is excluded by law nor permit its decision being influenced by irrelevant or inadmissible evidence.”

The Plaintiff No. 1 is the registered proprietor of the arbitrary mark KINLEY in class 32, which is primarily used by the plaintiffs in relation to drinking water. The plaintiffs stated that they came across the use of the mark “KINLEY” by the defendants, in relation to water purification systems using reverse osmosis, where the defendants falsely claimed to have launched their water system in collaboration with the Plaintiff no.1’s Indian subsidiary, the Coca Cola India Pvt. Ltd., whereas, in fact, no such collaboration existed. Further, the investigations conducted by the plaintiffs revealed that the defendant no.1 was openly advertising its product, and that the mark KINLEY was displayed prominently on its advertising and promotional material. Also, a search of the trademark register was conducted by the plaintiffs and the same revealed that the defendant no.1 had also applied for registration of the mark KINLEY bearing Application No. 2329491 in Class 11 for the specifications “water purifier, water supply and sanitary purpose” claiming use since 1st April, 2011.

It is pertinent to refer to Anubha’s excellent post on trademark dilution. As she rightly pointed out, the Delhi High Court judgment in Bloomberg Finance LP v Prafull Saklecha widened the scope of anti dilution protection of trademarks in India, thus lending more clarity to the concept. Section 29(4) of the Indian Trade marks Act, 1999 embodies the concept of Trademark Dilution. A trademark is diluted when its uniqueness is lost owing to its unauthorised use in relation to products that are not identical or similar to the product of the trademark owner. In relation to lesser known yet identifiable brands, the test of likelihood of confusion applies as laid down by the Supreme Court in T.V Venugopal v. Ushodaya Enterprises. Dilution of trademark essentially happens in relation to a ‘mark with reputation’ as per section 29(4) of the Indian Trademarks Act. Prior to the Bloomberg judgment, there was ambiguity surrounding the meaning of the term ‘mark with a reputation’ as against a well known trademark. Going by the Delhi HC judgment, marks which do not qualify as well known trademarks do also enjoy anti-dilution protection.