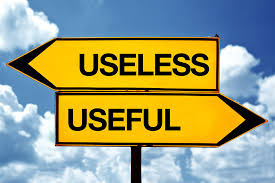 We’re glad to bring to you another guest post by our Fellowship applicant, Rishabh Mohnot. Rishabh is a 3rd year student at National University of Juridical Sciences (NUJS), Kolkata. This is his second submission for the Fellowship. The first submission can be viewed here. Rishabh had also written a post for us last year during his internship.

Utility or Futility: When Should a Patent Be Revoked on the Ground of Inutility?

Under the Patents Act, 1970, Section 64(1) provides a number of grounds for revocation of a patent. One of these grounds is the non-usefulness or inutility of the patented invention. The relevant part of the section reads as: “Subject to the provisions contained in this Act, a patent… may be revoked…on any of the following grounds that is to say-…(g) that the invention, so far as claimed in any claim of the complete specification, is not useful.” In this post, I dwell upon the question that how should the utility of a patented invention be determined while considering a petition for revocation of the patent.

The question requires a discussion on two broad themes – first, the date on which the utility of a patent must be examined and second, the understanding of the concept and threshold of ‘usefulness’.

Date on Which the Utility of a Patent Must be Examined

Traditionally, courts in India have held that the determination of utility of a patent application must be made as on the date of application. If a patent is to be revoked, so must be done on grounds that existed prior to the application date. To illustrate, a petition to revoke a patent for lack of novelty cannot be made by adducing proof of art that came into existence after the date of application. The general rule that has developed, therefore, is that any event that has occurred subsequent to the grant of the patent does not affect its validity.

This is perhaps the simplest solution to our question. As a rule, any event that has occurred subsequent to the date of application cannot be considered when determining the validity of the patent. This would include, ostensibly, even those events that result from failures of the patented device itself. However, this rule is not a direct answer to our question, and would constitute an unjustified expansion of this rule of temporality.

In the context of utility, this rule of temporality has generally been applied to prohibit developments in the particular field of technology from affecting the utility of the granted patent. To illustrate, this would mean that the invention of CDs would not invalidate the patent for floppy disks, even if they effectively replaced them. This, however, is distinct from the hypothetical created by our question, where the floppy disk would be replaced not because of other developments, but due to inutility of its own accord (perhaps due to systemic glitches that only reveal themselves after protracted usage). A development that directly relates to the performance of the device for which a patent was granted is distinct, therefore, from developments that occur independently of the granted patent, over which the patentee has no control.

The statutory provision for revocation on grounds of utility, unlike certain other grounds [for example, Section 64(a) and (b)], does not hinge on a temporal aspect. Since it is not specifically prohibited, it is possible to argue that the utility of a patent may be assessed even after the date on which the application was made.

Further, a post application date assessment is not entirely alien to the field of intellectual property rights. Under trademark law, trademarks lose their validity on account of ‘genericide’. Genericide occurs when a trademark is deemed to lose distinctiveness due to its usage in society. To elucidate, consider the case of ‘Xerox’, which began as a trademark for a manufacturer of photocopy machines, but subsequently became synonymous with the term ‘photocopy’, thereby losing its distinctiveness.

From a moral perspective, considering post application events for revocation, especially those directly emanating from the patented device itself, is not unfair since the patentee is directly responsible for the same.

One more important aspect needs to be considered – when does a patent become useless? And what is the threshold under which utility is determined?

In Farbwerke Hoescht AG v. Unichem Laboratories, the Bombay HC held that the quantum of utility required is minimal. It interpreted the provision as ‘a choice for the public’. The commercial utility or viability of a patent remains irrelevant. To illustrate, this would mean that a floppy disk does not fail the test of utility in the present day, despite it being practically useless to the consumer today.

However, in my opinion, if a patent becomes practically useless on account of its own failures, its validity may be saved by highlighting the technical advancement made by the patent. For instance, consider a patent, which, in its specifications asserts rights over the recipe of a chemical solution that effectively dissolved basic substances due to the reaction between two compounds that was previously impossible to engineer.  This solution is marketed as a cleaner of tough stains. In my opinion, even if this solution subsequently fails to clean tough stains of its own accord, then its utility may be preserved by the ‘technical advancement’ that it has brought about by enabling a reaction between two chemical compounds. Such an interpretation would be consistent with the dicta of the Bombay HC, if ‘public’ were interpreted to include not just consumers, but also producers and people of skill in the art that may use this technical advance to make further breakthroughs.  It is important to note that the stain-cleaning ability of the solution, in this example, has been excluded from the specification of the patent, effectively making such a benefit of patent ancillary rather than the main thrust of the patent.

Therefore, it is possible to argue that the technical advancement claimed by a patent is sufficient to render the patent useful. It may be time, now, to shift focus from an idea of utility that flows from the way the patent is marketed, to the underlying aspects of technological advancement and evolution that they claim.

In the context of our question, this means that the consideration of revocation of patents on grounds of utility must not only take into account the practical or marketed use of patents, but also the scientific or technical advancement that they represent in their respective fields of technology.