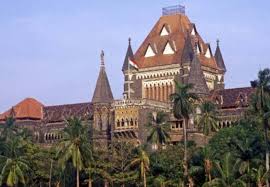 On April 15, 2019, the Bombay HC imposed costs of Rs. 5 crores in its order in Nippon Steel & Sumitomo Metal Corporation vs. Kishor D Jain & Anr. Nippon Steel, represented by Remfry and Sagar, filed a suit when they received a complaint made to them by Yanbu Steel Company, a trading company based in Saudi Arabia, about the quality of some Carbon Seamless Pipes which were to be used in oil plants. The company informed Nippon Steel that they were falsely induced by the defendants to believe that these pipes were manufactured by Nippon. It was later discovered that the pipes were manufactured by a third-party manufacturer. The defendants duped the company by affixing the Nippon Steel’s trademarks on the pipes and providing forged certificates bearing Nippon Steel’s trademarks/logos to the company.

Justice J.S. Kathawalla opened his order with Mahatma Gandhi’s famous quote “There is a sufficiency in the world for man’s needs but not for man’s greed”. He made pertinent observations on the necessity of good quality pipes in sensitive areas; if pipes in oil plants do not meet the requisite quality and standards, they are bound to lead to accidents and disasters.

Noting that there was a need to send out a serious message and to deter other such unscrupulous entities from providing spurious pipes, the Court decided to deal with the matter with an “iron hand” and imposed Rs. 5 crores costs on the defendants. The Court further directed that the costs were to be paid to the Tata Memorial Hospital, a charitable organisation based in Mumbai.

It is interesting to note that the Bombay HC has imposed exemplary costs in the past citing similar concerns. (Divij had previously reported about a Bombay HC order in which exemplary costs of Rs. 1.5 crores were imposed for trademark infringement of pharmaceutical products.). The Court’s direction to pay such costs to Tata Memorial Hospital, while well-intentioned, is subject to scrutiny. In a post on a Delhi HC order imposing costs in a trademark infringement matter and directing the same to be used for planting trees, I had questioned the Court’s authority to deal out directions which were unrelated to the heart of the dispute. Irrespective of whether the Court has the power to deal out such directions related to the usage of costs, it is heartening to see the Court take a hard-line approach to such cases of counterfeit having wide public health and safety implications.