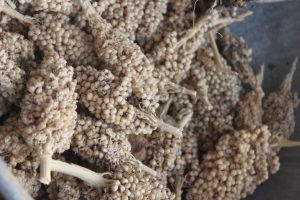 There is, fortunately, another way. For some while, PI Radick, as a historian of science, has been re-examining the debate that broke out over Mendel’s experiments after the 1900 rediscovery of his paper on them.[1] The debate was most intense between the Cambridge-based William Bateson, who did more than anyone to promote Mendel’s work as the foundation for a new, experimental, quantitative science of heredity,[2] and the Oxford-based W. F. R. Weldon, who, before his untimely death in 1906, went further than anyone in developing a serious biological critique of early Mendelism.[3] To Weldon, Mendelism represented a backwards step for biology, at a moment when the most impressive work coming out of experimental embryological laboratories in Germany and elsewhere at that moment was reinforcing a lesson that thoughtful biologists already regarded as well established: that, from organs to organisms, the characters that are manifest, expressed, visible depend fundamentally on what is interacting with what. Change the nature of the interaction, and you can change the character.  Dominance is not, as with elementary Mendelism, an absolute property of a character, but is relative to conditions, and can be variable as conditions alter. In Weldon’s view, the needed science of heredity was one that gave due prominence to the influence of surrounding conditions on the effect of a bit of chromosome on a body, rather than marginalizing it as a (slightly annoying) complication.

Did this debate matter? Perhaps something like a determinist “genes for traits” notion was inevitable, if not in 1900 in Europe, then sooner or later somewhere or other. But then again, perhaps if Weldon’s interactionist emphasis had been more successful than it was – had he lived long enough to finish his book about it, had he acquired acolytes who sought to extend and defend it (Bateson attracted brilliant ones), and so on – we might now have introductory genetics textbooks that look different from the likes of iGenetics, helping to create students with different ideas about how heredity works, who go out into the wide world and think differently, choose differently, act differently…

To test this second possibility in a preliminary way, Radick and colleagues ran a pilot-scale teaching experiment, for which they developed teaching materials designed as if they had come from a “counterfactual” past in which genetics had become Weldonian rather than Mendelian.[4] In this experimental curriculum, students were not launched on the study of genes with a look at what now appear to be wholly unrepresentative systems, e.g. crossings with artificially purified pea varieties.  Instead the students were taught from the beginning, and throughout, that genes always have the effects they do against particular genetic backgrounds and within a given range of environments, with “environments” glossed as expansively as possible. For these students, the first, exemplary case for thinking about genes was in relation to the condition of a human heart, where genes, themselves of diverse kinds with diverse interactions, are just one of a large range of heterogeneous elements in the causal mix. And when these students did meet Mendelian patterns, they encountered them not as the Truth around which to hang everything else, but as a special case, interesting precisely because so unusual. Rather than being taken for granted as what heredity looks like when environments do not interfere, Mendelian patterns should excite curiosity about the special circumstances under which they can come about.[5]

In sum: a Mendelian curriculum is no longer the only option when it comes to introductory genetics teaching.  The Weldonian curriculum shows promise as a curriculum that, in better alignment with 21st-century understandings, helps students grasp gene action as always taking place in a context, with results that in consequence can be hugely variable.

Charnley, Berris, and Gregory Radick. “Plant Breeding and Intellectual Property before and after the Rise of Mendelism: The Case of Britain.” Max Planck Institute for the History of Science Pre-print Series  (2008): 51-55.

Radick, Gregory.  “Beyond the ‘Mendel-Fisher Controversy’: Worries about Fraudulent Data Should Give Way to Broader Critiques of Mendel’s Legacy.”  Science 350 (9 Oct. 2015): 159‒60.