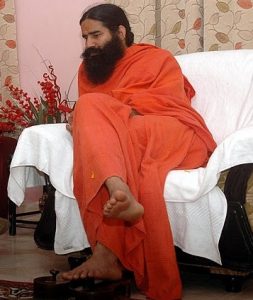 On October 23, a single judge of the Delhi High Court – Justice Prathiba M Singh – issued an interim injunction directing Google, Facebook, YouTube, Twitter and other unnamed intermediaries to take down on a global basis, defamatory content uploaded on their platforms against Baba Ramdev (‘Judgment’). The Judgment is significant as it went beyond the conventional mode of ‘geo-blocking’, whereby the take-down of URLs is limited to specific geographic locations.

The present Judgment is only a link in a rather longish chain of litigation surrounding the publication of a book titled ‘Godman to Tycoon: The Untold Story of Baba Ramdev’ by Priyanka Pathak-Narain. Upon the publication of the book, Ramdev approached the Delhi High Court alleging that it contained portions which were defamatory to him. An ex-parte ad interim injunction was granted by the High Court in May 2018, after which the Supreme Court directed it to expedite the hearing of the case and decide it by September that year. Subsequent to the SC order, in September, a single judge of the High Court restrained the publication, distribution and selling of the book and directed that certain offending portions be deleted. The direction itself was interim in nature as it was made subject to the final outcome in a civil suit between the parties.

The Judgment under consideration though stems from the publication of certain videos, which were based on the offending portions of the book, on the defendants’ platforms. Although, in January this year, the Court had passed an interim injunction directing the defendants to disable access to the offending URLs and weblinks for the India domain, no direction was passed on Ramdev’s request for global blocking. Through this Judgment, the Court sought to address this request for global blocking.

Although the intermediaries were willing to carry out geo-blocking thereby limiting accessibility of offending content in India, Ramdev argued that this was an ineffective solution. This is because internet users in India could still access such content using VPNs and other mechanisms. Thus, the only effective remedy was to issue a global blocking order, submitted Ramdev.

Internet intermediaries argued that such a global blocking posed many legal difficulties for them. Primarily, given the varying standards of defamation law across jurisdictions, disabling access across the world may put them on the wrong side of the law in jurisdictions with a higher threshold for establishing defamation. A number of other arguments were raised, including that the plaintiff’s reputation is localized in India and thus geo-blocking is sufficient, and despite the cause of action being one in personam, the suit was filed by a Power of Attorney holder.

Although the Judgment runs into 76 pages, the reasoning in favour of a global blocking order is found in page 63 onwards. It is important to note at this point that since the impugned videos were admittedly based on the portions of the book which had already been held to be prima facie defamatory, the Court does not make a separate assessment of whether the videos are defamatory in nature.

As to the rationale for global blocking, the Court relies on the safe harbour provision for intermediaries – Section 79 of the Information Technology Act, 2000 (‘IT Act’). It observes that in order to avail the immunity provided therein, intermediaries have to disable access to the offending material residing in or connected to a computer resource. Relying on the definition of “computer resource” in the IT Act, the Court goes on to hold that it is not merely a single computer but “encompasses within itself a computer network, which would include a maze or a network of computers. Such a computer network could be a global computer network”. Thus, for an effective adherence to the intermediary obligation under S.79, removal or disablement has to be effected on the computer network completely.

The Court thereafter reasons that jurisdiction to direct removal is vested with a court where the uploading of offending materials takes place. Thus, if the uploading takes place from an IP address located in India, then Indian courts would have the jurisdiction to direct removal from the entire computer network. It further observes that the obligation to disable access would be incomplete if users can gain access to off-shore platforms of the defendants. Additionally, the obligation to disable access, as envisaged in S.79, is not limited to disabling access to users located in India. Thus, the Court concludes that geo-blocking does not sufficiently fulfill the obligations on intermediaries.

The Court sums up its reasoning by stating that: “so long as either the uploading takes place from India or the information/data is located in India on a computer resource, Indian courts would have the jurisdiction to pass global injunctions”. But, the Court notes in a later portion that if the material is uploaded from a location outside India, but disseminated in India, then intermediaries need to only geo-block.

One of the main reasons why the Court favoured a global blocking order was that an “injunction order passed by the court has to be effective”. Nevertheless, as the Court itself acknowledges, the race between technology and law is a ‘hare and tortoise race’. This is very much true of the global blocking mechanism devised by the Court. As noted by the Software Freedom Law Center, it is not difficult to technologically outwit the Court’s jurisdiction. Using VPNs, a user located in India can easily mask the IP address and make it appear as if the material is being uploaded from outside India, negating the Court’s jurisdiction.

Another sticking point in the Judgment is that the Court effectively brushes aside key countervailing arguments in relation to freedom of speech and conflict of laws. It addresses these arguments by merely noting that they have to be balanced against equally hefty values like right to reputation, national security, national integrity etc (without actually undertaking a balancing exercise). As Gautam Bhatia had argued at the time of the ex-parte injunction last year, Indian courts seem to increasingly view freedom of speech as a mere annoyance to be brushed aside when confronted with competing claims.

Moreover, consider what will happen if courts across the world join in on the global blocking bandwagon. This would make it easy to approach a domestic court in any part of the world with a propensity to pass such orders and obtain a global censorship. What this would do to free speech is imaginable.

The Judgment has now been challenged by Facebook before a Division Bench, which has refused to grant a stay. Nevertheless, it has restrained any contempt action being taken against Facebook till it decides the appeal.